RTL Today got some phone time with the 'Phonics bass player ahead of their return to Luxembourg in February. Here's part one of Stephen Lowe's chat with Richard Jones.

Me huddled in my bedroom in Germany and Richard Jones a founding members of one the UK's most enduring bands (check out part two here).

'Sut ydych chi'n' is the opening phrase. It is met with silence. 'Ddiwrnod da' is the hopeful follow up.

"Ahhh, that's good day, thanks Stephen, yeah, I'm not the most proficient in Welsh..."

I may need to reconsider these opening gambits and drop back to the old faithful...how are things?

"All good thanks, yeah, it's wet and windy in the UK at the moment ain't it?" Aside from the general doom and gloom that pervades, Richard Jones is as you would expect of a chap that has been in a hugely successful band for 27 years. He's contemplative and guarded, he's direct and he's generous. I've had the good fortune to have chatted with him on three other occasions on the band's forays to the GD and at each point he has remained the same charming and friendly person. Even if, at over 6ft, he can seem a little intimidating.

After our Welsh language misstep, I'm keen to get things back on track, early word for 'Kind', Stereophonics' 11th long-player, is...erm, kind, and for a band that have stayed the tests of time (there have been incredible downs to balance the highs), it seems that a new tour is just what the doctor ordered.

"It's been well-received, yeah, and, I mean, obviously, that's what every band would like, from every release. When we went in to record the album, this or any of our ones in the past, we never thought about acclaim or reception, you are just in that creative process."

Jones is meticulous in his preparations one would assume and though there's the overriding sense that being in a band with his mates is what's most important, he would not put his name to anything half-assed, or to excuse the irony of the interview medium, simply phoning it in. "You want to do the best you can do, with what you've got in the studio, and in some ways, we've been very lucky."

It is a cheap tactic to ask a band if they are happy with the reviews they get, as on the one hand the interviewer is looking for the artist to defend their output and/or rail against the reviewer etc etc, but often, this 'loaded' approach opens up a different array of topics. In the case of the Stereophonics, releasing an 11th LP, is it still the case of being certain there's an audience still out there? Jones is adamant that there is but is desperate to not rest on laurels or assumptions.

"It's always like that (uncertainty), we never take anything for granted, we are the type of band who don't like repeating ourselves and are our own worst critics. We want to try and highlight something new about the band on each release we put out there. And, on this one, I think it's a bit more introspective from Kelly's (Jones, no relation, long time friend and singer) point of view, with the lyric writing."

These are broad, generalist comments Jones makes, our first exchanges are guarded, the Welshman speaks in a very slow, measured way, he does not simply let his mouth go on ahead for him, but then he lets me in a bit. Just a touch, the door left open a crack.

"The honesty on this album...[pause], I don't think we've hit upon that for quite a while. When we go into the studio, some songs are already formed and others need a bit more work. But with this one, I got the feeling that everyone wanted to be a bit more spontaneous and just record what they felt that song needed. And it really worked out that way for a good deal of the songs on the record...I'd say about 70% of them."

How did the tracks for Kind germinate?

"It's always a different process, you don't want to be set in your ways and each of us wants to challenge ourselves as well. For me, there were probably about five songs that Kelly had demos of, where it was just him and some instruments... he'd send them around and we'd play to them instinctively rather than learning where the song was going, and often times that how it was in the studio."

Again, it cannot be escaped, Stereophonics have been a hard working band that have gigged a helluva lot over the past few decades, there must be a point where there's temptation to let the autopilot kick in...not so says Jones; "Erm, I think that's mainly down to the audience really. How they react to and receive a song, you can feed off that energy. And, once you've recorded a song and start to play it live, to a crowd, they turn into something else entirely."

The band thrive on the interactions, whereas some would become frustrated with trotting off the hits, 'Phonics lean into it.

"When the audience gets involved to the point that they are singing along and are really into it, then the songs are the audience's and not really the band's anymore."

And what about timing the songs so that there are no...rushes to the bar?

"Swapping and moving songs around - and we have eleven albums worth - every couple of nights, means that we can keep things fresh. But, to be perfectly honest, the band is in such a good place at the moment, that we really don't mind what's in the set."

Aaaahhh, the setlist, such a tricky thing to navigate, how on earth do you balance keeping the fans happy, the label happy and to not drive yourself crazy..."We're playing two hour sets, so in that, the main bulk is probably four or five from the new album and then we've got...there's usually about 23 songs in the setlist, so we try and split them up. Obviously the BIG ones, the hit singles, they're in there to keep everyone happy. We call that the skeleton of the set and we mix everything else around that." 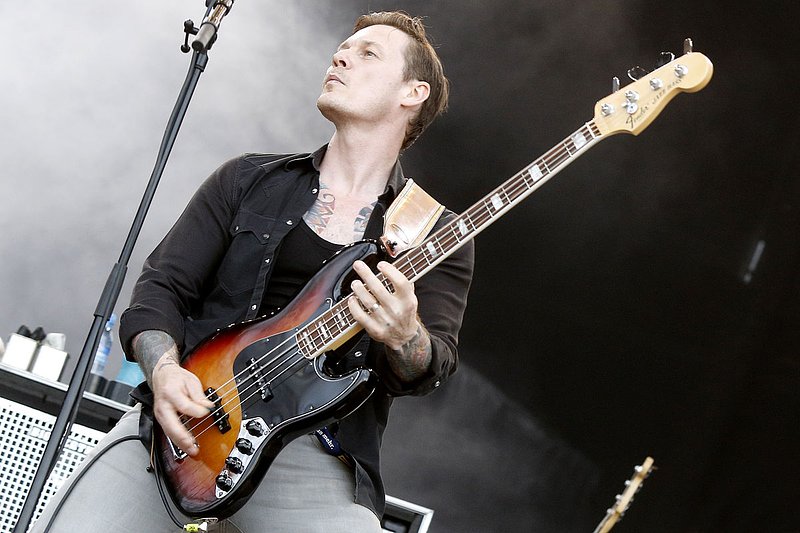 For an act that has been around the globe and has seen any number of places, experienced any wonder of things, do you just trawl the lands of the same, or venture into the unknown and risk playing to an empty crowd? OK, sure, in the case of the 'Phonics that would be unlikely but still..."We try and incorporate new audiences and to be honest it's getting a little easier to locate where to play and stuff, what with music streaming and all that, so you can pinpoint which region really likes your music, so you tend to focus on them or you can flip it and focus on the up and coming regions."

It certainly takes the risk out of it, using modern technology to assist a band still in love with the vintage.

"You can certainly see something start to take off, but for us it's looking at what the band is really made of. We love playing new places. For the past three years we've been playing Mexico and the reception has been brilliant. A new audience can always give a band a new lease of life for the next albums and the new tours and gets everyone excited about new music too."

There was an article written a few years ago (2017 - Time Magazine) that suggested Stereophonics were the BEST BAND YOU HAD NEVER HEARD OF. For a group that had sold millions of records were selling out tours in Europe and making waves in Asia, that must have been slightly galling. "We knew of the article, yeah, it was an interview we were doing actually in New York, we did not know that was the angle they were looking for. But this was the American market and we were not really known there. I mean we'd played there 15 times on tour but not playing the same size venues, or enjoying the stature of some other comparable bands from the UK at that time. It gave us something to work with."

"There's a lot of things we can do that would help us in other markets and it would be great if we could take the show we are able to do...like the arena shows in the UK, it would be brilliant to take those shows everywhere and really show people what we could do."

It's this desire to improve that goes a long way to indicate why Stereophonics survived the great indie-cull. Where dozens of bands shot to fame only to be dropped when tastes got back on the swings and the roundabouts. It must be humbling playing one stage to 50,000 then flying across the Atlantic to play a venue of one or two thousand; "It is yeah, sometimes it is frustrating because you know that the music would work, especially when a song or album catches fire on one region but does not really catch on somewhere else. You are wondering what can be done. We are hardworkers, it's always been part of who we are."

I ask Richard are there any songs, that when he sees the band are playing them he gets a bit dizzy, or short of breath. He laughs but is trademark taciturn. "There can be, it's usually when you incorporate the new songs and have not performed them enough yet to have learned them inside out. You know playing the new songs in the set is always going to mean a bit of nerves, as it's really the first time anyone is playing them...outside the studio setting and in front of an audience. Not that we play the older songs on autopilot, but you do know where you are, in terms of the composition."

Check back on Monday for our second part AND a wonderful competition in the offing.