Read on for part two of Stephen Lowe's interview with Tamino!

In nearly every article or interview I have read in prepping this chat (read pt.1 here), all have fixed on Tamino's voice - itself a wondrous thing, such a rich timbre and tone and one, not unlike the Buckley comparisons could fill a room with no amplification, does Tamino appreciate that his voice is the focus? "Well, it makes sense to focus on what is obvious, I am sure, in time, people will think, or consider the work as a whole rather, than just 'the voice."

Tamino has always sung this way, and to maintain his 'sound' he needs to sacrifice a number of things; "I use the whole range. You can express in so many ways. Different colours and qualities. I look at my voice in the same way I look at guitar pedals...in terms of the tones and the sounds you can use. I have to take care of my voice, absolutely, yes."

"I really don't live a rock n roll life. My sound guy just had a baby and he had the realisation that I was living exactly like his pregnant girlfriend. No drinking, no smoking....I mean, while I am on tour, at home it's different (laughs) but on tour I have to take care."

Tamino is not afraid of hard work, in fact, it just this very approach that Tamino suggests has been key to his success thus far.

"I do like the dynamic of performing with two, maybe three musicians, there's a lot of interaction and perhaps the possibility for a bit of improvisation.

"Touring should kind of become comfortable, you can get positives from a routine of playing the same type of shoes, but you don't want to be too comfortable...I am excited, for the moment to be doing these different size shows...for example, in a week or two we have an arena show in Belgium and we will play the Olympia in Paris, but next year, in March, I will go back to play the USA in 400 to 500 capacity clubs for solo shows." 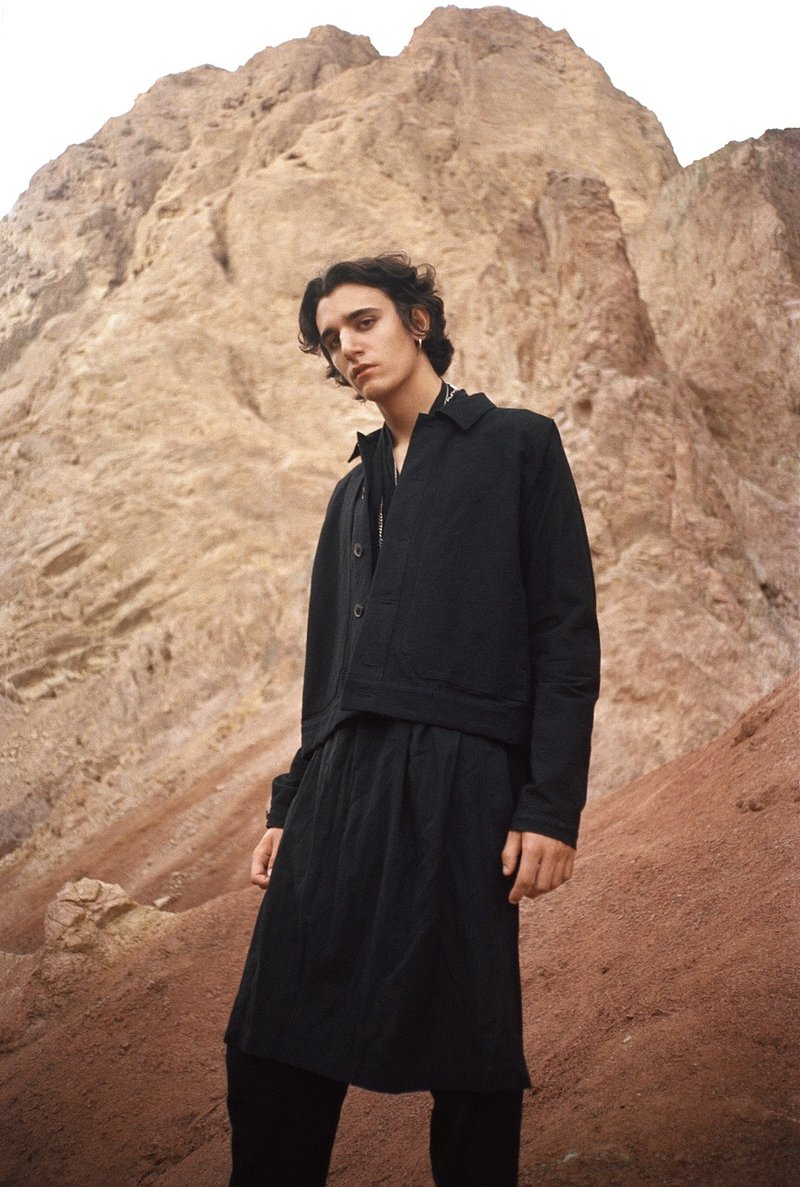 Surely, the repeated requirement of upping of your game and downsizing your scale would present issue..."Yea, it is kind of a mindfuck...sometimes. But it is definitely exciting."

Throughout our phone call Tamino returns to the theme of culture mixing and how he loves the blending of styles and genres. This explains why, then, Tamino's music takes so many cues from traditional Egyptian music of the 40's, 50's, 60's and the lavish productions of some of the more modern day troubadours.

Tamino's background is an elephant in the room, and it should not be, but it remains there sulking around, smacking its trunk sullenly on the desk. Being that I want to ask if the 'interest' around his upbringing and his roots has been a help or a hindrance, it is hard to address the topic without it becoming more than it is.

For the first time in the interview, Amir is lightning quick with his response, "Yeah, for sure, it comes up, sometimes too often. But in small doses it's fine - when I am asked questions about me as an artist and musician primarily then I am always thankful for that. It's logical that when a first record is released that the things on the surface are the focus of the interviews rather than the 'work' itself, you know?"

So it becomes clearer, the reluctance and the reticence at the outset of the interview, where Tamino is, perhaps, waiting for the inevitable to happen. "Look, I really enjoy interviews like the one we are having, it's also, of course, been a conscious decision of mine to bring my heritage to the fore in my recordings. Songwriting is a very subconscious process for em but the recording itself is a very conscious one - it is a very focused way of working where you have to think about every choice you make."

"I chose to record with an Arabic orchestra and I am very proud of my heritage as well, and why wouldn't I be. So, it's not been a hindrance, I think it has actually drawn additional attention to the music but at the same time, because the songwriting process is so mysterious, I don't even know what will happen....if, for some, reason, my next songs will all be country songs, then, so be it."

We laugh, but Tamino has a point, "No one will have a say in it other than me."

In terms of inspiration, aside from the dusty vinyls he listened to as a child and familial influences, Tamino won't be drawn on particular touchstones, he "likes what he likes".

"I read a lot, or I try to read a lot. I take inspiration from music and movies and I spend time away from gigging and try to 'experience' things." Some of the materials that pique Amir's interests are balancing reading between fiction and non-fiction - currently he is wrestling with A History of God by Karen Armstrong, "SUCH a big read (chuckles)" and hes just finished a really good novel but the name escapes him for the moment.

"We don't watch a lot of stuff on the tour bus but when I am at home I'll catch a movie and my favourite from a couple of years back was Phantom Thread  (from Paul Thomas Anderson’ and starring the GD's very own Vicky Krieps) - I love PTA."

This type of movie is exactly the kind that I would expect Tamino to love. Anderson's framing and attention to detail coupled with the brooding tensions and artistic flourishes blend seamlessly with those of Tamino's soundscapes. Despite his love for film and film scores, soundtracking is not on Amir's To-Do List, "I would have to adopt the manner of just doing it it, I mean, I CAN read music, I just never...I don't write it down. I think it would have to be a collaboration with a professional arrange, so, yeah that could be pretty cool."

A collaboration is also not something in Tamino's immediate plans, whether that would be due to his own process or clashes with a third party is unclear..."I'm not sure how that would work out, I've never done it before. It's such a personal process that I would find it awkward."

In terms of the process of writing, rarely do the songs come fully formed; "Sometimes it's a lyric, sometimes a melody or harmony. It all depends. Lately, I am trying to force myself to start with lyrics, I find it very interesting."

A tamino is a magic flute and if Tamino the person wanted to pick an instrument unto which he could bestow magical powers which would it be?

"Just the capability of mastering all the instruments. But not being a master of them forces me to learn and from that comes creativity, so..."