The first few moments of RTL Today's interview (read pt.2 here) are punctuated with the normal pleasantry based questions, icebreakers if you will, and entirely NO ice being broken. Each subtle probing for the feel of the interviewee is met with a simple 'yes'. While this is by no means dishonest, it is disarming, off-putting AND in no way makes for a good read/experience.

Tamino (Amir Moharam Fouad) is 22 years of age, something he is a little irritated about being remind of, and is highly gifted as both a musician and as a songwriter.

It could be that his relative youth and the interest in his heritage have created a barrier that Tamino waits (not hides) behind while he sizes up the motives and intent of his friend/foe. The thing is, phone call interviews make it a little tough to strike up a rapport with someone who is guarded and shy. There is a lot to be said for seeing the whites of someone's eyes when you talk to them.

That said, Tamino, after warming slightly, is a joy to talk with, opening up about the challenges of modern music, playing to new territories and having to generate just the 'right amount' of mood during live shows.

For someone who began piano at 14 and had more than enough to-ing and fro-ing between Belgium and Egypt (following the split of his parents: something else that inevitably gets discussed), Tamino's (nee Amir) musical variety and dexterity belies his cover model looks and other such easily typed stereotypes.

Tamino's is an old soul, and his outlook is just as a dramatic landscape as you might hope. With that in mind, Tamino quickly wrong-steps your most nervous and not-so nimble editor with a couple of dry retorts.

This is our terribly clumsy (almost) opening exchange:

RTL Today: I just thought (after 30seconds conversing in English), English is going to be ok, insn't it? My French is terrible.
Tamino: So is mine...
RTL Today: Ah, yes, but my Flemmish is also rusty (as in nonexistent).
Tamino: I don't blame you.
RTL Today: {flustered - audibly so} erm, how are you today? (Cringes infinity)
Tamino: Fine!
RTL Today: {floundering} Erm, the reason, I ask that is, that people who listen to your music, might assume you to be quite dramatic or...intense. Is that how you feel in general or does that relate more to a notion of a persona?
Tamino: I feel like that everyday. All the time.

There is a pause. One that is far too long to even be uncomfortable. Even annotating this interview now, I am deeply embarrassed. I will wear the cone of shame...except, it isn't as bad as I fear.

There is a moment where I consider that this may be the start of my most difficult interview since I walked out on Phoenix (arrogant and unfriendly - them not me...on this occasion) and when Greg Dulli, of the Afghan Whigs suddenly went cold on me after I brought up rabble rousing with Mark Lanegan.

Amir is just f-ing with my chi.

The sigh of relief on the recording is deafening.

"If I pick up a guitar, or whatever...I don't know....", Amir often trails off mid-sentence, as if distracted by something, another realm perhaps, where interviews are not a necessary evil.

"I guess I am melancholic, that there's melancholy within me, but that doesn't mean that I wake up sad every morning." 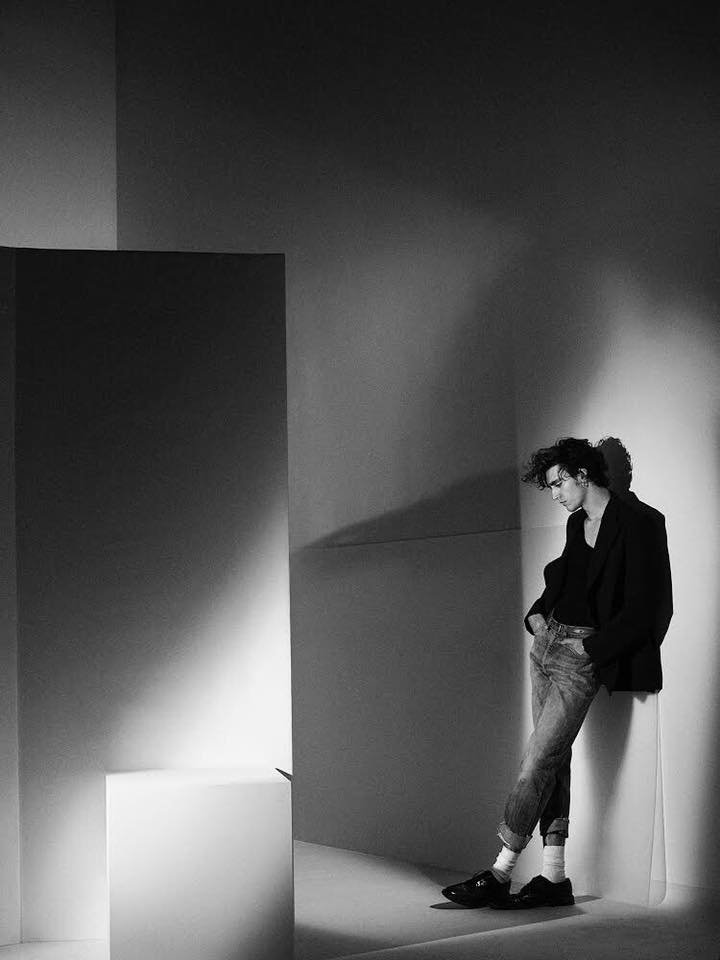 Listening to Tamino's creations, it is hard not to be impressed and on tracks such as the sublime Cigar, you can feel the sorrow and the pain drenched in the lavish production. It is this juxtaposition which makes him such an exciting prospect. Though it is not all doom and gloom, it is clearly not all sunshine and rainbows either; "Its found its way through my music. I mainly, or rather, usually... I don't really like happy songs all that much....so, you could say that sad songs make me more happy than happy songs do."

There are ways to feel positive emotions though feelings of sadness and desperation and some of the world's best known tracks are borne from despair, but if the shades are continually dark, it makes for a grim listen and Tamino knows this all too well.

How hard is it to separate the artist on stage and the musician off it? Is there even a difference... "[long pause and sigh] I don't 'act' on stage. I'm not dressing up, I am not playing a character...It is just me. I would say that onstage there are different 'stages of self'. Do you know what I mean? You try to be transcendent. Sometimes that works and sometimes that doesn't but you can't deny the different layers and depths of your personality."

"It's only really when I am writing that I feel close to that feeling outside of performing. That being said, I consider them to be two very different things."

Tamino's music, it is fair to say, requires investment and a certain balance of atmosphere...if the audience does not buy in, does that hurt his performance in any way? "I do my thing and...it's not like I... I do prefer the crowd to be with me, of course, but at the moment... I have given my life to performing...it has to be 'worth it', you know?"

I don't 'know', how could I? Having never really played an instrument, save for a few months in the attic of the family home as a teen, this commitment is alien to me.

"If you're driving, flying....travelling for this (touring music)...there's a lot of emotional and financial investment for what you are doing. So it's natural to want that feeling of energy coming back to you during the show. In the end, that's what it is all about. I will never say that the audience does not matter....how the crowd is acting, when the truth it matters a great deal to me."

Different venues and different audiences present a different kind of challenge.... "I can't really pin down any one place where things have been, you know....'better'...I've played three shows in Belgium at the same place, for example... the Ancienne Belgique, and every night has been very different. Of course there are cultural differences between each county, but even within the same country you can experience very different reactions."

Modern marketing for an artist who's music harks back to the past can be tricky, is it more difficult to position yourself as a musician in a chart or a playlist flooded with quick pop songs? Tamino thinks not, his position is that pop songs have always been around and why should that change, or rather why should that change his view on releasing music? "I don't think it is any different now, to be honest...there were quick pop songs as soon as radio was invented. I mean, the throwaway songs of the 60s are not really remembered well, are they? It's mainly the classics, music that had meaning back then, that we are remembering now and we are still listening to that now. The only difference is, of course, the internet and the access to...the fact that you can spread music way faster...so there is, possibly too much...it's saturated. But then, there are many more platforms available on which to get yourself heard." 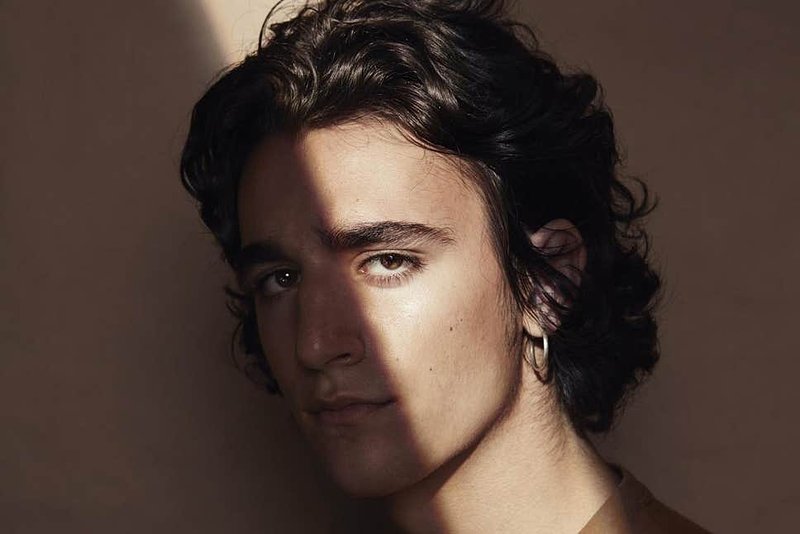 The main issue that Tamino has, when comparing the generational change, is the impact that an artist had by being championed on radio or MTV, back then it meant a lot to be featured. Yet with so many outlets screaming at your attention reserves it is a crowded place. "It was way harder then, I think, but I don't consider it difficult at all, to be honest. I find it quite nice to be able to make music in this time - I don't want to give in to the quick addiction that everyone seems to have. In just releasing three low-quality records in one year. NO, that's not for me, I want everything to be good and want to take my time over it."

Grandiose in delivery but delicate and intimate in moments too, the scope and sweep of the Tamino sounds lends itself to orchestral flourishes, though it is not an ambition to perform backed by the orchestra at any given opportunity. Tamino likes to keep them separate, "When you make a record, it has to represent what you made when you take it on stage....I mean, in line (laughs)... but I don't want to perform with an orchestra just because I have recorded with them.... and it IS a LOT of work too."

As an upcoming artist, however, though one enjoying success in a kinda relative Belgium, I wonder if Tamino finds there to be a certain disconnect between people when they meet the person behind such soulful music? "What I have noticed in the crowds, is that there are all ages....that is really nice, as it means that my music has stretched beyond hype. Like it's not aimed at hipster, though there may be some in the audience (laughs) and that is also fine."

This is something that Amir strives for reaching many ages and diverse cultures and that is one of the most pleasing things about his journey thus far.

Tamino has to tailor his stage show to that of the size of the venue, meaning that sometimes it's a big band show, others it's a stripped back solo performance and this variation is refreshing in many ways. "Everywhere, it feels like we are doing the same kind of thing but without repeating ourselves...first, I play solo...in a new territory, then we come back with the band and build the audience. So, it's the feeling to reach a certain amount of audience everywhere."

He means that the numbers don't bother him, but it is nice to be able to play the same size of venue...to really hit a groove..."I really like to play a two or three thousand capacity venue... those are really nice and so, if one day that would be possible, all over the globe, then I would be very, very satisfied..."