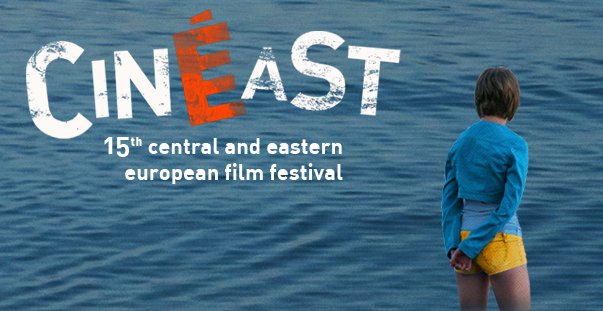 Melissa was joined on the phone by Radek Lipka, Festival Director of this year's Central and Eastern European Film Festival.

RTL Today Radio's Melissa Dalton chatted on The Home Stretch with Radek about the festival that has been taking place since 2008.

This year's edition features directors from 21 CEE countries over 18 days, screened in a dozen cinemas in the city of Luxembourg and other towns. The films include a selection of outstanding fiction, documentary and animated films from Albania, Belarus, Bosnia and Herzegovina, Bulgaria, Croatia, Czech Republic, Ukraine and more!

Melissa and Radek spoke about the sheer amount of films, exhibitions and even charity projects that will be on display during the festival. When asked about this year's programme, Radek simply said "it can't be summarised."

There's so many activities on the docket that the team decided to have a double opening! Twice as much fun as a usual opening night event.

While there is a particular focus on Ukrainian films this year, Ukraine is not actually the focus country of the 2022 CinEast festival. Make sure to listen to the full interview here on RTL Play or via the player below to find out which country has officially been selected!

This year's Cineast festival only runs until 23 October, so make sure to check out their website before it's too late!