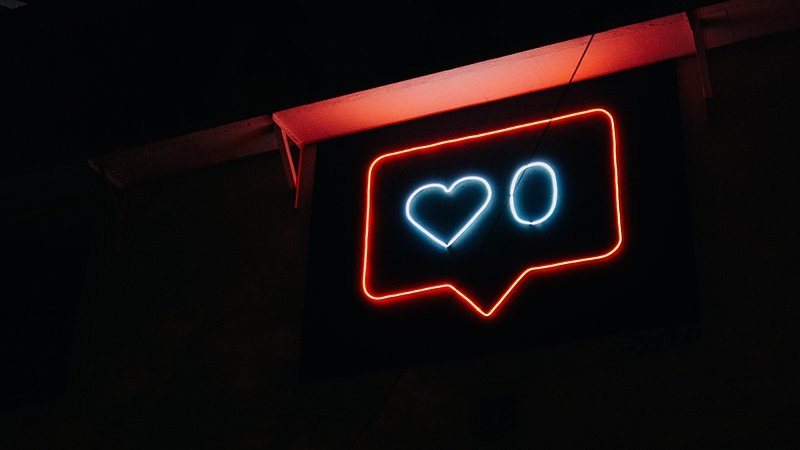 © Photo by Prateek Katyal on Unsplash

Recent events on twitter have led many to once again question the usefulness of social media as a concept. Is it all doomed? Would we all be better off to just unplug and return to sending distant relatives one post card a year? As is so often the case, the answer is probably a bit more nuanced than that.

If you have spent any time online recently, you have no doubt heard about the absolute chaos that has been unleashed on twitter since the network was purchased by the world's richest man. Perhaps you are even a twitter user yourself and have witnessed the mayhem first-hand.

While fake verified accounts have taken trolling to another level and both twitter and Meta have laid off thousands of workers, numerous articles have popped up and wondered whether this might be "the end of social media." Since I have been a social media user since around 2009 (earlier if you count MSN Messenger as an early form of social media), I thought it might be interesting to take a proper, honest look at it all. Social media: Is it all it's cracked up to be? Does it have a future? Let's find out.

What is arguably bad

One thing social media networks are certainly very good at is raising the blood pressure of their users to dangerous levels.

Engagement is king and social media algorithms are programmed to seek it at all times. And since controversial and polarising topics tend to trigger the biggest reactions – and thus high numbers of comments and shares – the algorithms make sure to feature them prominently on a network's feeds.

If we choose to engage with this stream of endless outrage, we are almost certain to encounter insults, harassment, bullying, and bad-faith arguments whichever angle we choose to take on an issue. Why yes, it's easy to be mean online: The cosy distance of a cold screen protects us from any real consequences.

But the posts we see on social media are not just emotionally exhausting, they are also often false or at the very least misleading. No wonder, the algorithms do not care whether something is right or wrong. If something gets clicks, it gets pushed – simple as that. And since everything in our feeds is presented the same way, many lose their ability to distinguish credible sources from manipulative conspiracy theories.

Some also argue that social media has obliterated our attention spans. Short-form content has been all the rage for a while now, and most definitely since TikTok shot to fame. Reach is granted to the greatest common denominator and the most popular posts are thus often depressingly bland and uninspiring.

There is no doubt that many aspects of social media as we know it today are broken. What is important to point out, however, is that they are not "broken" in the sense that they do not work. On the contrary, the vast majority of platforms work just like they are intended to. The toxic aspects are not accidents, they are deliberate design choices – a subtle, but important difference.

What is often forgotten

Social media networks have provided a space for a global conversation on an astonishing scale.

On the smallest social level, they have allowed us to stay in touch with people with whom we would have easily lost contact in the past. Some found people and even relatives that they thought they would never see again.

By connecting us, social media has also boosted our collective power. Since the algorithms regularly clutter our feeds with fights and scandals, it is easy to miss the frequent display of heart-warming empathy that is going on at the same time. In my many years on twitter, for instance, I have seen countless waves of support for many genuinely great causes. Lawyers stepping in to prevent the illegal deportation of refugees, IT specialists helping victims of anonymous online harassment to expose their trolls, spontaneous donations to struggling families…

The sheer number of social media users also means that practically every community is represented in some form, somewhere on the internet. As a result, we have the chance of being exposed to things we would never have been exposed to otherwise. I do not think I am exaggerating when I say that some of the most impactful self-discoveries I have made in my life were the direct result of coming into contact with communities on social media. I have learned about the realities of people that I would have never known about had I just relied on what I experienced in school or even in day-to-day life.

Misinformation and conspiracy theories have indeed thrived on social media, but we should not forget that credible sources are also accessible in a way they have never been before. If you make the effort to seek it out, you will find a vibrant and highly motivated academic community, from twitter to TikTok, that regularly share the results of their research or raise awareness about their specific field of study. On a typical day, I read three to four highly interesting posts by researchers or science communicators that I follow and each time, I end up knowing just a tiny bit more about the world than I knew when I woke up that morning.

And, of course, let's not forget about the invaluable role social media plays for those in the world fighting the "big" fights. Perhaps one of the most topical examples at the moment are the ongoing protests in Iran. Were it not for the numerous videos, pictures, and posts shared and translated by relatives, I would not know half of what I know about this struggle. Losing these communication channels would be disastrous for activists across the world.

Social media is here to stay

I have always thought that generalist statements condemning all of social media as "bad" or "harmful" are silly and incredibly reductionist.

Social media networks are a tool of sorts, and as such they are neither good nor bad: they are what we make of them. If someone used a shovel to bludgeon a person to death, we would not demonise all shovels and reminisce about the good ol' days when we still used our hands to dig.

There are also ways we can improve our own social media experience. Since the algorithms reward engagement, we can subtly "curate" our feeds by interacting with interesting and meaningful content. We should also not hesitate to block, mute, and filter where necessary. No one is entitled to appear in our feeds, they belong to us and us alone. Think of them as digital rooms of your home: If you don't want certain people in there, you have every right to remove them from your space.

In the context of the twitter meltdown, an entirely different form of social media networks has also gained prominence. Federated, decentralised, open-source platforms have recently seen an astounding increase in new accounts, with most notably the "twitter alternative" Mastodon gaining over 1 million new users since 27 October, according to its lead developer, Eugen Rochko.

Whether this is just a temporary trend or the beginning of a new era of social media is difficult to say. What is evident, however, is that the large majority of people wants to stay connected, to keep this global conversation going. Social media networks are – almost certainly – here to stay. And I for one have nothing against that.