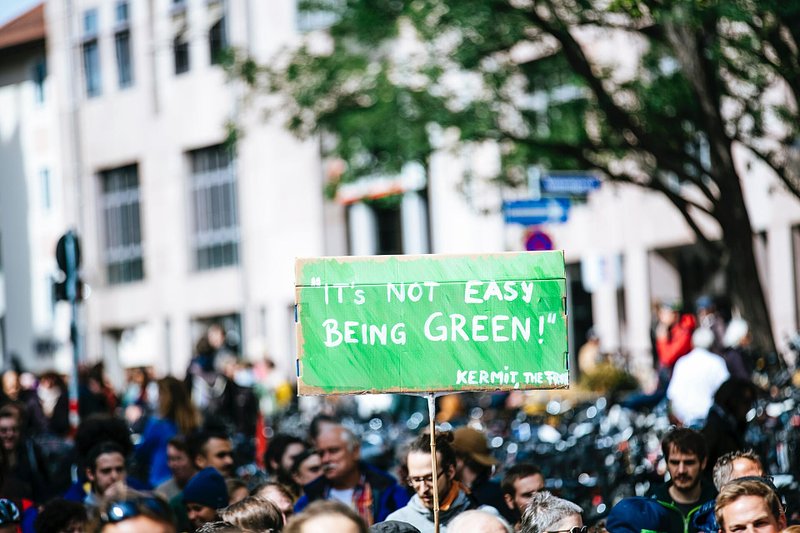 Friday is Earth Day and while in my opinion, every day should be a day where we try and do something for Mother Nature, I understand that not everyone feels this way. In celebration of this international and global (get it) holiday, let’s get serious about how we are at a pivotal point for Earth’s future.

When I was 7, my father sat me down in a very matter-of-fact way and explained to me what climate change was and how it was a natural process that was being both exacerbated and expedited by human activity. The topic was approached on a purely scientific basis, with my dad explaining how my generation was not the first to hear of climate change but that we would likely (and unfortunately) be one of the first generations to experience severe ramifications.

That was over 20 years ago, and I have watched as those around me and around the world have done little more than talk about doing something. I’ve watched as governments, influential individuals and even extended family members and peers actively avoid making sacrifices and decisions for the good of the planet out of the sake of convenience or financial gain.

I’ve concluded that if you think taking care of the Earth is not your responsibility or not worth a short term cut in your finances (I’m looking at you fast fashion, oil, fossil fuel, Amazon, Nestle and all other big industry members) you’re nothing more than self-centred and self-indulging. Another word we could use would be selfish.

Harsh I know, but if you’re still with me, it is pivotal that we start taking things seriously, no matter what sacrifices we may need to make to ensure a livable future for all. We’re running out of time and it’s high time each individual acknowledge their role and their duty to future generations of flora, fauna and of course, mankind.

The IPCC just released their sixth synthesis report this year and it was bleak. Along with our absolute failure on a global level to reduce carbon emissions, fossil fuel consumption, pollution etc. it is clear those climate agreements countries signed to make themselves feel better didn’t do the job. We are now facing a 1.5-degree increase in global temps which if we are being honest with ourselves, we aren’t going to reach that goal, even by a longshot.

Projections for our planet with this 1.5-degree increase will affect everyone (especially those in developing countries who are already disproportionately affected by pollution, poverty, and disease.)  Changes in the amount of precipitation, fires, increased extreme weather events, loss of species and extinction are only going to be the beginning. Rising ocean temperatures will set off a chain reaction, changing acidity and oxygen levels in seawater posing a threat to marine biodiversity, fisheries, along with marine and coastal ecosystems.

If you’ve made it through the list and managed to think “hm, well that all sounds bad but it’s not really going to affect me,” we need to remember that everything within our global ecosystem is connected and interdependent. (Also, when did we become so self-centred that the struggles of others no longer concern us?)  So, while a drought or loss of biodiversity in a far-off land may not directly affect you, it may for example affect the pollination and cultivation of crops, resulting in lower crop yields, shortages of certain foods and increased prices as produce becomes scarcer.

The IPCC has in fact, also outlined a variety of repercussions that will be felt directly by humans as a result of just a 1.5 degree warming. Human health will inevitably be affected, with reduced livelihood, food insecurity, dwindling water supply and curbed economic growth set to plague our worldwide population. As a direct result of warming, we will see more heat related illnesses, heat related mortality as well as vector borne illnesses like malaria and dengue fever.

All is not lost however, there is still time for us to do our very best to minimise the effects listed above. It’s time to get serious, no more excuses and no more expecting that someone else is going to do it for us. Those of us who are in positions to make concrete changes must, convenience be damned. Invest in eco-friendly energies and technologies, take public transport, bike or walk, buy local and organic, reduce our waste and push for companies and governments to be held responsible for their inaction.  When all else fails, have open conversations about climate change and how each of us plays a roll with anyone and everyone around you.

This Earth Day, challenge yourself to take an honest look at how you as an individual are contributing to the climate crisis. It’s never too late to make a change, and while in most instances it will require a bit of sacrifice, we can all agree that the Earth has sacrificed enough for the human population and it’s time we returned the favour.