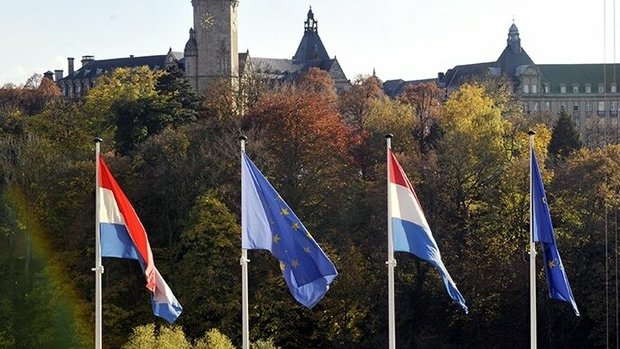 Is the Luxembourgish language requirement for citizenship defensible, and is there a point to learning it?

But of course, the law isn't everything. Luxembourg is an incredibly international country, with 47% of the resident population born elsewhere in 2020. It's equally unsurprising, then, that a lot of different languages are spoken here. A 2018 study by the Ministry of Education found that 98% of the population speak French, 80% speak English, 78% speak German, and 77% use Luxembourgish.

A third and final unsurprising fact is that Luxembourgish has not thrived in this environment. By attracting workers from abroad, French, and latterly English, have grown in importance across many sectors of the economy and indeed private life. Enter the 2018 law for the promotion of the Luxembourgish language, which seeks to increase its importance, advance its standardisation, promote the learning thereof, and advance Luxembourgish culture through language.

It is in the middle of this situation that a new petition, launched this past week, caught a fair bit of attention and created considerable debate. In essence, the petition calls for abolishing Luxembourgish knowledge (A2 speaking and B1 listening comprehension) as the sole linguistic requirement for citizenship through the famous "sproochentest," or language test, arguing that French and German should be made available as additional options.

While I absolutely understand the logic behind the petition, I can't get myself to agree with its conclusion. I do however think there are issues with the current approach, which need to be resolved.

Some context: the bar is low

The bar one has to meet for citizenship is low. According to the standard CEFR definitions, A2 speaking requires that the user can "communicate in simple and routine tasks requiring a simple and direct exchange of information" and that they can "describe in simple terms aspects of his/her background, immediate environment and matters in areas of immediate need."

B1 listening comprehension, meanwhile, requires that you can "understand the main points of clear standard input on familiar matters regularly encountered in work, school, leisure, etc."

Emphasis is thus placed on being able to understand relatively mundane, day-to-day conversation, rather than being able to actively participate, with the latter being a more difficult level to achieve.

In short, the language requirement is set at a level that ensures very basic communication between citizens in a given language, in this case Luxembourgish. This, to me, is a very low bar to set, and a reasonable requirement.

Luxembourgers and other languages

Before I start on this section, I'd like to note that this very much based on my subjective experiences. I've always been in awe of many Luxembourgers' ability to simply change between languages at the drop of a hat. Working, as I do, for very linguistically diverse company, I've seen colleagues seamlessly jump from Luxembourgish, to English, to German, and French all within one conversation with multiple less linguistically talented colleagues such as myself.

While I appreciate this greatly, I also know that it is an inconvenience, and it's not something I like to take for granted. I also know that many Luxembourgers are more comfortable speaking German than French, or French than German, or English than French, or... You get the idea. While often referred to as essentially native speakers of at least 3 languages, this is rarely the case. Many grow up speaking Luxembourgish at home, only learning French, German, and of course English in school.

What I'm getting at is that we generally expect them to switch to a second, third, or fourth language. Their fluency broadly is such that this isn't an issue, but to in return ask that we newcomers learn at least the very basics of Luxembourgish seems a small ask. And that's not to say that we owe Luxembourgers anything, necessarily; the expat community certainly adds a lot of value to Luxembourg both economically and culturally, but that doesn't preclude us from the basic courtesy of learning the local, national, language.

Why not all three?

If one wanted to play devil's advocate, a relatively sound argument could be made for the necessity to learn all three administrative languages. After all, the argument for including French and German as options is that they are administrative languages and thus should be available as options for citizenship. It's not a far stretch to say that one could equally argue that all three should be required - or at least two.

If a requirement of citizenship is to be able to live wholly independently within the country, communicate with officials and fellow citizens, etc., then this would make sense. Realistically, it would entail a requirement to always learn French, as the sole legislative language, and at least one of German and Luxembourgish so as to facilitate relatively effortless communication with all fellow citizens in a language with which are they comfortable.

That would be an exceptionally high bar, however, and it's not something I'm actually arguing for... partially for my own, selfish reasons. That said, it is in effect an implicit requirement already.

An element of entitlement and the erosion of culture

This section is likely going to be a lesson in how not to make friends, but I'll go ahead and write it anyway.

Doing the same in other countries would hardly be thinkable, and Luxembourg is not alone in having a language requirement. Germany requires B1, oral and written. France does too, and recently toughened its criteria. The UK too requires overall B1. You get the idea.

Now, you'd be right to put up your hand in protest here and note that Luxembourg is different in that it relies on three languages. You would be absolutely right to make that argument - but one would be equally right in saying that much as how it is their choice to have three administrative languages, it is their choice to decide which is the national language, and which language is required for citizenship.

The fact that there are three administrative languages (to some extent, at least - more on that later) is if anything an added convenience for expatriates. To then demand that we should be allowed citizenship simply because we master a language of administrative convenience, but not the national language, smacks of entitlement.

There is also the aspect of culture and shared identity be considered. A shared language is what binds a people together. It forms the very foundation of a culture, of an identity. To rob a country of this, or to erode it, is a risky business. Without these elements, a country goes from being a nation to a corporation with a flag, and that is not a route we want to go down - much as some might argue that we've already taken a few steps down that path.

The problem with promoting Luxembourgish: it's not always an option

And so, after arguing in favour of the Luxembourgish language requirement, some balancing is needed - because the requirement is far from perfect in the current context.

Since the government insists that we learn Luxembourgish, you would think that they would place effort into ensuring its viability as a linguistic option. The problem is, they haven't.

As someone who opted to focus on learning Luxembourgish upon moving here, I can attest personally to the fact that it's not particularly useful outside of interpersonal communication. I use it to understand and speak to my wife's family, and whenever I can in supermarkets, shops, and lately I'm trying to muster the courage to speak it a wee bit at work. But beyond that, it's useless.

That's because the government is trying to have it two ways: it requires us to learn Luxembourgish for citizenship, and generally encourage learning the language through the aforementioned law... but they've not put the money and effort into making it administratively useful.

The list of examples could be made far longer, but this proves the larger point: Luxembourgish won't get you particularly far outside of socialising with locals (important as that is), at least not yet, as very little official information is actually available in the language.

Is it reasonable to ask us to learn Luxembourgish for citizenship? No doubt.

Does it require that the government do its part and ensure the language is available as an option in meeting the basic administrative requirements placed upon a citizen? Absolutely.

That said, I've just asked my boss for a fourth round of Luxembourgish lessons, and intend to become as fluent as possible. I like the language, I like the culture, and I love the country and the opportunities with which it has provided me, so it's a no-brainer for me personally. Problem is, once I've finished my next 20 classes, I'll have to move on to French - because there's no getting around the need to know it if you want to integrate fully, and fill out a form without pestering others for translation or hoping Google Translate is up to scratch on financial terminology.

There is an inherent contradiction in setting the requirement for the individual while not living up to it as a state, and this needs to be resolved.