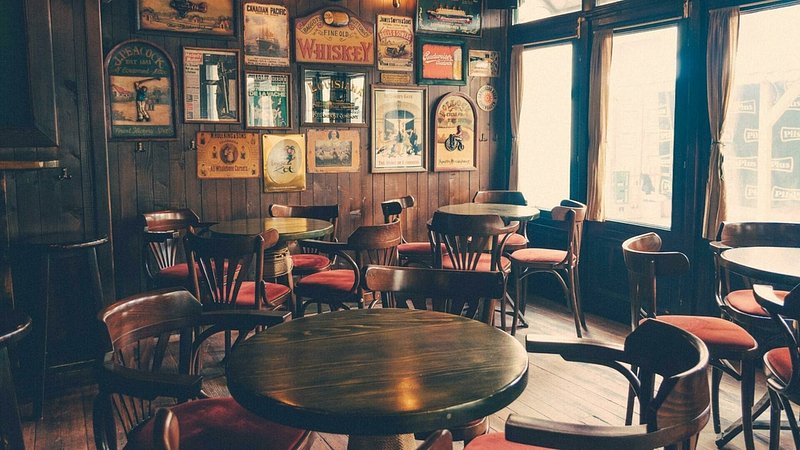 © The place where luck is born by  Unsplash / Nikola Jovanovic

Bars and restaurants have to remain shut. The cultural sector is allowed to reopen, but under strict measures.

When Ministers Bettel and Lenert made this announcement at the beginning of January, it was a relief for some, a scandal for others. The forlorn hope of the Horesca sector shattered, while those contributing to culture in the strictest sense of the word found a glimmer of hope. Theatres, cinemas, and concert halls have since been able to reorganise adapted plays, screenings, and live shows. In the meantime, the closure of bars and restaurants was extended until the end of February in what almost seemed like a casual announcement.

"[T]he cultural sector is an essential sector, all the more so in a crisis like the one we are currently experiencing, when it allows us on the one hand to escape from reality and on the other hand to question society and the decisions taken", read the official statement published by the Ministry of Culture. Although this sounds great on paper and conveys the message that the government is not denying the importance of culture, I couldn’t help but think that their actions still reflect a rather narrow-minded view of what culture is.

It is great to have live events back, even if they have to be held with stricter safety measures than what used to be our standard not too long ago. I particularly think that the "Because Music Matters" initiative is laudable: a series of five live concerts, organised by Rockhal over the course of February, and monitored by the Ministry of Health. A maximum of 100 spectators per event, everyone required to take a free Covid test before each show, as well as seven days after: "This process has been set-up to allow close monitoring by the health authorities in the context of further discussions on a safe return of live events in the future." Anything that might help us get back to normal is highly appreciated, I think there is little doubt about that.

No online stream, no comment section, no technical limitation.

Artists are once more able to convey their productions in the most immediate way possible. No online stream, no comment section, no technical limitation. The live feeling is back, despite the still painfully obvious lack of communal experience and physical presence of others at these shows. Nevertheless, a certain dynamic between audience and artist is possible again. But what happens after these events have come to an end? People leave, and have no place other than home to go to really. No follow-up of the experience over dinner, no discussions about the role of characters, the sensation of a sound, or the central message of a play. Same of course before a cultural event. No eating out prior to watching a film, no pre-drinks before a concert, where you can usually socialise with like-minded people in anticipation of the pending event.

Yes, the cultural sector is open. But what about everything that makes culture possible in the first place? Is it not in restaurants, cafés, and bars where culture is most vividly discussed and created? Aren’t we most interested in political discussions while eating together, most prone to storytelling while meeting for coffee, and most adamant about existential life questions while getting drunk? Culture is certainly brought to life, and kept alive, by people coming together for food and drinks. After all, the breaking of bread is one of our most ancient practices. (I think it is also safe to say in that regard that the field of “food culture” exists for a reason.)

Having studied literature and culture for most of my life, I can’t remember how often I’ve read about artists having spent most of their spare time at a specific table in a café, talking to colleagues, friends, and strangers about their work, and passing their knowledge on to the next generation. (A practice which has also long been shared by members of the scientific community.) Naturally, the number of art movements or music genres that were created in such locations seems rather endless.

One sector is open, the other remains closed. Like being allowed to sit around a campfire, but not to roast marshmallows above the flames at the same time: half the fun. Which for me ultimately begs the question: can we really separate food from culture?