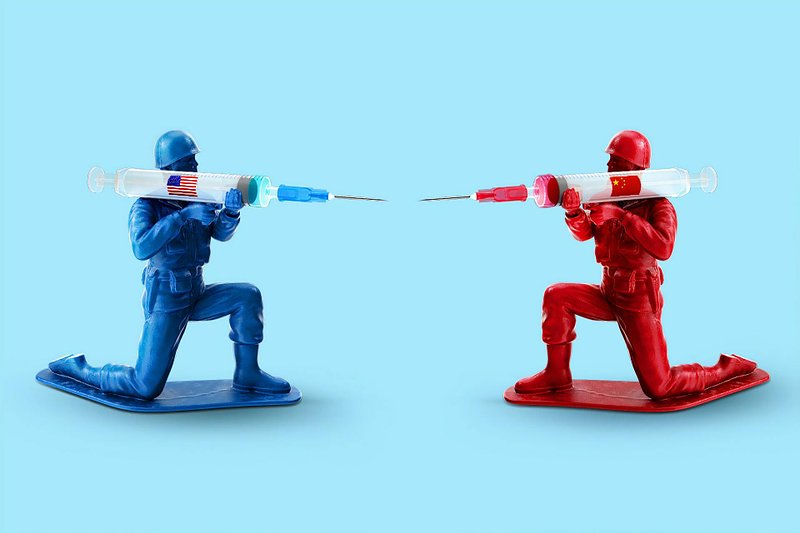 As the presidential race is edging closer to election day, I have come to think a lot about the fluctuant manner in which US American politics unfolded over recent years. And that made me wonder whether Luxembourgish public opinion on its former liberator had altered over the decades since we first celebrated the arrival of Allied troops in our country.

It is hard to pinpoint the earliest memory I have of being told about this mystical land of promise where nothing seems impossible. But I remember that when I was a child, each of these stories left me with the certain feeling that there was no conceivable challenge in this world that could not be overcome by an American. A bit silly, but I believed that if any catastrophe were ever to happen and Luxembourg could no longer stand on its own, the US would come to our help and save us. They did it before, they can do it again, no doubt.

When I was in primary school, Luxembourgish author Henri Losch once came to visit our class and read from his newly published war-time memoires. Although we were still quite young at the time, I remember his stories being impressive and compelling, as Losch was about the same age we were when the Allied forces arrived in Luxembourg. I can still picture his excitement when he told us about the glorious sight of the troops marching through the streets, and more specifically the American soldiers: “They handed out chewing gum and even cigarettes for the older kids, can you imagine?” My own grandmother paints a similar picture when reminiscing about her childhood and the liberation from the German occupation. Still to this day, she expresses her gratitude and admiration for the United States: “Spending sleepless nights lying on a sack of potatoes in the basement while waiting for the sirens to stop is something you simply cannot forget. They were our heroes.”

My parents were definitely influenced by American pop culture in their youth, be that in the form of music, television, or fashion. Nevertheless, you can sense that at the same time, their generation started to see the illusion of the flawless country crumble and become what today some people might consider “woke”. As US foreign policies grew ever more questionable over the years, the voices glorifying America became a bit quieter. It was also brought to my attention that by the time my parents learned about World War II in school, it had become widely established that the liberation of Luxembourg was a coordinated move by the Allied forces, and not as it first might have appeared, a gracious act of mercy by the US.

Where are we at today? Being a late millennial myself, I feel that apart from the stories my grandparents told me, not much of the former vision of the American heroes has remained intact. It is hard to say whether there was a concrete tipping point or not. While solidarity with the US was certainly still great in the immediate aftermath of the 9/11 attacks, the revelations of the countless deceptions leading to the Iraq War definitely dampened that enthusiasm. However, I remember that the election of president Obama in 2008 felt in a way like a sort of redemption, or at least evoked in me the idea that the US were still able to come together as a nation and vote for change. Considering the relentless images of divisiveness since the beginning of the Trump presidency, I wonder if that ability for change is still intact. 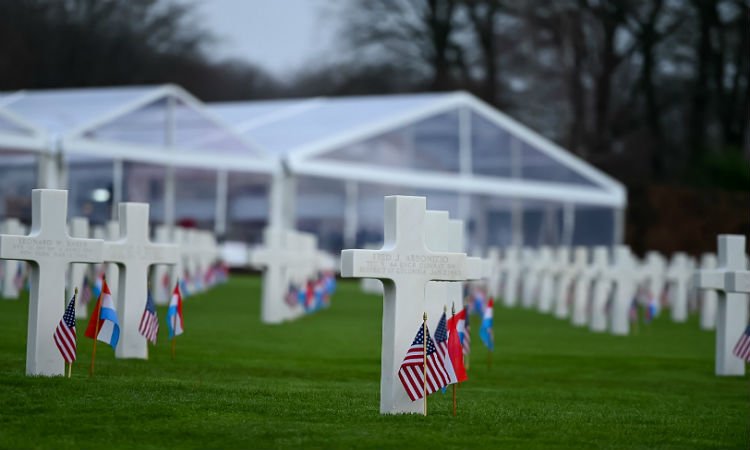 One would think that after Trump’s unlikely win in 2016, political analysts, news pundits, and journalists would bid caution when it comes to predicting the outcome of the November election. Yet four years appear to be an awfully long period, with sufficient time to forget and fall back into old habits. There is no shortage of news reports indicating a strong Biden lead in the polls, which can only end up in, as experts like to put it, a “landslide victory” for Democrats. However, on the other side of the aisle, claims of an inevitable second triumph for Trump are just as numerous and the enthusiasm for the president remains unshaken it seems.

Meanwhile in different circles, the murmurs around the possibility of Trump not accepting the election results, given he were to lose, have by now evolved into loudly voiced concerns. HBO’s Real Time host Bill Maher interviewed nearly every candidate who ran for the democratic nomination, and asked each one the same question over the course of their campaigns: “What if Trump won’t leave?” Shrugged or even laughed off by most at the time, the issue now seems to have become a legitimate concern. At least serious enough that in 2019, the bipartisan Transition Integrity Project (TIP) was launched, an organisation which played out different scenarios that could arise after the announcement of the November results:

Naturally, the incumbent president’s relentless tweets about rigged systems, voter fraud, and postponing the election only add fuel to the flame. But at least Trump does not hide his intentions in any form of way. In a debate with Hilary Clinton during the 2016 election, Trump was asked by Chris Wallace if he would accept the outcome no matter the result, and he responded that he would have to wait and see. And nearly four years later in July of 2020, the same news anchor received the same answer to the same question.

I recently came across the first press conference that then-president George W. Bush gave after the election results, which declared Barack Obama the next president of the United States, had just come out. I have to admit that I was quite stunned by what I saw, mostly remembering Bush on the one hand for his questionable war policies, on the other for his numerous gaffs and missteps. But in this particular case, only a rather inspiring speech on the “vitality of American democracy”.

Regardless of personal political affiliation, can anybody conceive president Trump delivering a comparable speech if he loses in November?

Between 1974 and 2010, pure moderates made up the biggest electoral fraction in the States at an almost consistent 40% rate, with only some minor deviations throughout the decades. But is it really important to know whether or not the United States are now more divided than ever before in their history, of which there is currently no shortage of claims? No matter the outcome of the election, one thing remains certain: the losing side will not simply vanish. Considering the results of the popular vote are seldom far from the 50% mark, that means the country will be left with a significant amount of dissatisfied, frustrated, or even contemptuous people.

Which brings me to the media. The recent coverage of civil unrest in the States amazes me, but not in a particularly positive manner. When I turn on a more liberal news channel, what I mostly find is a presenter starting off by denouncing the way that right-wing media portrays the protest movements as acts of violent domestic terrorism, before dedicating about a minute to the violence themselves, followed by a 50-minute long segment on the inspirational messages of the movement. The images in the background: people united in the streets, walking peacefully arm in arm. Should I tune into one of said right-wing outlets, I find the exact opposite: declarations of hypocrisy from the “mainstream media”, who are unwilling to show the violence, to which they then dedicate an hour-long analysis while briefly mentioning the peaceful marches. The images in the background: buildings on fire and looters breaking into stores. And the cherry on top of the cake I guess, each segment ends with the news reporter thanking the audience for choosing to see the truth through their coverage. Amazing.

While I will certainly refrain myself from making a prediction as to who will win the election in two months, I have to admit that I find it concerning how the outcome might be the final straw for the losing side, whichever that may be.

I believe we once trusted the United States to be a force for good in this world, but is that still the case? As already mentioned, there was a time during my childhood where I was certain that they would be the ones to save us from whichever crisis may occur. That is no longer the case I’m afraid. I would highly prefer to still have that certainty, to be able to look towards the US and trust that their decisions and proposed solutions would be the ones to follow. Now that we have entered the age of the pandemic, I look towards America and nearly question their every move.

Our very own Minister of Health Paulette Lenert sat down for an interview with RTL last week, and was asked when the Grand Duchy, or alternatively the EU, would have a vaccine ready. She showed little optimism that a reliable sample could be ready by the end of the year and was overall rather reluctant to speculate on the exact timeline of the development

As recently as last week, Donald Trump stood in front of the cameras and announced that his administration would have a Covid-19 vaccine ready by October. Now I am certainly no expert in the field, but out of the oversaturation of medical information of the past months, I definitely remember that a vaccine needs proper testing and that this process takes time. In a recent CNN interview, Joe Biden’s running mate Kamala Harris stated that under no circumstances would she consider a vaccine authorized by the Trump administration reliable, claiming he would go as far as silencing public health experts just to score a win: “I will not take his word for it, he wants us to inject bleach. No, I will not take his word.”

I wonder what would (or will) happen if the United States officially announced that they have a reliable vaccine ready before we do. Would we turn to the US again for help in a time of crisis? Is our confidence in the sincerity of America still great enough that we trust them with such a delicate issue? When I posed this series of questions to my grandmother, she said to me that she still trusted the US, but that she would not believe a thing Trump says due to the nature of his personality. Another acquaintance of mine, Boma MJ, stated something very similar: “Trump would not come and save us.”

Now while I have little doubt that the United States have slowly yet steadily damaged their once impeccable reputation in the Grand Duchy over the years, I still find it quite difficult to assess whether or not this is purely related to the nation itself, or completely dependent on the person in charge of it. But maybe a Democratic win in the November election will provide an answer to that question.