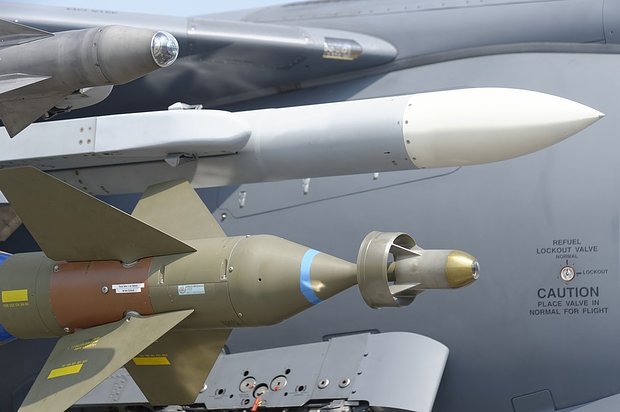 "Now that the treaty is over, we will see the development and deployment of new weapons," military analyst Pavel Felgenhauer told AFP, adding: "Russia is already ready".

Last October, President Donald Trump announced the withdrawal of the U.S. from the Intermediate-Range Nuclear Forces (INF) treaty after accusing Russia of lack of cooperation. He has been facing criticism from treaty-preservers such as original treaty signatory Mikhail Gorbachev, saying the withdrawal "is not the work of a great mind". Indeed, fears on a new arms race are rising uncontrollably.

Signed by Ronald Reagan and Mikhail Gorbachev in 1987, the deal banned all nuclear and non-nuclear missiles with ranges of 500 to 5,500 km, setting a brake to the tense arms race that defined countless lives in the twentieth century. For the first time since Khrushchev, the world was seeing a thaw to what is now known as the Cold War: within three years, nearly 2,700 weapons had been destroyed.

With the formal demise of the treaty on August 2, 2019, Europe's security structure is now falling apart and increasing the risk of war on its grounds. Europe had been benefiting from the abolition of the highly expensive danger of missiles, but might be facing a new nuclear threat.

Yes, the treaty was outdated: it did not include China, which by now has set up its own land-based missiles, or the new defense systems used by NATO to counter Iranian and North Korean threats. But this still does not mean the treaty should have been scrapped entirely.

While Trump announced that his administration had been communicating ideas on a new nuclear pact to Russia, the only constraint that keeps the nations from relying on the concept of Mutually Assured Destruction (ironically the acronym is MAD) is the New Strategic Arms Reduction Treaty (START), which reduces the number of deployed nuclear warheads by half. However, START is due to expire in 2021, and the Trump administration has so far not shown interest in replacing or prolonging the deal. Both nations are thus now free to develop newer, more efficient weapon systems, and the US has already announced its future missile tests.

What adds even more to the concerns is the rapidly growing mistrust between the U.S. and Russia, the latter having been violating the treaty with the advances on the Crimean Peninsula and the eastern Ukrainian conflict. This means that talks to prolong existing deals such as the New START are highly unlikely, even more so with Trump's doubtful take on diplomatic negotiations.

Overall, the need for arms control now is a matter of urgency that, unlike it had with Gorbachev, shouldn't be left to the next generation of politicians to deal with. If Washington and Moscow do not place higher value to arms control and try to rescue the New START treaty, then there will not be much left to prevent an alarming nuclear arms race that might take us back to the 80's.

--
Maura Lehmann is an RTL Today intern and history student that doesn't take for granted her luck of not having lived through a war.