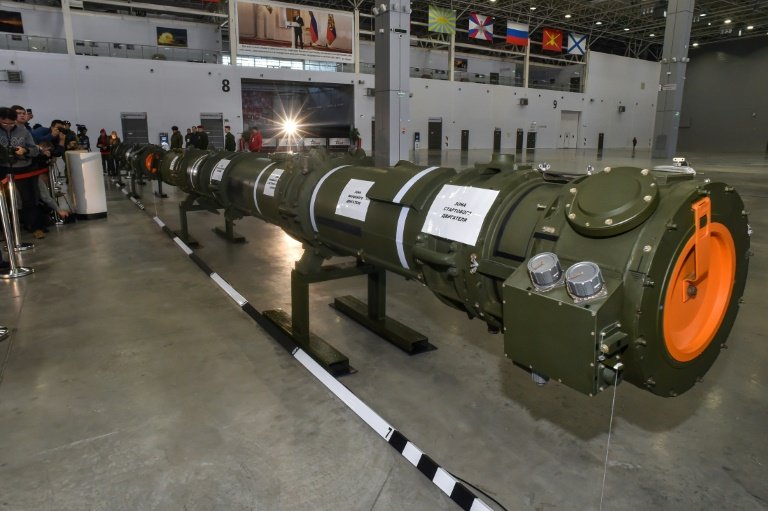 Moscow is set to deploy new weapons as Russia and the US officially pull out of the Cold War-era Intermediate-Range Nuclear Forces treaty on Friday, analysts say, raising the spectre of another arms race.

Moscow is set to deploy new weapons as Russia and the US officially pull out of the Cold War-era Intermediate-Range Nuclear Forces treaty on Friday, analysts say, raising the spectre of another arms race.

Washington and Moscow have long accused each other of violating the 1987 treaty and both sides have been planning the mutual withdrawal for many months.

Russian President Vladimir Putin suspended participation in the agreement, which limits the use of medium-range missiles, in March after Donald Trump's White House said it was ditching the deal.

"Now that the treaty is over, we will see the development and deployment of new weapons," military analyst Pavel Felgenhauer told AFP, adding: "Russia is already ready".

Putin first discussed the new weapons late last year in front of high-ranking officers and he gave further details in February -- just as the US launched the procedure to ditch the INF deal.

In addition to the creation of a medium-range land-based missile, Moscow plans to develop a land-based version of the Kalibr missiles that have already successfully been used by the navy and tested in Syria.

But Russia has financial constraints.

It has struggled to emerge from a 2014 economic crisis caused by sanctions and a fall in oil prices. Its military budget is a tenth of the size of Washington's.

Putin has specified that the new missiles must be developed "without increasing the defence budget". Observers say this reluctance to boost spending may be a hangover from the Soviet Union, which collapsed partly under the burden of its huge military spending.

- Other major deal to expire -

Washington has for the last five years denounced the Russian development of systems that it says violate the treaty.

When Trump announced his intention to drop the agreement, the Kremlin did little to dissuade him.

Russian officials had been criticising the INF deal for years, saying it gave Washington an unfair advantage.

"Russia's been messing around for a long time, first denying this missile exists, then acknowledging it does exist but saying it's in line with the agreement," military analyst Alexander Golts said.

"As early as 2007, when Russia withdrew from the CFE treaty (on conventional weapons in Europe), the Russian military and the Kremlin said that the INF treaty was not a good agreement, that it was not fair," analyst Felgenhauer added.

Every time the US announced the deployment of a new missile defence system to allies in Europe or Asia, questions around the deal were raised again.

The US says these systems are purely defensive, but for Moscow they are too close for comfort and seen as an attempt to contain Russia's nuclear capabilities.

The INF deal was seen as one of two key arms deals between Russia and the US -- the other being the New START treaty, which keeps the nuclear arsenals of both countries well below their Cold War peak.

However, this deal too is set to expire in 2021 and there appears to be little political will to negotiate an extension.

"The chances that this will carry on are low," Alexander Savelyev of the Russian International Affairs Council think tank said.

"Nothing then will limit the new nuclear arms race between the United States and Russia."