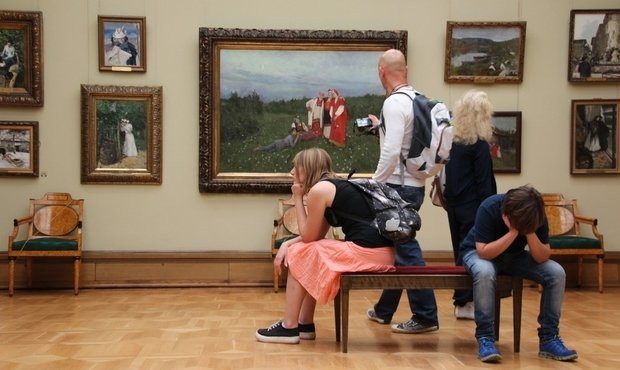 It certainly seems to be the prevailing opinion in Facebook's many Luxembourg Expat-groups that it is, but I can’t understand why.

Every once in a while someone will join one of Facebook’s many expat groups and ask for help in deciding whether they should make the move to the Grand Duchy - usually to pursue a career opportunity. Without fail and within minutes answers will start rolling in warning their potential new neighbour that Luxembourg is about as exciting as a bowl of bellybutton fluff.

From the discussions I have observed the general consensus seems to be that regrouting a public loo is preferable to a night out in Luxembourg City, and if you're young and single you may as well get used to the idea of dating whatever critters you find behind the toilet while you're at it - because you will have no chance at all of finding another single human in the Grand Duchy. In essence, it's easy to get the idea that Luxembourg is one of, if not the most boring countries in the world. But on the plus side, you will have ample opportunity to perfect your grouting technique. Living here will do nothing for your cleaning skills, however, as having a cleaning lady seems mandatory in Luxembourg (at least from personal observation).

As someone who has never had a particularly strong urge to seek out “fun” - I generally find it overrated as “fun” tends to be loud, dirty, and disorganised - I struggle to understand what exactly makes some people think that Luxembourg is so boring. I did a bit of web-sleuthing through some recent discussions to find out, and it essentially seems to come down to sub-par nightlife and there being few people out and about in the city.

I can't really say whether the nightlife is boring as I tend to go to bed around 10pm, and certainly find my dreams every bit as interesting here as they have been elsewhere - i.e. not at all.  It is however objectively true that not many people live in Luxembourg by international standards, but there isn’t really much we can do about that – nor should it come as much of a surprise to anyone.

I do find it sad to see people describe Luxembourg as a boring place to live, because to my mind it does have a lot to offer, even to people whose idea of fun is different to my own. There are lots of bars, restaurants, clean public spaces, castles, vineyards, stunning nature, museums, various music venues that somehow manage to attract A-list acts, and a highly diverse population - so you would think Luxembourg has the raw ingredients needed for 'fun' to happen. This leads to the question of why it apparently is not, which must come down to something less tangible. Could it be that Luxembourg’s job market attracts people who favour organised fun, active bar scenes, clubbing and the like, while its geography and broader demography offers more for those of us who prefer quiet?

Whatever the reason is, I think it is easy to lose sight of what we have and focus on that which we don’t - not least when life is relatively easy and rather comfortable, as it tends to be for most of us in Luxembourg. For that very reason I think we should all draw a bit of inspiration from Mike McQuaide, better known as ‘An American in Luxembourg’ and author of a book with that very name. I have followed his page for a couple of years now, and if he does one thing it is proving time and again that Luxembourg is only as boring as you make it. Far from expecting fun to find him, he goes out there and makes it happen for himself – and has managed to attract an audience of over 15,000 people who eagerly follow along on his adventures around Luxembourg.

With that said, it would be interesting to hear from some of the people who do find Luxembourg boring. If you are one of them, feel free to drop a comment – perhaps we can pull together and make some fun happen.