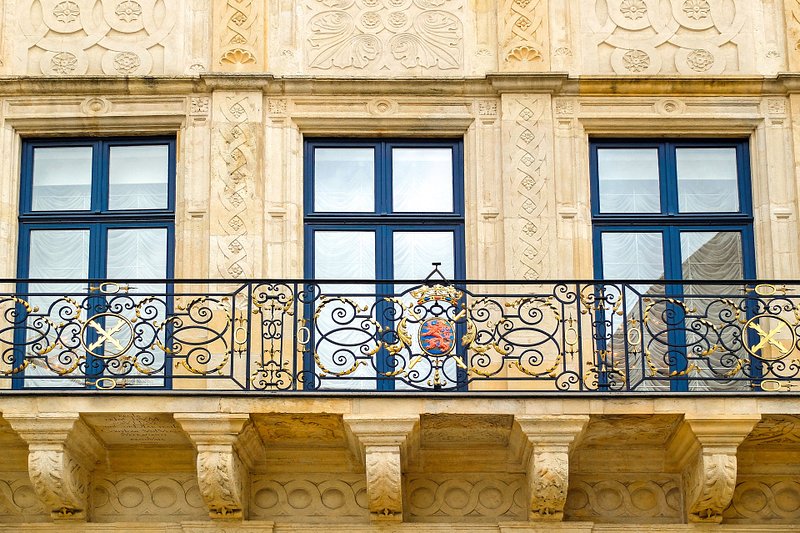 Michel Lentz was born and died in Luxembourg City. / © Pixabay

Besides the lyrics for Luxembourg's National Anthem, Michel Lentz wrote numerous poems that ended up becoming entrenched in Luxembourg's understanding of itself as a "nation state".

Michel Lentz is Luxembourg's second "great literary Michel" – next to Michel Rodange, the author of what some consider to be the country's most popular literary work De Renert. However, as an author, Lentz is somewhat intrinsic to Luxembourg's cultural world. Besides writing the poem which ended up becoming the Grand Duchy's national anthem Ons Heemecht, many of those who went through Luxembourg's school system might remember some of his other work, most of which was put into music and is often taught to children in primary school.

But who was this poet that became so essential to the national movement in Luxembourg? What sort of poems did he write and what is the story behind Prime Minister Paul Eyschen using Lentz' posthumous fame to his own advantage because of a lifelong grudge he held against another, hugely popular, Luxembourgish author?

I. The Life of Michel Lentz

Michel Lentz was born on 21 May 1820 in Luxembourg City. He later went to secondary school at Athénée du Luxembourg. After studying philology for only one year at Université Libre de Bruxelles, he was called to work in the Luxembourg government's secretariat in late 1842.

To his friends, Lentz was known as der klenge Männchen ("the little man"). He was someone who liked to enjoy life and very sociable. At the same time, he was, however, also a staunch patriot.

He moved up the career ladder at a steady pace, retiring as Head of Office and Councillor of the audit chamber in 1892.

Michel Lentz died on 7 September 1893 and received a state burial on 10 September, with then Prime Minister Paul Eyschen reading his eulogy.

II. The poems of Michel Lentz

Michel Lentz gained notoriety in Luxembourg after publishing De Feierwon ("The Fire Chariot") in 1859. The text celebrated the arrival of the train in Luxembourg and the international railway lines that from here on out connected the Grand Duchy to the outside world. De Feierwon quickly became a very popular folk song.

However, when Prussia set its eyes on Luxembourg in 1870, the folk song transformed into a patriotic hymn, with a particular emphasis on two lines in its refrain:

En: Ask in all directions

We want to remain what we are!

While De Feierwon was replaced as Luxembourg's national hymn by another one of Lentz' poems, Ons Heemecht, in 1920, these famous two lines became enshrined in cultural memory as the Grand Duchy's official slogan.

While Lentz was undoubtedly what one might call a "patriot", it should be noted that his patriotism was in some aspects different from what is sometimes seen today.

In his correspondence with the Dutch Professor A. S. Kok, who had previously reviewed Lentz' poetry collection Spâss an Iérscht. Liddercher a Gedichten for the Dutch cultural magazine De Gid, the man who was to become known as Luxembourg's "national poet" refers to Luxembourgish as a "dialect" and clearly distinguishes it from the "written languages". Lentz was also a supporter of the House of Orange-Nassau, which at that time still ruled over Luxembourg. He even wrote a poem entitled Oranien hoch! for the 25th throne anniversary of the Dutch king and proudly wrote about it in a letter to Professor Kok.

Another one of Lentz' most well-known poems is the text that would later become known as Hämmelsmarsch. The Hämmelsmarsch ("wether march") is a long-standing tradition and involves a marching band wandering the local streets and playing the eponymous music tune to invite people down to the local fair. The tradition started in the context of the Schueberfouer, which is also why Lentz' poem was originally often published under the name D'Schuebermëss. Back in the day, people could win livestock as prizes at the fair and thus the marching bands were often accompanied by wethers while parading down the street – which is where the tradition got its name from.

The tune already existed when Lentz wrote his poem, which ended up becoming the official lyrics of the Hämmelsmarsch. By doing so, Lentz' poem actually superseded another poem called Den Hèmmelsmarsch written by Jean-François Gangler in the 19th century.

Following the death of Edmond de la Fontaine, another very famous Luxembourgish author, friends of the late author started collecting money to erect a monument of the artist. Shortly after, another committee formed which had the goal of erecting a monument for Michel Lentz. Prime Minister Eyschen still held a grudge against de la Fontaine because in the latter's satirical poem Fulleparlament am Gréngewald ("Bird Parliament at Gréngewald") Eyschen's father was described as an "old crow". For this reason, Eyschen pressured the committees into a compromise to erect a "double monument", which meant he did not have to inaugurate a monument solely in honour of de la Fontaine.

The double monument honouring both Edmond de la Fontaine and Michel Lentz is located on Jan Pallach Square next to Place d'Armes in Luxembourg City.

Michel Lentz ended up becoming one of Luxembourg's most popular writers and it is easy to see why: He wrote and published during a time when Luxembourg was emerging as a nation state and actively looking for a strong cultural identity. By celebrating and writing about his own patriotic feelings, Lentz was at the forefront of this development.

In that sense, the seemingly lofty title of "national poet" is actually a perfect description of an artist like Michel Lentz. The country, its culture and traditions, even its nature: Those were the subjects of Lentz' literary corpus. His work cannot be understood without the idea of an independent, sovereign Luxembourg that thinks of itself as a "nation". Many of Lentz' poems ended up becoming popular folk songs, two reached the status of "national hymns" (with one eventually becoming Luxembourg's official national anthem and the other serving as inspiration for Luxembourg's slogan), and one became forever associated with one of the Grand Duchy's most long-standing traditions – In a way, Michel Lentz himself ended up becoming more intertwined with the Grand Duchy of Luxembourg than perhaps even he himself could ever have imagined.