Search
PISA - Our traffic light system and national motorways
Presenter Olivier Catani takes you for a ride through Luxembourg City this week, finding out more about how our traffic light network is regulated.

RTL Today has teamed up with PISA, the Luxembourgish science magazine, to reproduce their original videos in English for our site. Presenter Olivier Catani takes you for a ride through Luxembourg City this week, but of course, like all of us, he's stuck at multiple red lights.

Why does it seem seem like we always have a red light when we're in a hurry? Who regulates traffic flow in the first place? And the concept of a "green wave" - is it real, and if so, how does it work? Furthermore, Catani investigates the country's motorways, getting down into a drainage system three metres below the surface to learn more about its drainage systems.

This video is part of the PISA series for RTL Today. Watch all English videos on RTL Play, or discover the wide range of subjects previously covered in Luxembourgish here (there are 13 seasons, mind you! We'll try and catch up...). Our previous episodes covered the history of the tram, Luxembourg airport and explained how the coronavirus vaccine works.

From cyclists to public transport to pedestrians and so many cars...and everybody wants green. Each crossing is limited to a green light for a certain time period, and everyone must get a turn. Lights are programmed in such a way that everyone receives a green light within two minutes.

How long it actually takes at each traffic light depends on the street and time of day. Laurent Vanetti, the "boss of the red lights" managing Luxembourg City's traffic flow, uses an example: "In the morning when schools start we have more pedestrians and pupils, so there is emphasis on the pedestrian lights. We have cyclists heading to work. Then there’s public transport, whether it’s the bus or tram, those are all components that define which streams have priority."

We want to avoid situations where pedestrians have to wait too long and end up crossing a red light.

"We have lots of data and keep analysing actual traffic to know how many vehicles are at a crossing per hour, whether that’s during morning or evening rush hour. Based on these factors the programming is done", he goes on to say. But independently from how they’re programmed, lights are also able to adapt. Road sensors not only notice when there’s a car waiting, but also how many. This can influence the length of a light staying green.

Many crossings are interconnected, which allows for a famous "green wave". The goal: maximise traffic flow on the main axes. Yet at the end of the day, more green for one person means more red for another. Hence, traffic lights will continue to stress us in future. The priority is not to move through traffic quickly, but safely.

Luxembourg's motorways: The little details you may not know

Luxembourg’s motorway network is rather new compared to neighbouring countries. Germany, for example, established its first “crossing-freeing motor vehicle road” in 1932. In Luxembourg the A1 to Trier and A4 in Esch were opened in 1969. The motorways' names derive from the national roads which they run beside. The N1 is followed by the N2, the N3...and so on. Beside them is the corresponding motorway.

Interestingly, the surface of these motorways is bent. Sure, any tiler would be fired for such messy work, but this is actually required to allow for suitable drainage on rainy days. One side is sloped so that rainwater is drained off. In the middle, water runs into a drainage system; on the side it drips into the earth, and then too at some point ends up in the underground drainage system. From there it flows into large basins. 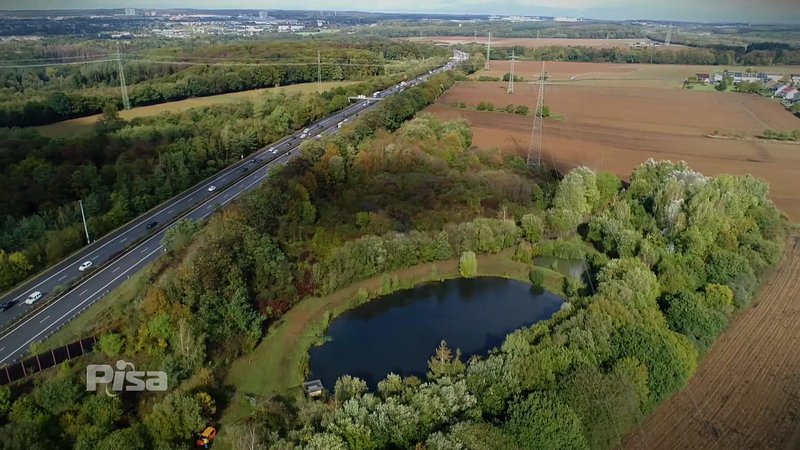 But it's not just water that flows into these large tanks. Think of rubber from wheels, petrol, grease and sand. It’s a temporary basin to make sure that the dirty water does not seep directly into streams. 60 of these exist around the country. Heavy materials, such as sand and rubber, sink to the bottom of the lake. Lighter materials, like grease and petrol, float on top. The walls of the tub are built in such a way that only water from the middle of the tub can drain off. This way, no petrol or grease ends up in streams.

Every 10-15 years the basin has to be cleaned. The sludge is pulled out, dried, and brought to a landfill. Before the excavator gets to work, a botanist investigates which animal or plant life exists, because these shouldn’t be damaged in the process. Some basins, such as the one in Lorentzweiler, grow over. As it happens, a beautiful orchid was found, along with frogs, toads and ducks. Before you ask, no, there are no fish.