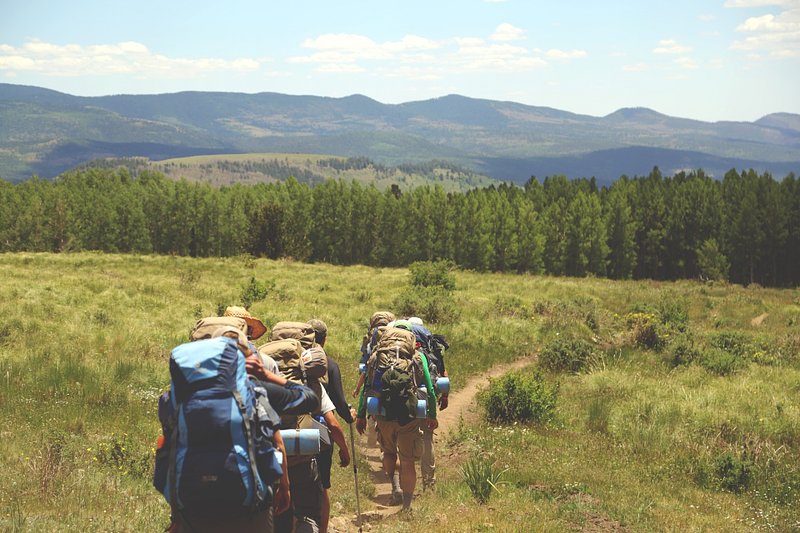 The COVID-19 lockdown has led many of us to discover a new-found appreciation for the great outdoors.

Having completed a couple of beautiful 10km walks, I found myself researching the natural next step: European long-distance trails.

These are a network of 12 European long-distance walks, known as the E-paths, maintained by the European Ramblers Association, which criss-cross the European continent from the south of Spain to the very north of Norway.

Two of the E-paths pass through the Grand Duchy: E2 and E3, while a further long-distance trail is the historic pilgrimage route to Santiago de Compostela in north-western Spain.

The E2 trail takes walkers from western Ireland to the French Riviera (with a couple of ferries in between.)

Although there are several different branches of the path in the Netherlands and England, all roads lead through Luxembourg.

Corresponding with another well-beaten path known as the Grande Randonnée 5, in the Grand Duchy the trail begins in the north at the Dreiländerpunkt (three-border-point) near Lieler and roughly follows the path of the Our, Sûre and Moselle rivers, passing through towns such as Vianden, Echternach and Remich. 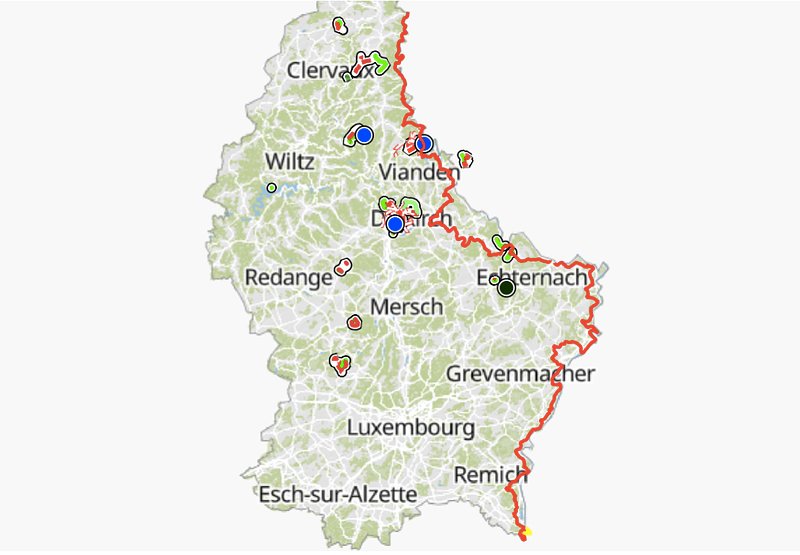 The E3 long-distance path stretches from the Cabo de Sao Vicente in south-western Portugal to Istanbul, covering 13 countries including Luxembourg.

From Schengen in the south-east up to Hosingen, E2 and E3 converge, but at Hosingen E3 splits west via Clervaux, Wiltz and Esch-sur-Sûre before hitting the Belgian border at Martelange. 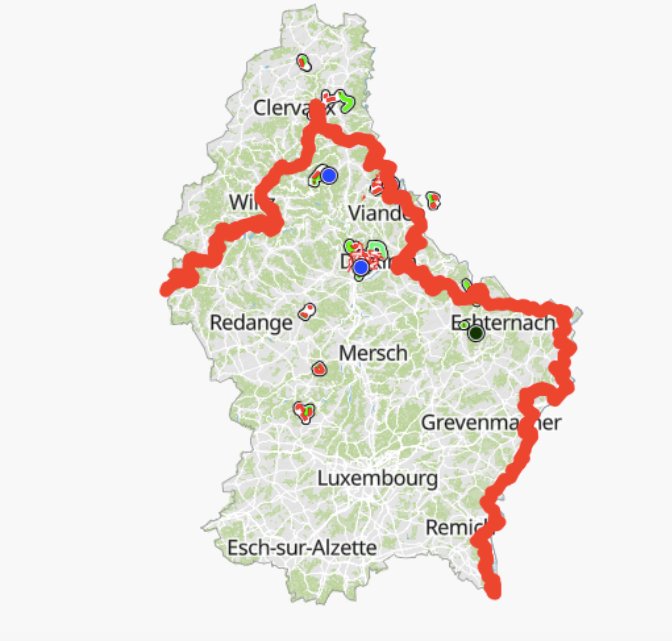 The Way of St James (also known as the Camino de Santiago, or the Chemin de St-Jacques-de-Compostelle) is a historic religious pilgrimage made up hundreds of different segments, all leading to the town of Santiago (St-Jacques) in Spain.

One branch passes through Luxembourg. It follows roughly the path of E2 from the north-eastern border with Belgium and Germany to Grevenmacher, where it splits to head towards Luxembourg City, to pass through Luxembourg Cathedral. The path then heads to an old religious site in Dudelange, before returning south-east to Schengen. 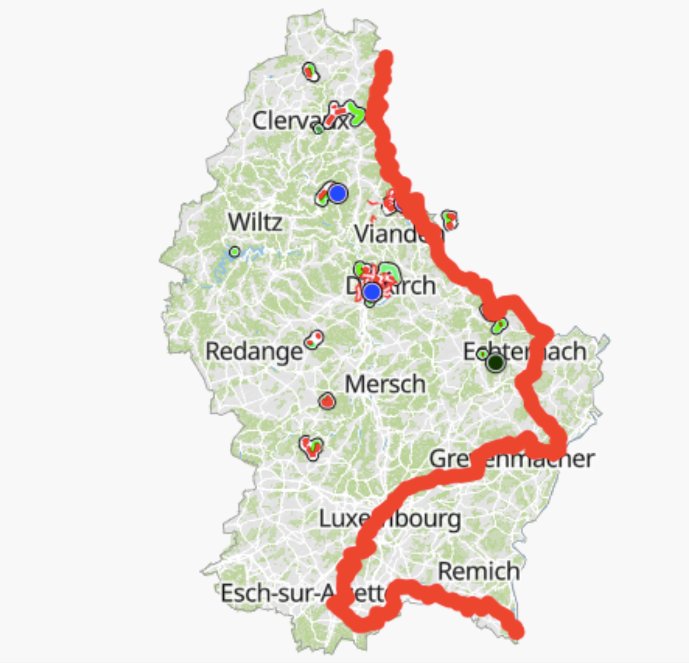 More information on the European long-distance trails can be found here.