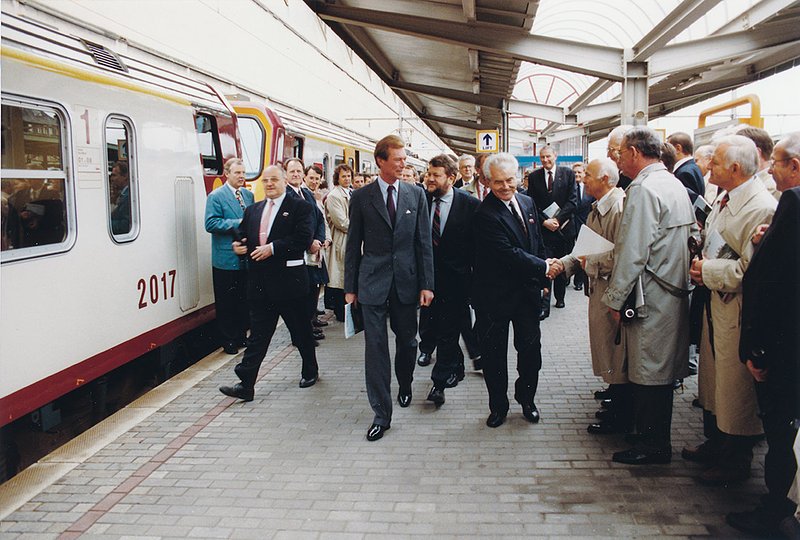 Grand Duke Henri celebrates the electrification of the national rail network, this time of the northern line from Luxembourg to Troisvierges (Gouvy). / © CFL Archives

Luxembourg's rail history has come a long way since the laying of its first tracks in 1855. Situated in the heart of Europe, Luxembourg quickly found itself to be a strategic hub for logistics, resulting in huge amounts of freight and cargo entering and leaving the country from all directions.

But there were also dark chapters in history, namely during the German occupation. This week's Knowledge Bite takes you through two centuries of rail history!

1850 - After initial negotiations with a British company failed, the Luxembourg government is granted the right to lead discussions with companies on who would lay the first rail track in the Grand Duchy.

1853 - Meanwhile, engineers and economists from Luxembourg are becoming more and more fond of a rail network, promoting the economic advantages for steel, agriculture, and trade should routes linked to neighbouring countries be established. Germany and Belgium are already far ahead when it comes to rail transport in 1853, so Luxembourg has some catching up to do. One of the most prominent voices is Luxembourger François-Émile Majerus, an engineer and geologist that spent much of his time in Mexico.

Apart from these "regular" lines, two "mini" lines are constructed with the aim of transporting iron ore from Bettembourg, Esch-sur-Alzette and Noertzange to the blast furnaces in Dommeldange.

1858 - The first stone of Luxembourg City's station is laid. The initial idea is to have the station within the city's fortress, but thanks to the Prussian occupation the railway is forced to be constructed 1,500m away on the Bourbon Plateau. The station's distance from the city is also the reason for building the Passerelle and the Adolphe Bridge. The station is made of wood.

The carriage on the first leg between Luxembourg City and Hesperange is pulled by a horse, as the track is not long enough to accommodate a proper steam locomotive.

1859 - Luxembourg City is now reachable from Thionville and Metz in August, and from Brussels and Arlon in September of 1859.

1869 - In the spring of 1869, the Prince Henry Railway Company is founded, named after the current Lieutenant-Governor of Luxembourg. The idea is to create a secondary network of railway lines, complementary to the main lines granted to "Société Royal Grand-Ducale des Chemins de Fer Guillaume Luxembourg", also called Compagnie Guillaume Luxembourg. The idea of the line is to go from Wasserbillig up to Ettelbrück, then across to the Belgian border and via Kleinbettingen to Pétange and Esch-sur-Alzette. To avoid tunnels, the leg between Wasserbillig and Ettelbrück follows the Sauer river.

1877 - With decreasing sales in Luxembourgish iron ore, the Prince Henri company goes bankrupt. The government steps in to save the project and forms the “Société Luxembourgeoise des Minières et Chemins de Fer Prince Henri”, also abbreviated as "PH". The lines are finished off and Luxembourg's longest tunnel of 700m is dug out. Train tickets are looking very classy at this time: 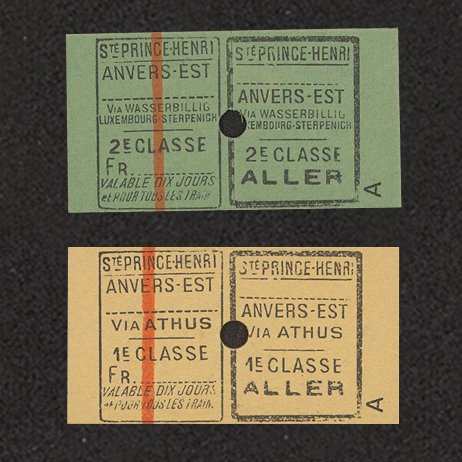 1880 - The first direct express train between Luxembourg and Paris is launched.

1907 - Almost 50 years after its inauguration, the "Gare de Luxembourg" is in need of urgent restoration. The half-timbered building from 1858 changes and gradually takes the shape of the current building. The German architects Rüdell, Jüsgen and Scheuffel choose the Moselle baroque style for the main building and its bell tower.

1942 - With the Second World War and forced Germanisation, Luxembourg not only experiences its darkest hours in history, but also faces problems with its railway system. The Luxembourg rail network is forcibly incorporated into the German railway network "Deutsche Reichsbahn". Although day-to-day services are continued with Luxembourgish staff, technical aspects are adapted according to German standards.

1944 - Luxembourg station and its surroundings are heavily bombed, but the main building survives. When it becomes clear that it is only a matter of time for American troups to reach the region, trains are used to transport German forces east to Wasserbillig and get them out of the country.

Fun fact: did you know you can still travel on an old steam train in Luxembourg? The Minett Park has two trains running between Petange and Fonds-de-Gras on the former mining line. This train was opened in 1874, and you can still get the true experience of it today between May-September. Have a look here. 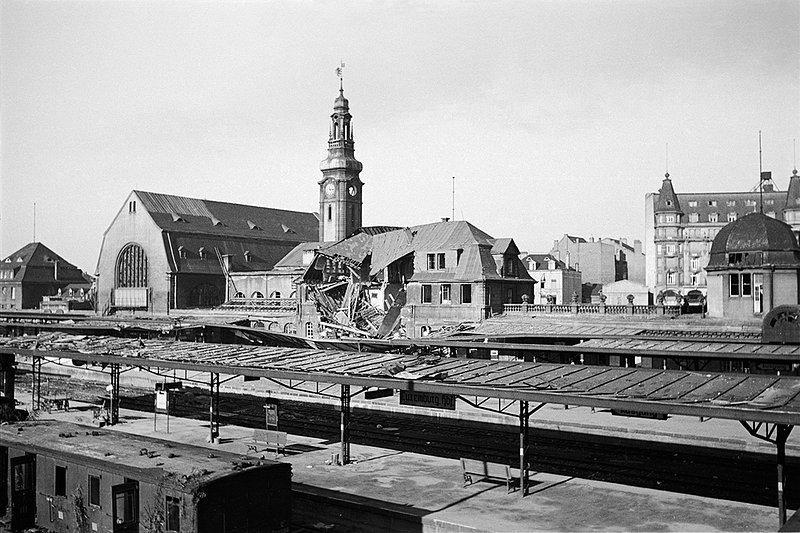 1946 - In the aftermath of the Second World War, an agreement between the Luxembourg, French and Belgian governments is signed, and the Luxembourg National Railway Company (CFL), headquartered in Luxembourg, is founded.

1951 - The length of the Luxembourg rail network had been reduced by almost half in the span of twenty years, from 500km in 1948 to 275km in 1968. In 1951, the CFL decides to set up a bus service to provide alternative means of transport on old railway lines.

1956 - The Luxembourg rail network takes a big step forward with the electrification of the Brussels - Luxembourg and Luxembourg - Metz lines. 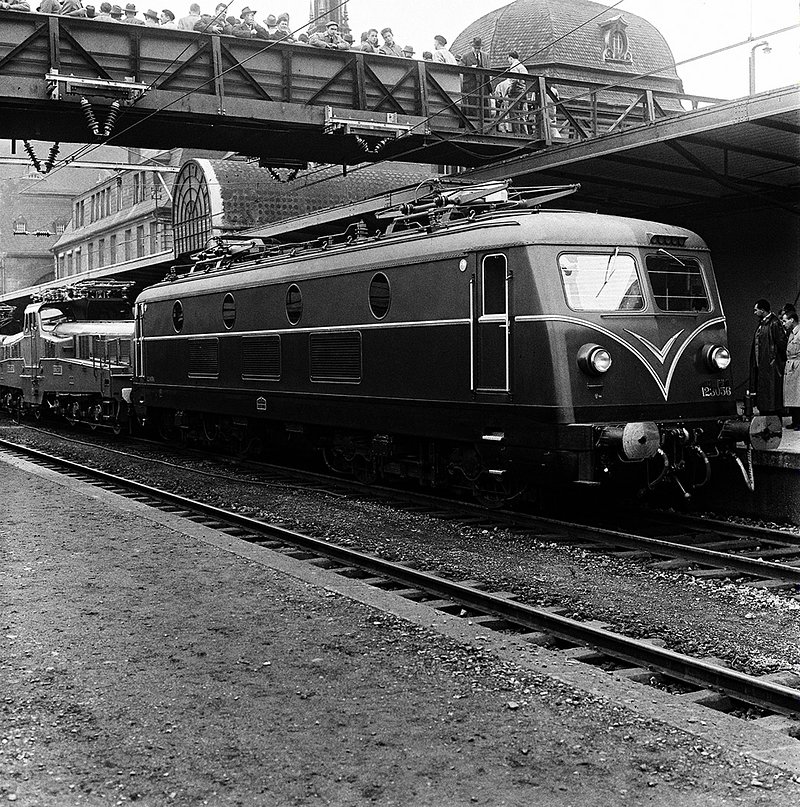 1979 - With Luxembourg becoming an increasingly important hotspot for cargo services in Western and Southern Europe, the Bettembourg freight terminal is built. Today, the terminal can handle 700 metre-long trains, has warehousing facilities, routes to Antwerp, Lübeck, Helsingborg, Le Boulou, Milan and Trieste, and even has possibilities to repair and manage fleets.

1993 - The CFL extends the electrification of the national rail network. This time of the northern line from Luxembourg to Troisvierges (Gouvy). Grand Duke Henri is one of the first to travel on the electric line.

€70 million to be invested in northern railway line, CFL trains to be fitted with wifi

1994 - Railway signalling has been controlled manually until this day, but it is gradually being automated, and thus signaling stations are being equipped accordingly. 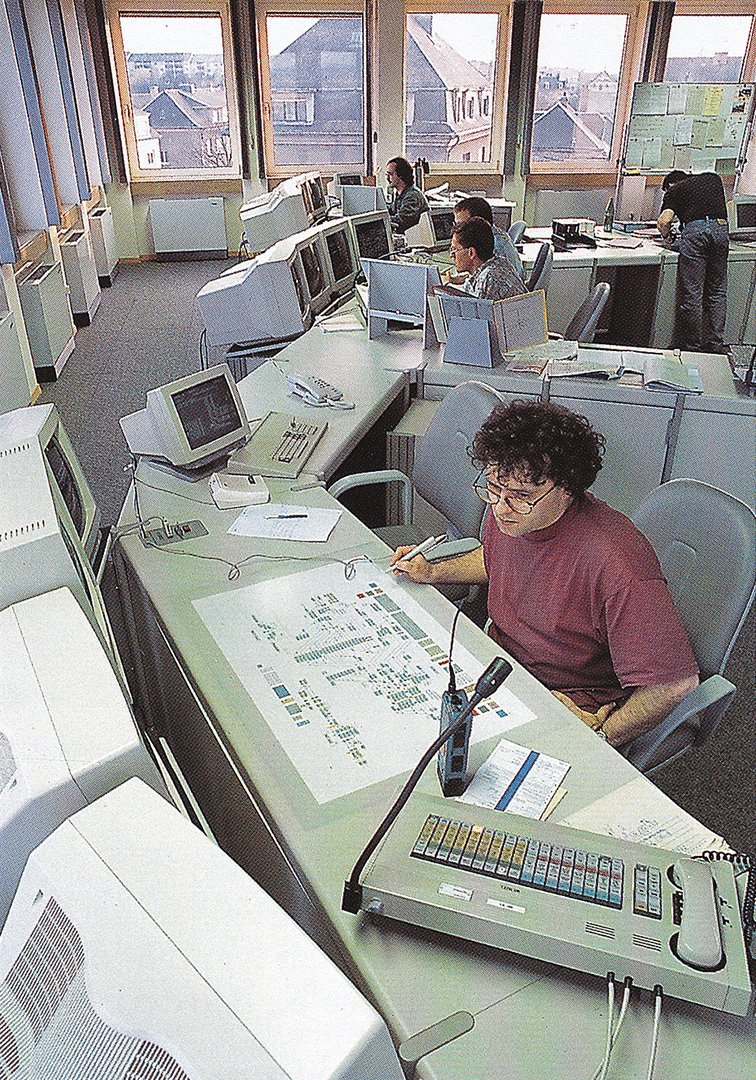 2004 - This is the year of the CFL fleet modernisation. It receives the colours and logo that we know today. With a total of 22 companies and more than 4,600 employees, the CFL Group ranks among the country's largest employers. In 2013 it carried 20.7 million passengers and 804 million tonnes of goods.

2019 - the first CFL freight train sets off from China to Luxembourg after years of planning and discussion. The train travels 10,000 km in two weeks, passing through Russia, Belarus, Poland and Germany before arriving in Bettembourg in southern Luxembourg.

2020 - Free transport in Luxembourg, 170 years after the first decision to get started with rail transport in the Grand Duchy.

Ever been curious as to what view the driver is having during a train ride? Have a look at this video below on the route between Luxembourg and Kleinbettingen!