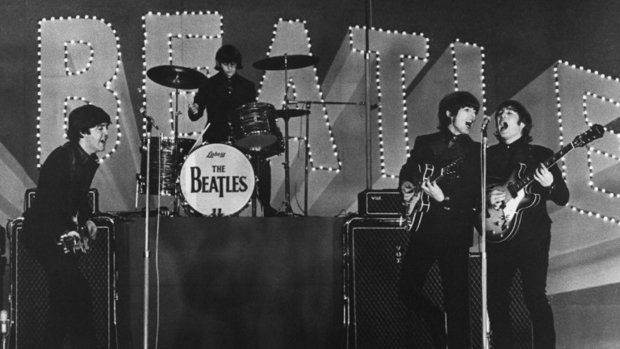 What do the Beatles and the Grand Duchy have in common?

Camillo Felgen might not necessarily be a household name these days, but his work is certainly well-known. The Luxembourgish singer, DJ, and TV presenter was also responsible for translating some of the biggest songs in musical history into German, including tunes by none other than the Beatles.

Felgen began his musical career as a  chorus singer for Radio Luxembourg in 1946 after studying theatre and opera. His first hit song, Bonjour les Amies, eventually became the theme song for the national broadcaster. In 1960, Felgen performed at the Eurovision Song Contest, the first Luxembourger and first male contestant to represent his country, and the first to sing in Luxembourgish. Sadly, his efforts went unappreciated, as he finished last with a single point. Two years later, however, his second appearance at Eurovision won him third place.

Away from his own career, Felgen made musical history in other ways, writing the German translations for popular English songs. Using the pseudonym Jean Nicolas, Felgen was the author of the only two Beatles songs which were recorded and translated into German: I Want To Hold Your Hand (Komm gib mir deine Hand) and She Loves You (Sie liebt dich).

As to how this came about, in 1964, a producer from EMI flew Felgen to Paris to meet with the Beatles, who had agreed to make two German recordings, as it was common for some artists to release music for the German market in the 1960s. However, they had rejected the original translations and refused to sing them, boycotting the radio session.

Felgen was given less than 24 hours not only to translate and finalise the lyrics in a manner which the group would find acceptable, but also to coach the Fab Four to sing phonetically in German.
However, the Beatles hated the idea of making foreign-language recordings - thus, those two songs recorded in Paris, assisted by Felgen, were the only songs the Beatles ever recorded in German (although two unofficial recordings were released eventually). They were also the only songs the group ever recorded outside of London. Unsurprisingly, the Beatles found fame in Germany with their own music in English.

Felgen, who had by this point led a successful career in music with several hit songs, particularly in Germany and France, went on to work as a game show presenter, while also making a number of acting appearances. He passed away in 2005 at the age of 84.