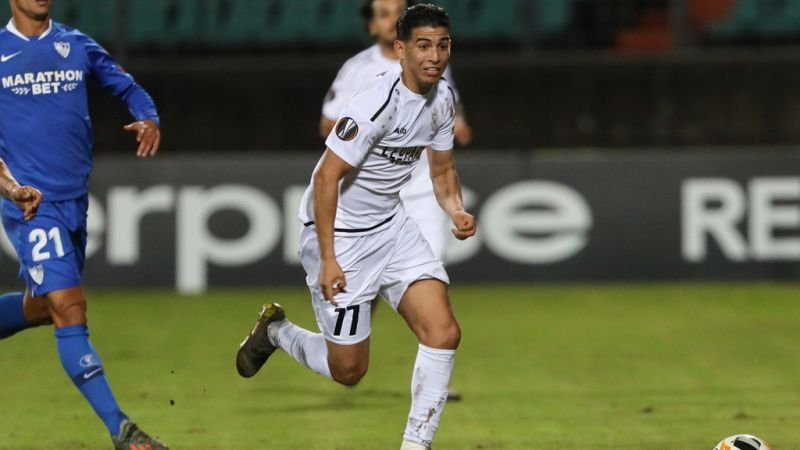 F91 believed until the end but failed to maintain their lead at the end of the match against Qarabag on Thursday evening.

Dudelange came within moments of a second historic win in the Europa League on Thursday, but in the end Bertrand Crasson's men were unable to stop Qarabag from equalising in extra time. F91's hopes of avenging their 4-1 defeat in Luxembourg were solidly dashed.

No drones interrupted this game, but in a virtually empty stadium, the absences of Danel Sinani and coach Bertrand Crasson due to suspension were keenly felt.

Dudelange exhibited a tentative defence, and were lucky that Qarabag's attack remained unsuccessful for most of the game.

Despite this, F91 did not have a chance of their own until the 20th minute, when Bernier centred the ball for Bettaieb, whose shot was saved by the Azerbaijan team's keeper.

After half time, Dudelange showed renewed determination, with Bettaieb scoring a goal - arguably deemed to be offside. Their persistence paid off as the match passed the hour mark, with a pass from Stolz finding Bougrine, making space between the Qarabag defenders to slot the ball home.

The goal seemed to provoke Qarabag into action, increasing pressure which the Dudelange defence struggled to contain.

Joubert pulled off a good save, while Schnell blocked Zoubir from scoring in the 85th minute. Dudelange were finally punished in stoppage time, when Gueye broke free to face Joubert alone and scored for Qarabag.

F91's European campaign ended thus, with the Luxembourgish team placed at the bottom of Group A.

Positives to take away from their run are this draw and their first European victory against Apoel Nicosia, which left them with four points overall.

The Dudelange defence conceded 18 goals over six games, while they could have done better offensively, scoring eight times including two against group winners Seville and four against Nicosia. F91 will now focus on the domestic championship.