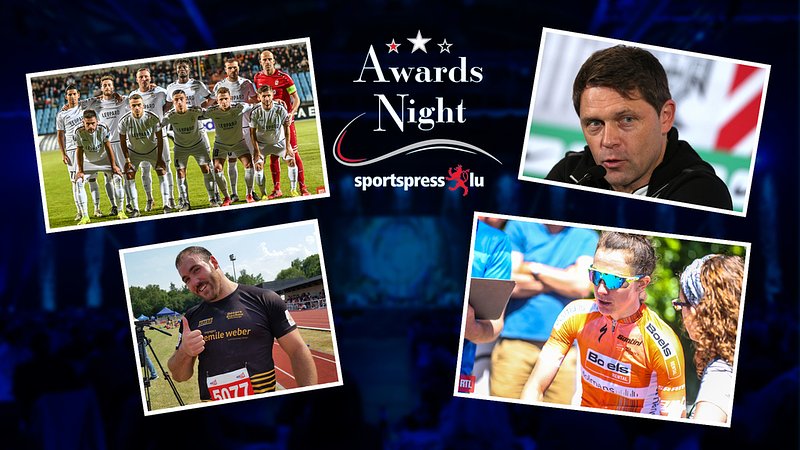 The Sportspress's Awards Night took place on Thursday night, celebrating the sportspeople of the year.

In addition to the main prizes of sportsman, sportswoman, sports team, and trainer of the year, the awards also gave out a fair play prize, an award for best disabled sportsperson, an honourable mention, and best young sportspeople.

Sportswoman of the Year

Cyclist Christine Majerus retained her fifth-consecutive title, having won Sportswoman of the Year a total of six times. The cyclist beat out karate's European Champion Jenny Warling (2nd), and former winner Ni Xia Lian, who has qualified for table tennis in the 2020 Olympics.

Sportsman of the Year

F91 Dudelange was honoured as the Team of the Year for the second consecutive year, making this the third time the Europa League team has received the accolade (the first in 2012). F91 beat the Luxembourgish national football team and the women's national table tennis team for the crown.

Trainer of the Year

The national trainer of the Red Lions was awarded the accolade of Trainer of the Year, followed by triathlon trainer Dan Lorang, and Ni Xia Lian's trainer Tommy Danielsson.