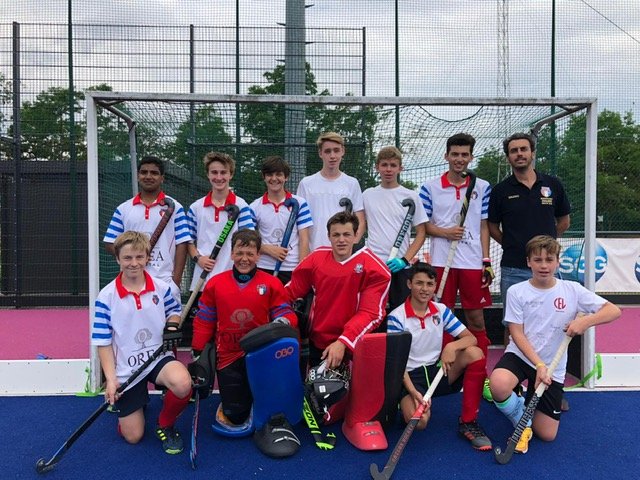 The U16 Boys of the Luxembourg national field hockey team will play their first game against Georgia at the EuroHockey5s U16 Championship II Boys in Albena, Bulgaria, on July 4th.

This Saturday, they played their final test match again the Arnhem Hockey Club U16 team in Cessange.

It was a striking victory with multiple goals on the Luxembourg side with a final score of 12-3 for the hosting team. The team clearly is ready for their first ever international event, even though coach Nacho Gomez is very cautious about the results in Bulgaria.

The final 10 players have only been chosen a few weeks ago, and they still lack the habit of playing together. Considering the speed, regular changes and unknown opponents, the team will find itself in continued new experiences, situations and challenges. The coach is however very confident that this team will do very well. The boys are extremely motivated, and have been training non-stop for the last few months.

The team is leaving on July 3rd and play their first game on July 4 against Georgia. The following days they will be up against Finland and Slovenia.

More info on the schedule and teams can be found here.