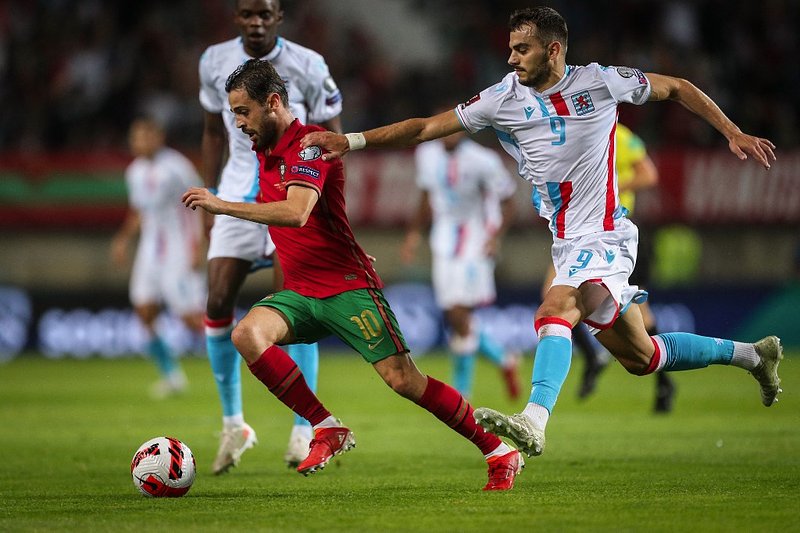 Led by Cristiano Ronaldo, the Portuguese team made quick work of their Luxembourg adversaries, eliminating the Red Lions in the process.

Luxembourg will not be going to Qatar in 2022. The defeat against Portugal puts an end to any hopes the team might have had of playing in the next World Cup after a strong showing against Serbia, and making a total 6 points in earlier games.

Liveticker - as it happened

They only have themselves to blame. After a weak start and multiple errors early on, they shipped three goals very quickly, two of which were penalties.

Cristiano Ronaldo notched up three goals in total, the last of them an impressive header mere moments before the final whistle, bringing the score to 5-0 in the 87th minute.

It was a disappointing result for the Luxembourgish team, which might have hoped to repeat their 1:3 home game back in March, where they ran their opponents a little closer than the scoreline suggested. On Tuesday they were simply outclassed and outplayed.

The Red Lions will now face Azerbaijan and Ireland in November in what are effectively dead rubbers.