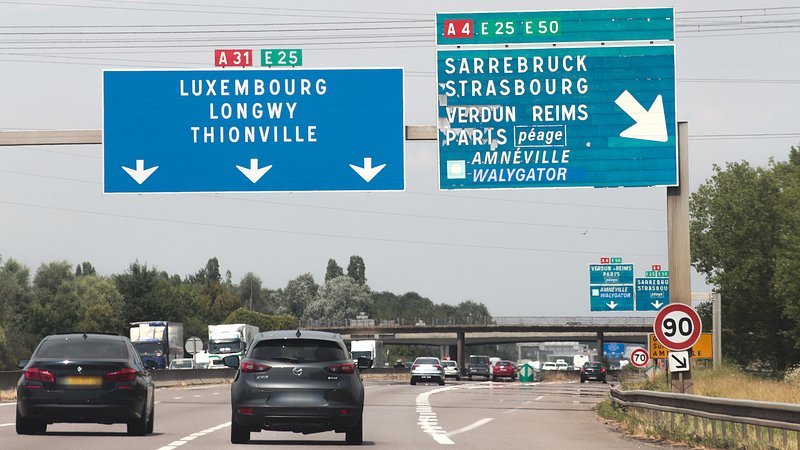 Bad news for cross-border commuters - the installation of a toll on a planned bypass of the A31 motorway into Luxembourg will see travel costs soar.

A round trip from France to Luxembourg could cost motorists between €5.60 and €8.80 once the new section of the A31 is concluded, depending on the route used for the planned Thionville bypass.

Read also: Is being a cross-border worker still worth it?
On Tuesday evening, DREAL (Regional Directorates for Environment, Planning and Housing) presented the consultation for the project, confirming a significant toll cost will be required to finance the A31bis bypass. The northern section of the project, linking Thionville and Luxembourg, will be managed by a private company.

In exchange, the management company will install a barrier-free toll on the Thionville bypass once it is completed - at the earliest, this is expected to take place by 2030 in its simplest form, or 2038 depending on technical complications. "Using public funds alone for the development of the motorway infrastructure will result in a longer lead time for completion," said DREAL.

According to Laure Perrin, from DREAL's Transport Department, the cost of the toll will depend on the route used for the bypass. However, a tunnel or viaduct would result in potentially high costs for motorists. 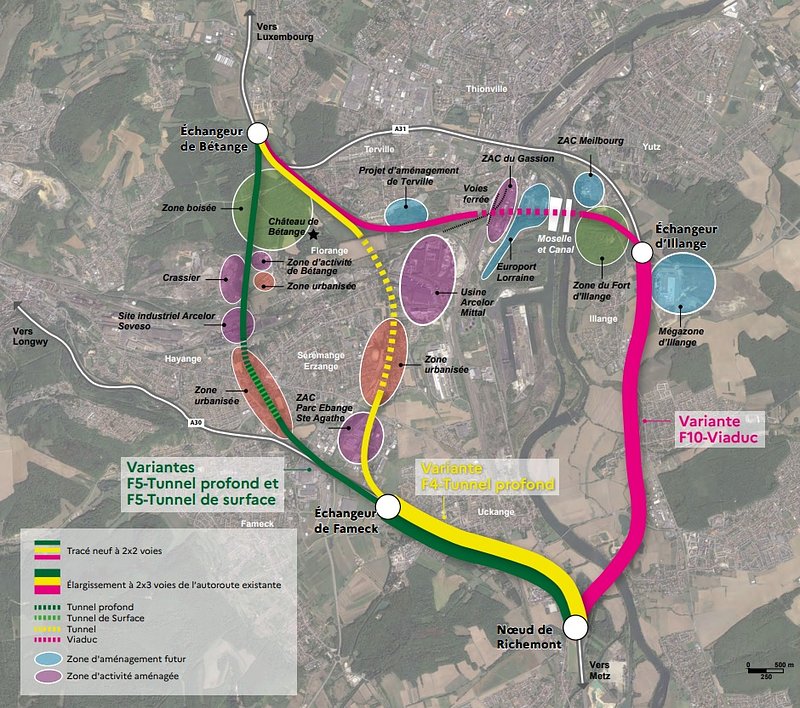 The F5 variant and its surface tunnel would be the cheapest option at €2.80 for the entire route, bypassing Thionville and covering the northern part towards the Luxembourg border. This would be €5.60 for a round trip, and €112 for one month, or 20 round trips. To cut the route in half, without taking the new bypass, would cost around one euro per trip.

The other routes also represent a significant expense. The F4 zone, and its 2.2 km tunnel would be financed by a €4 toll per passage (compared to €2 between Thionville and the border), or €8 per day and €160 per month, if only working days are included.

Finally, the F10 route, created as a viaduct from Illange, would result in a toll of €3.10 according to DREAL estimates. This would cost €6.20 per day or €124 for twenty days of work (about €1.50 per journey from Thionville).

As on the rest of the French motorway network, the price of the toll will depend on the type of vehicle, with heavy goods vehicles paying around three times more.

The consultation dossier adds that the economic cost of the toll should be compared with the current costs of the situation as it stands for road users. However, residents in areas around the bypass fear that motorists will flock to this secondary road in order to avoid the main motorway.

On Tuesday evening, the prefecture said that motorists and truck drivers were likely to favour the comfort of the motorway. At worst, DREAL said, developments aimed at limiting the traffic caused by the project on secondary roads could be put in place in order to force transit traffic to use the motorway.