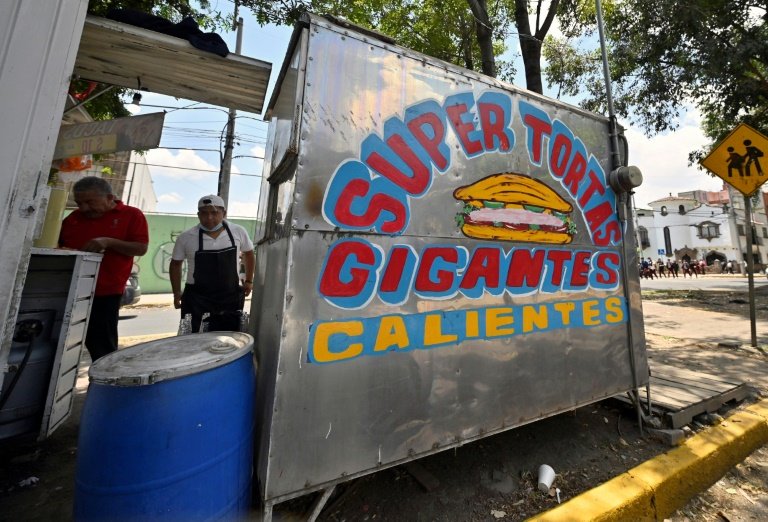 A view of a street food stand in Mexico City that still has its colorful sign advertising tortas, a type of sandwich / © AFP

The erasure of colorful pictures of tacos and other mouth-watering street food from stands in the heart of Mexico City has dismayed fans of the signs, considered part of the capital's identity.

The mayor's office in the district of Cuauhtemoc, which includes the city's historic center and several other traditional neighborhoods, ordered the removal of the images that adorned hundreds of food kiosks.

They have been replaced by a nondescript government sign declaring that Cuauhtemoc -- one of 16 districts in the sprawling capital -- "is your home."

It is a matter of "order and discipline" to improve the city's image, said the district's mayor, Sandra Cuevas, who snatched the position from the ruling left-wing party in last year's elections.

It may seem like a minor matter in a city of nine million people plagued by heavy traffic, pollution and the risk of deadly earthquakes -- but the metal stands, where thousands gather to eat, and their signs are part of the city's DNA, according to a citizen group opposed to the move.

"It's an attack on the identity of the city and of all Chilangos (residents of the capital)," Aldo Solano, a 35-year-old art historian, told AFP.

"They erased many signs that are popular art, part of the traditional image" of the city, he added.

The signs themselves represent the menu of the street food stalls, which number in the thousands across the capital.

Drawings of steaming tacos or a smiling pig in a saucepan leave no doubt that here you can savor the famous Mexican tortilla-based dish, or pork "carnitas" fried in lard.

The illustrations date back to the beginning of the 20th century when Mexico had high rates of illiteracy.

"That's why an iconography was used. Now it's not the case, but the tradition has been preserved," Solano said. 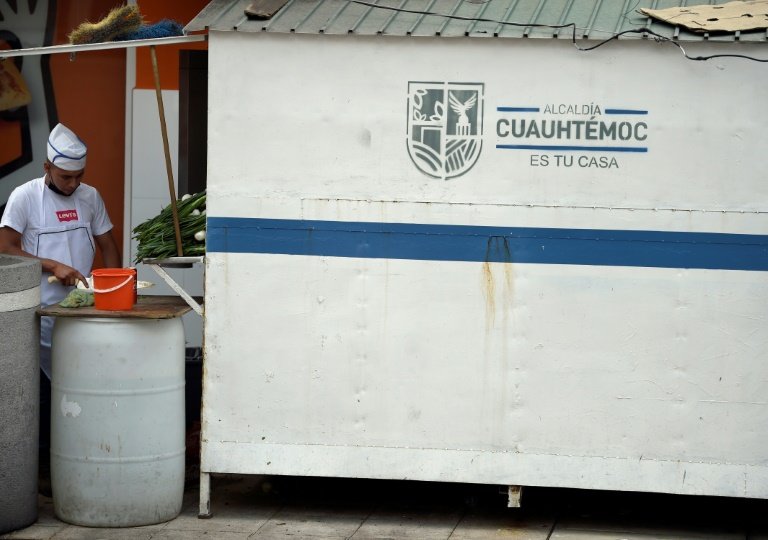 The goal of competing food vendors is to be easily noticed by hungry customers in a crowded public space.

"It's a basic marketing tool," said Tamara de Anda, 28, a member of a group that is building a digital archive of city signs with input from citizens.

Vendors fear customers will now find it harder to know what each stall sells, but they dare not protest due to fears of getting in trouble.

"They told us 'take it away or take it away,'" said a fruit juice vendor who did not want to be named.

Mayor Cuevas, 36, has been involved in several controversies.

In March she was temporarily suspended from office for assaulting some police officers, to whom she had to apologize.

Even before she was elected, she was accused by Mexico City officials of "extorting" informal merchants so they could work, which she denies.

Since 1985, Adan Navarrete has painted numerous storefronts with drawings like a chef showing off a dish or a smiling clown for a children's party store.

However, his business began to decline with the adoption of new painting techniques in the 1990s.

The removal of the street food signs -- which the 53-year-old calls a "very big mistake -- is another blow.

He fears that some of the creations, which were periodically retouched, are now lost forever.

"It's very difficult to do it again, because many of the masters (who painted them) no longer exist," he said.