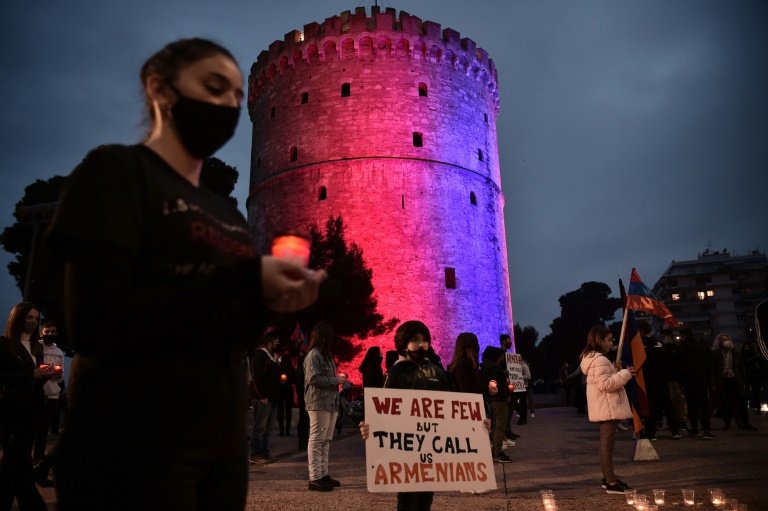 Turkey and Armenia have agreed to name special envoys to try and mend their historically hostile relations and bring economic prosperity to the troubled Caucasus region.

Analysts believe that with the backing of powerbrokers such as Russia and the United States -- and dropping opposition from Armenia's sworn enemy Azerbaijan -- this could be their best chance at success to date.

Yet many stumbling blocks stand in the way and success could take years to achieve. AFP looks at the issues at stake.

What are their current ties?

Turkey joined the rest of the international community in recognised Armenia's independence after the collapse of the Soviet Union in 1991.

But the two never exchanged ambassadors, keeping their contacts to a minimum, according to Bayram Balci, director of the French Institute of Anatolian Studies in Istanbul.

Their border was shuttered in 1993, when Turkey backed Azerbaijan in its majority Muslim ally's first war with Armenia over the disputed region of Nagorno-Karabakh.

The border has remained sealed ever since, badly hurting trade, which has been largely limited to occasional charter flights.

What are the obstacles?

One of the biggest sources of tension has revolved around Ankara's refusal to recognise the genocide of Armenians by Ottoman Turks during World War I.

Starting in 1915, the crumbling Ottoman Empire's Armenian population was arrested, deported and killed, with the death toll estimated at up to 1.5 million people.

US President Joe Biden overcame decades of Turkish pressure and -- bowing to the large Armenian diaspora in the United States -- recognised the genocide this year, joining countries such as Germany, Russia and France.

However, "the issue of recognising the genocide has never been, under any government, a condition of Armenia's to establish relations with Turkey," Alin Ozinian, an analyst based in Armenia, told AFP.

"Lately with the United States' recognition and the use of the word genocide by President Joe Biden, the issue has also lost its significance," she added.

How did past attempts go?

In 2008-2009, Armenia and Turkey were placed in the same football World Cup qualifying group.

The Armenian and Turkish presidents watched the away legs of both matches, paying mutual visits and eventually signing a "protocol to establish diplomatic relations".

It was never ratified.

Azerbaijan, angry at being excluded from the process, retaliated by threatening to suspend essential supplies of natural gas and oil to Turkey.

"The Turks were forced to retreat," said Balci.

In 2013, Turkey's Recep Tayyip Erdogan, who was then prime minister, wrote a "letter of condolence" in 19 languages to Armenians, deploring the "tragic events" of World War I without using the word genocide.

What are the chances of success?

According to Matthew Bryza, a researcher at Atlantic Council in Istanbul and former ambassador to Azerbaijan, "this is the start of a significant process of reconciliation".

He and other analysts note that Azerbaijan was able to regain much of the territory it lost in Nagorno-Karabakh in a second war last year, removing a top obstacle in the reconciliation process.

"Now with the second Karabakh war over, Azerbaijan no longer opposes such normalisation between the two countries," Bryza said.

Turkish Foreign Minister Mevlut Cavusoglu said on Wednesday that a former ambassador to Washington, Serdar Kilic, would be Ankara's special envoy for the normalisation talks.

During the announcement, he "underscored... Turkey would take all steps in coordination with Azerbaijan", Bryza said, making sure Baku's main concerns are addressed.

What do Russia and US think?

After playing a decisive role in putting an end to the Nagorno-Karabakh war, "Russia is seeking the normalisation of relations because it wants transport and energy lines to open in the region," Ozinian said.

US Secretary of State Antony Blinken said Washington "strongly" supports the start of the process.