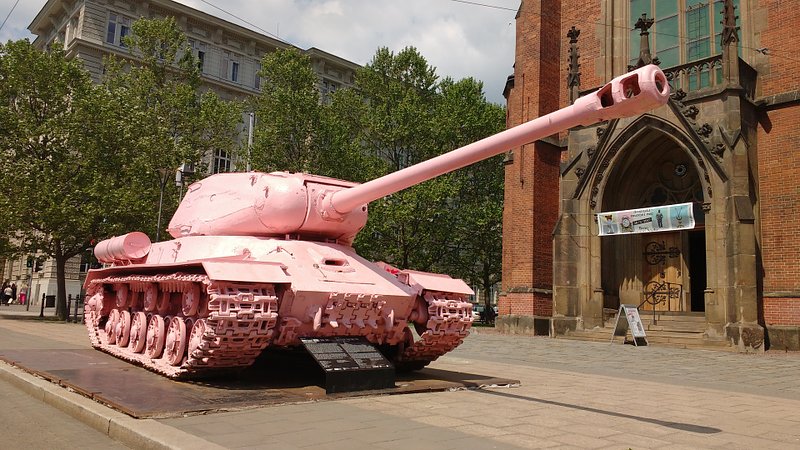 When Czech police used a tank to promote their amnesty campaign for illegally-held weapons, they were certainly not expecting one to actually be handed in.

Police officers in the city of Hradec Králové, in the east of the country, were shocked after a local resident delivered to law enforcement his pink Soviet T-34 tank and a self-propelled gun as part of the amnesty.

In a statement posted on Facebook in early April, local police acknowledged that the tank they included in their campaign launch video was meant as an exaggeration.

The man, from the Hradec Kralove region, confirmed to police that he owned a Soviet-era T34/85 tank and an SD-100 self-propelled artillery gun, which was made in the Czech Republic to Soviet blueprints.

A collector of historic weaponry, the unnamed tank aficionado had owned the items since the 1990s. According to local media, he claimed he thought the items were owned legally, but was unsure if they had been properly deactivated.

While police stated that the tank and artillery gun provided no safety risk, they noted that the deactivation was not compliant with current legislation. The man has now been granted some time to ensure full compliance so that he is allowed to keep the vehicle.