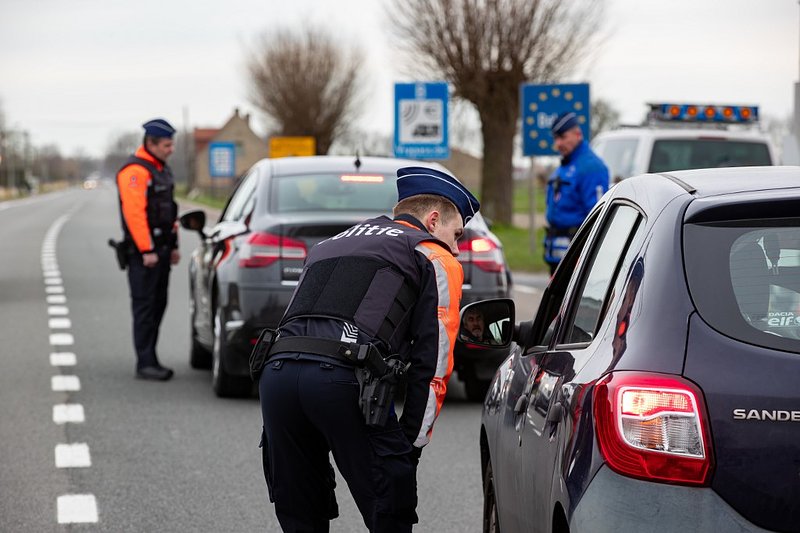 Across Europe, closed borders are beginning to reopen. Here are the latest developments.

After three months of domestic isolation, from 15 June Europeans will be able to begin moving from country to country again, as the coronavirus crisis continues to fade away.

But watch out: not every border is open to the public. The return to normal circulation has been hap-hazard, and the map of Europe is a mosaic of green, orange and red lights, depending on the destination.

Italy began its process of reopening to tourists as early as 3 June, even as the majority of European countries kept their own borders closed to the country which was originally the worst affected on the continent.

Another country desperate to save its tourist season was Croatia, which opened its borders this Thursday, while Poland is open to European tourists since Saturday.

A number of countries have elected to pursue a so-called 'onion strategy' of reopening to neighbouring countries first, before extending their perimeters further out. In that way, it's already possible to travel without restrictions through central Europe, or around the Baltic countries.

On a continent where almost every country had shut down its borders in mid-March, two countries were notable exceptions: Sweden, which stayed open to all EU travellers, and Luxembourg, which had to guarantee access for vital cross-border workers.

Belgium, France and Greece are reopening their borders to all travellers on Monday morning. Athens, heavily dependent on tourism, will go even further and invite tourists from various regions outside the EU, including Australia, New Zealand, Japan, South Korea and China.

Austria will wait until midnight on Monday to open its road, rail and air borders to the rest of Europe. Border restrictions with Germany will be lifted overnight on Sunday, declared a government spokesman.

Among countries which will soon open borders, or have already done it, many (Hungary, Bulgaria, Austria, Czechia, Slovakia, Latvia included) will keep restrictions on certain parts of Europe where the infection rate has been judged to be still too high.

Although each country has chosen its own exceptions, the UK and Sweden feature prominently, while Spain, Portugal, and even France, Belgium and the Netherlands are included on some restricted lists.

Countries from at-risk countries are either totally banned from entering, or in some cases must prove a negative COVID-19 test or self-isolate for 14 days. France has warned that it will apply reciprocal restrictions with any countries that limit access to its citizens.

Romania is keeping its borders closed and has not specified any date for their reopening.

Portugal and Spain will wait until July 1st to welcome tourists, with reciprocal restrictions attached to visitors from several countries.

In a pilot scheme, the Balearic Island will be open to around 11,000 Germans from 15 June.

Norway has opened its borders only to its Scandinavian neighbours, excluding Sweden. Denmark has also been selective, allowing only tourists from Germany, Norway or Iceland.