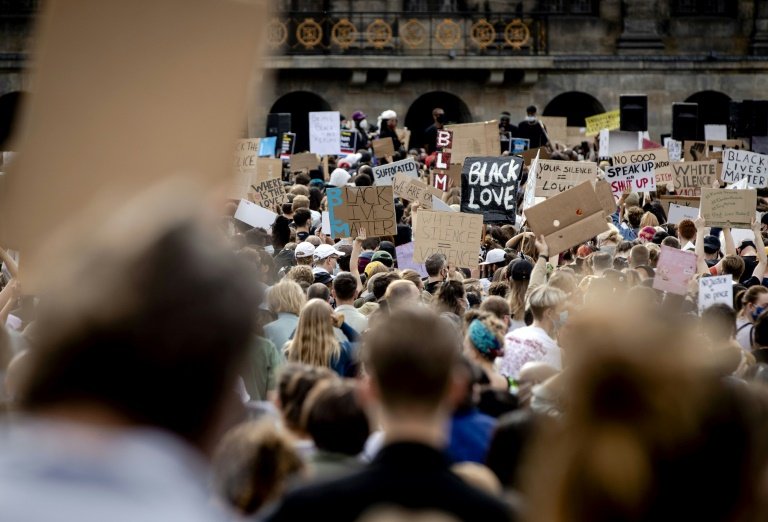 Demonstrators in Berlin Kreuzberg and Amsterdam flocked to the city centre to show solidarity with anti police violence protesters across the United States after the killing of George Floyd. But attendees disregarded any form of social distancing, nor wore face masks.

In Berlin, masses simultaneously gathered to save the city's "rave culture", in what turned out to be more of a "corona party" than a coordinated demonstration. Cafés and bars opened Tuesday in the German capital.

Amsterdam's city council only expected a few hundred demonstrators on Monday afternoon, but this figure quickly grew to 5,000.

Amsterdam mayor Femke Halsema has been criticised for not intervening with police, but defended her actions by explaining that "during the demonstration the number swelled and the police were not prepared."

Several Dutch politicians have called on all participants to self-quarantine for two weeks.

in berlin, there was a BLM protest at the same time as a boat party "protest" to save berlin clubs

instead of joining the BLM protest, they put up a small banner with the words "black lives matter", kept partying +considering themselves antiracist herospic.twitter.com/C1aiGpTYo1