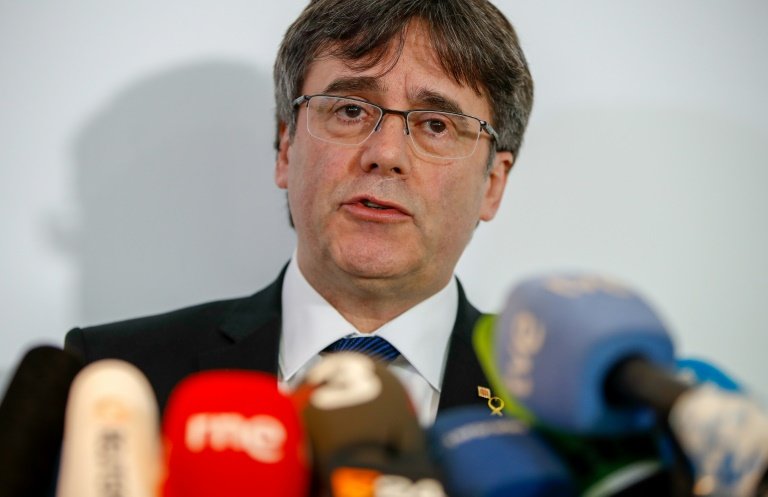 Catalonia's former leader Carles Puigdemont said Tuesday the high-profile trial in Madrid of 12 ex-colleagues involved in a secession bid was a "stress test for Spanish democracy."

It was also "a test for Spain's judiciary," he said in Berlin a day after attending a film gala along with Chinese dissident artist Ai Weiwei.

Puigdemont, who fled Spain in 2017 after leading a failed bid for Catalan independence, described his former colleagues on trial as "honourable, innocent, democratic people," and insisted there were "no criminal violations of the Spanish criminal law."

In October 2017, separatist leaders held a banned independence referendum that was marred by police violence, followed by a short-lived declaration of secession.

On Tuesday, the 56-year-old questioned why the European Union was "more concerned by what is going on for example in Venezuela than what is going on in Madrid," referring to the bloc's decision to call for new presidential elections in that country.

There is an arrest warrant out for Puigdemont in Spain but authorities twice dropped a European warrant against him.

In July 2018, a German court declined to extradite him to Spain on a charge of rebellion, the same charge levelled at nine of those on trial in Spain.