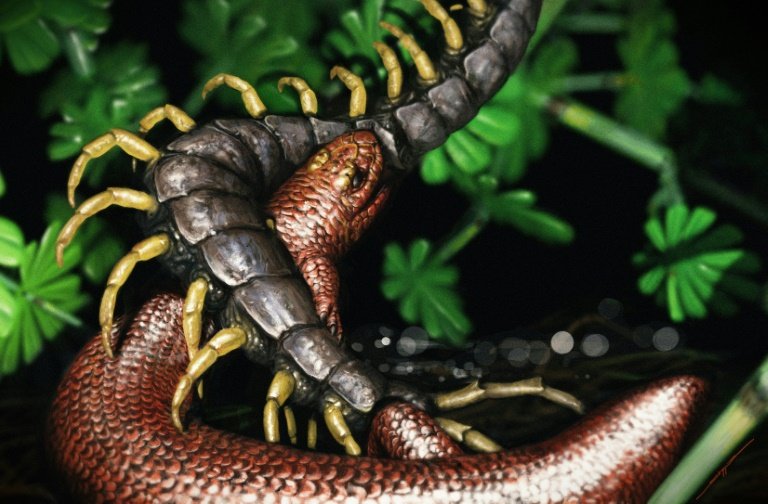 Microsaurs are a group of small, lizard-like animals that roamed the Earth more than a quarter billion years ago, well before proper dinosaurs made their appearance / © CARLETON UNIVERSITY/AFP/File

A finger-sized fossil from 308 million years ago unearthed in the United States gives tantalising clues to the habits of tiny dinosaur-like creatures that may be the forerunners of reptiles, researchers revealed Wednesday.

The new species is a microsaur -- small, lizard-like animals that roamed the Earth well before proper dinosaurs made their appearance.

The find sheds important light on the evolution of different animal groups, including amphibians and reptiles, scientists wrote in the journal Royal Society Open Science.

Microsaurs lived during the Carboniferous period, when the forebears of modern mammals and reptiles, called amniotes, first appeared.

Encased in a bog in what is today the central United States, the specimen's serpent-like body measures about five centimetres (two inches). 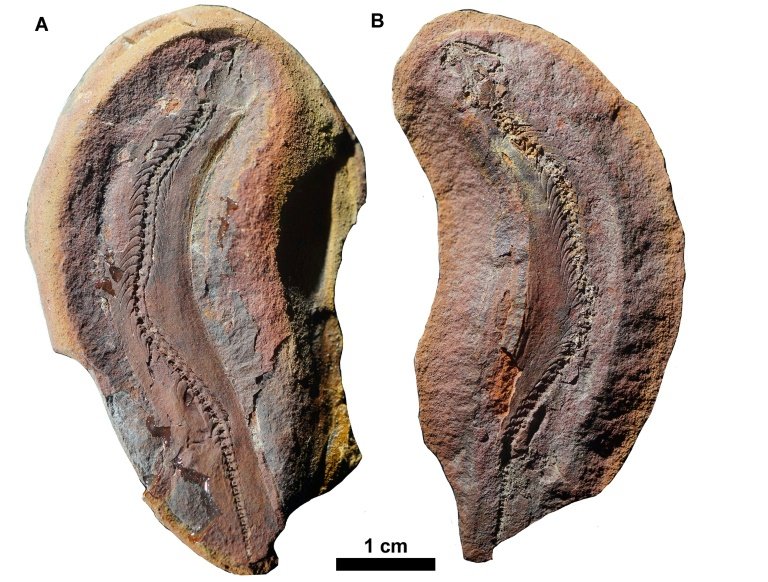 In deference to its tiny size, researchers dubbed the new species Joermungandr bolti after a giant sea serpent from Norse mythology who did battle with Thor / © CARLETON UNIVERSITY/AFP/File

In deference to its tiny size, researchers dubbed the new species Joermungandr bolti after a giant sea serpent from Norse mythology who did battle with Thor.

Scientists were astonished to discover the fossil also contained the animal's skin.

"Areas of the skin had only been known from fragmentary fossils before," said Mann.

Contrary to previous ideas about microsaurs, which had been classed as amphibians, Mann and his team discovered that Joermungandr had scales.

"This animal really had a reptile-like look to it."

Mann said the research suggests not only that microsaurs might be early relatives of reptiles, but also that the ability to burrow may have played a bigger role in the origin of amniotes than originally thought.

The researchers used a highly sensitive imaging technique called scanning electron microscopy (SEM) to get an up-close look at the nearly perfect fossil. 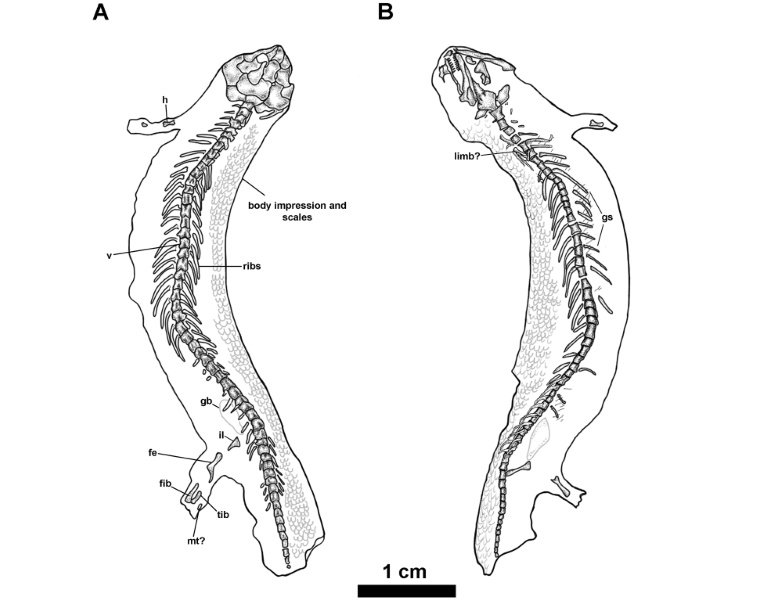 They discovered a pattern of ridges similar to those found on the scales of modern reptiles that dig into the ground.

Along with other features like a robust skull and elongated body, the scale shape led researchers to hypothesise that Joermungandr burrowed as well.

"It would probably have been a head-first burrower, using its head to smack itself into the soil," said Mann.

"Its limbs were probably not very functional. It may have used them to stabilise itself as it was wobbling around. But its primary mode of movement would have been side winding like a snake."

The SEM imaging technique is now being applied to many other ancient fossils, Mann said.

"We plan to do a lot of SEM and also 3-D printing the scales at larger sizes," he added. "And some biomechanics to see how they interacted with things like dirt and water."