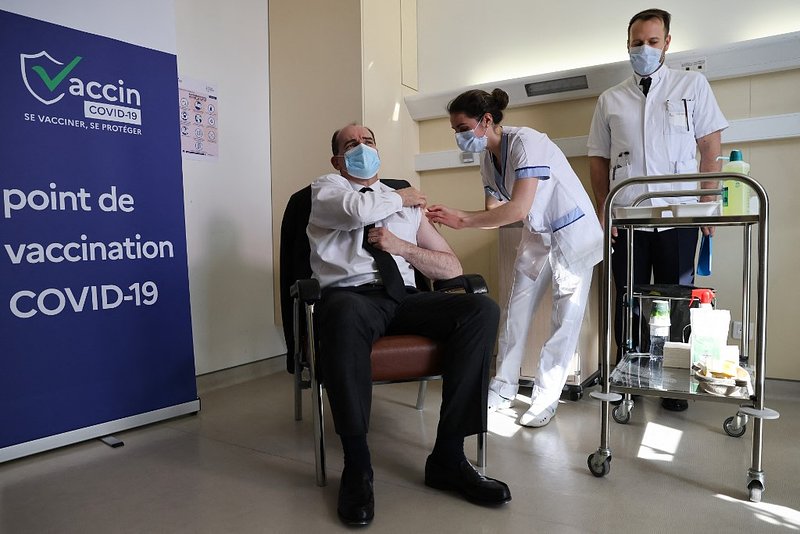 France's health authority on Friday recommended that only people aged 55 and over should be given the AstraZeneca Covid-19 vaccine due to reports of blood clots, while giving the green light to resume its use after a brief suspension.

It said its recommendation was based on the fact that the reports of blood clots that had prompted its suspension in France and other European countries had only been seen in those aged under 55.

Prime Minister Jean Castex, himself aged 55, had a jab hours later live on television in a bid to bolster public confidence in the AstraZeneca injection.

"I did not feel a thing even though I am a little squeamish," the premier said at Bégin hospital in Saint-Mandé, near Paris.

The European Medicines Agency (EMA) on Thursday deemed the vaccine from the Anglo-Swedish laboratory "safe and effective", but "could not rule out definitively" a connection to a particularly rare type of clotting disorder said it would update the vaccine's product information.

These pathologies are "very rare", but "serious", and have "nothing to do" with the usual thromboses such as phlebitis (inflammation of a vein), explained Professor Dominique Le Guludec, president of the French health authority, during a presentation.

As of 16 March 16, 25 cases have been identified in Europe, resulting in nine deaths among people under 55 years of age, "including a majority of women".

In France, one case of the rare clotting disorder was observed in a 26-year-old woman, as well as two cases of  deficiency of blood platelets - in a 51-year-old man and a 24-year-old woman. In total, over 1.4 million doses have been administered, according to the French health authority.

Pending "additional data", those under 55 should be vaccinated with other products, such as those using messenger RNA, the health authority recommends.

Prime Minister Jean Castex announced Thursday that France would resume vaccinations against Covid-19 with AstraZeneca, after the conclusions of the European regulator.

Several European countries, including France on Monday, had suspended its use because of fears raised by cases of blood clots.

Luxembourg announced it will once again allow the use of the AstraZeneca vaccine from today.