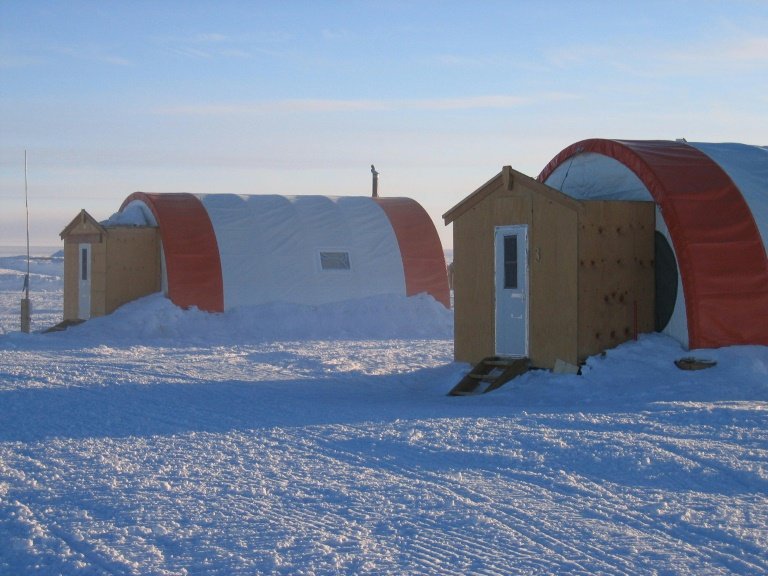 As the pace of global warming outstrips our ability to adapt to it, scientists are delving deep into the distant past, hoping that eons-old Antarctic ice, sediments and trees chart a path to navigate our climate future.

"What interests us is to understand how the climate works," says Didier Roche of France's National Centre for Scientific Research (CNRS).

At the Laboratory for Climate and Environment Sciences (LSCE), just outside Paris, the aim is to establish a comprehensive record of climate change dating back hundreds of thousands of years, to chart the repeated warming and cooling cycles the Earth has gone through and to try to understand what drives them.

Get that far and it becomes possible to determine what part humans play in the current global warming phase through the massive greenhouse gas emissions, principally CO2 and methane, that have come with industrialisation and population growth.

A key research tool are the cores of ice, some dating back 800,000 years, which contain tiny bubbles of trapped air and are drilled out at depths of up to 3.2 kilometres (two miles) by the European Project for Ice Coring in Antarctica (EPICA).

While the air bubbles reveal CO2 and other greenhouse gas levels, similar cores of sediment or tree ring records help build up the picture of Earth's climate.

From the gas bubbles "we can reconstitute the composition of the atmosphere," said Anais Orsi, researcher at France's Atomic Energy Commission (CEA).

Particles of dust meanwhile "can tell us if there were lots of forest fires in Patagonia or if Australia was going through a very dry spell," she said.

As for trees, with their very clear record of growth rings, "they can tell us about temperature, sunlight, humidity levels," said Valerie Daux, professor at the University Versailles-Saint Quentin, just outside Paris.

Levels of the carbon 14 isotope, which allow for a close dating of material, provide another line of investigation to establish "at what speed an ecosystem can adapt to climate change," said the CEA's Christine Hatte.

All the data is collected and processed to be put into climate models and then extrapolated into what appears set to be a much warmer future.

The United Nations Environment Programme (UNEP) warned this week the world was headed for disaster without an all-but-impossible 7.6 percent cut in annual fossil fuel emissions through to 2030 so as to limit global temperature rises to 1.5C.

Continue as we are, and even taking into account current Paris climate agreement pledges, the world is on track for an increase of 3.2C and possibly more.

The Paris deal committed nations to limit temperature rises above pre-industrial levels to "well below" 2C, and to a safer 1.5-C if at all possible.

But a trio of studies released this year showed that Earth had never warmed as uniformly or as quickly as it had in the last century.

Against this backdrop, the search for more detailed and more accurate climate change models becomes essential.

Roche noted that a global temperature increase of 6.0-8.0C would produce a "climate comparable to that of the dinosaurs," although he cautioned that a different land mass configuration at that time would have to be taken into account.

"At that time, New York was covered in ice one kilometre thick, with Norway under three kilometres and sea levels 120 metres lower than now," he said.

"We have disturbed our climate very sharply over a very short timeframe. The more we do that, the more it will change."