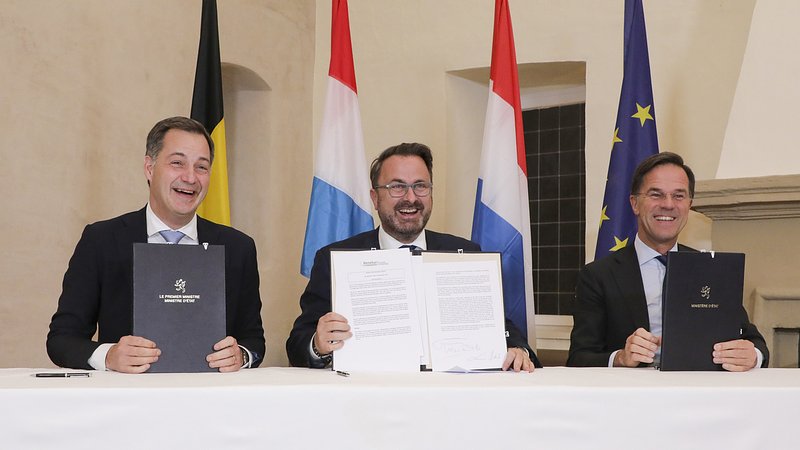 On Monday, the heads of state from Luxembourg, Belgium, and the Netherlands convened for a Benelux summit at Bourglinster Castle to discuss ways of jointly tackling problems in the greater region.

The focal points of the meeting were lessons from the pandemic, synergy within the greater region, and efforts to make the Benelux area safer, greener, and more competitive. Aside from Belgium's PM Alexander De Croo and the Netherlands' PM Mark Rutte, PM Xavier Bettel was further joined by Jean Rottner, President of the Summit of the Greater Region, and Hendrik Wuest, Minister-President of the German state of North Rhine-Westphalia.

Wüst showed himself convinced that the partnership between the countries should not only be nurtured in good times, but in particular, in times of hardship: "We discussed multiple crises and agreed that we can only solve them together. The pandemic has made that clear. It also showed how quickly old reflexes can reappear, such as closing borders, and the problems that can ensue."

The war in Ukraine was also part of discussions, with everybody at the table condemning the Russian invasion. Talking about the related energy crisis, PM Bettel committed to promoting shared solutions within the European Union. Nevertheless, he also emphasised that the level of inconvenience cannot overshadow the fact that people are still dying in the war on a daily basis.

I also warmly thank @HendrikWuest and @JeanROTTNER for joining our discussions during the second part of the summit. Cooperation with neighbouring regions is crucial in a wide range of areas, such as in the expansion of renewable energies and cross border issues. pic.twitter.com/y9F0v6aDdB