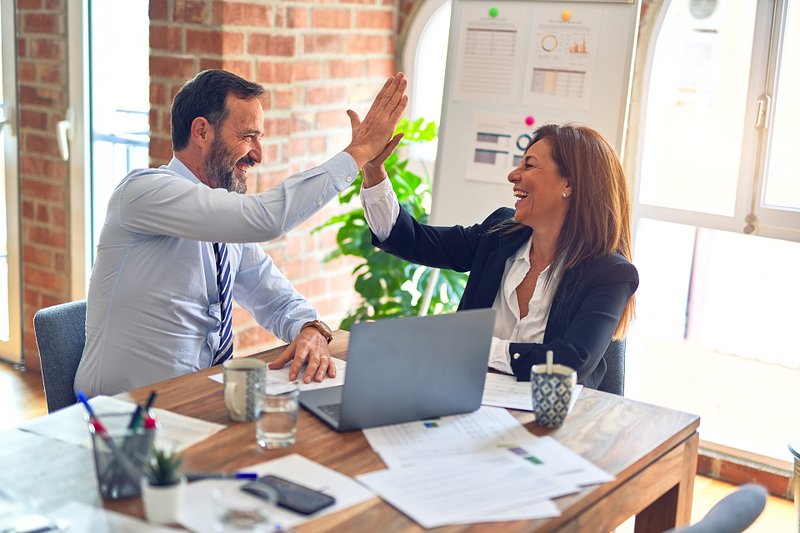 Women in Luxembourg earn about the same as men, reducing the gender pay gap to almost zero. This marks a milestone for the Grand Duchy, which must now address other gender disparities.

Tuesday 15 November is European Equal Pay Day, a symbolic event to remind residents that in the EU, women earn, on average, 13% less than men for equal work. "This means that for every euro a man earns, a woman will receive €0.87," the European Commission explains. This is the so-called "gender pay gap".

However, one country has managed to almost eliminate this disparity: Luxembourg. Eurostat estimates that the hourly pay gap in the Grand Duchy, which is already lower than in the rest of the EU, is just 0.7%. This means that a woman will receive €0.993 for every euro earned by a man in equal work, a difference of less than one cent.

In mid-October, the National Institute of Statistics and Economic Studies (STATEC) confirmed that "on average, equal pay for men and women has been achieved in Luxembourg." In fact, women have a higher median pay and a higher level of education than men. Compared to men, women are more likely to work in higher-paying professions, sectors, and large corporations.

In this regard, no other European country compares to Luxembourg. Neither the Scandinavian countries (11.2% pay gap in Sweden, 13.9% in Denmark) nor neighbouring countries (5.3% in Belgium, 15.8% in France, 18.3% in Germany). At 9.10am on 4 November, women across France marked the day from which point onwards they will be "working for free" for the rest of the year. 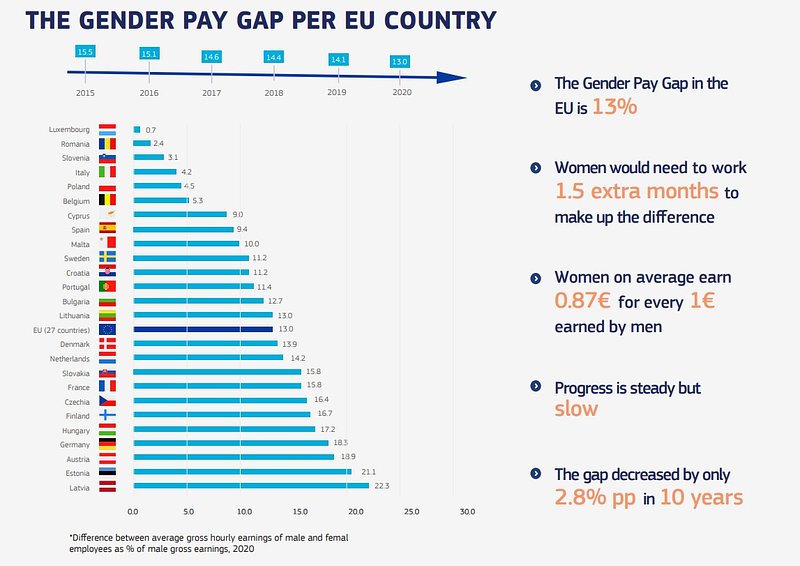 Nevertheless, there is still room for improvement in Luxembourg: while the hourly pay gap has nearly disappeared, annual pay is less equal. The reason for this is that "on average, men receive more end-of-year bonuses".

Another issue is that, despite more or less equal salaries, women are sometimes under-represented in certain sectors. And, sector by sector, their salaries are still lower than men's.

The same is true for age: younger women are paid the same or more than men, but the balance of power shifts around the age of 40. It will most likely take a few more years for equal pay to become a reality across all age groups.

Women also use part-time work more frequently, which affects their "income and pensions." In fact, the Grand Duchy ranks dead last in this category: women in Luxembourg have a significantly lower retirement pension than men. In terms of the retirement income disparity, Luxembourg ranks among the worst in Europe.