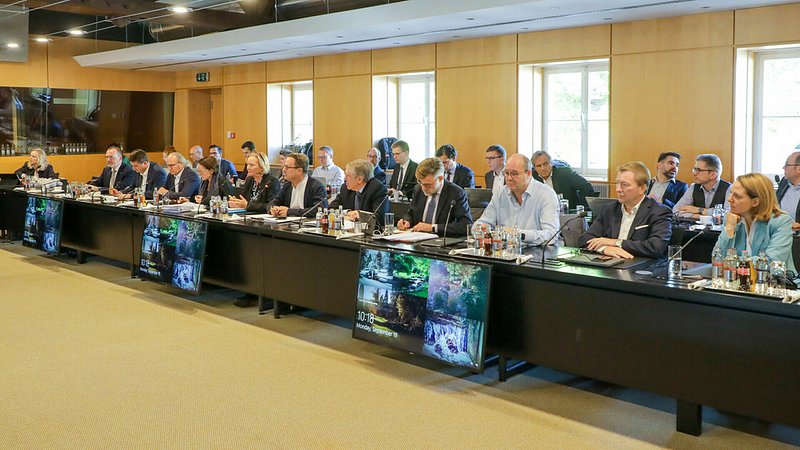 Our colleagues from RTL discussed the idea of curbing inflation with a limitation on energy prices with an economist from the University of Luxembourg, who argues that the measure might be counterproductive.

After the first day of negotiations, Prime Minister Xavier Bettel announced to the press that the government proposes to limit energy prices. How exactly would this measure work and what could be the negative consequences resulting from it?

According to RTL sources, the limitation would come into effect once the price increase reaches 40%. However, it is unclear whether this percentage is in reference to the price prior to the war in Ukraine or to the one that we currently have. In any case, the measure is hoped to curb inflation and prevent five index cuts from being necessary in the span of just one year.

Prof Dr Nils Löhndorf, economist at the University of Luxembourg, doubts the effectiveness of the measure: "I do not think that it is a good idea from an economic perspective. A price limitation always lowers the incentive of reducing energy consumption, which in return makes the measure counterproductive."

© SIP / Luc Deflorenne
The photos published on this site are subject to copyright and may not be copied, modified, or sold without the prior permission of the owner of the site in question.

The economist further explained that prices increase as long as the offer remains limited. Energy companies able to produce at lower costs can further take the elevated prices as an incentive to invest in their production capacities, including renewables.

Asked about the use of an excess profit tax to reallocate earnings, Prof Dr Löhndorf remained cautious and referred to an alternative solution: "The devil is in the details. One first has to assess who is making excess profits, which requires close analysis of long-term contracts. What could be done, however, is to introduce a higher tax rate for all energy producers, which would affect those with excess profits more significantly."

European Commission President Ursula von der Leyen recently proposed to have windfall profits reallocated among citizens. The EU is limited in terms of changing tax regulations since that is the responsibility of member states.