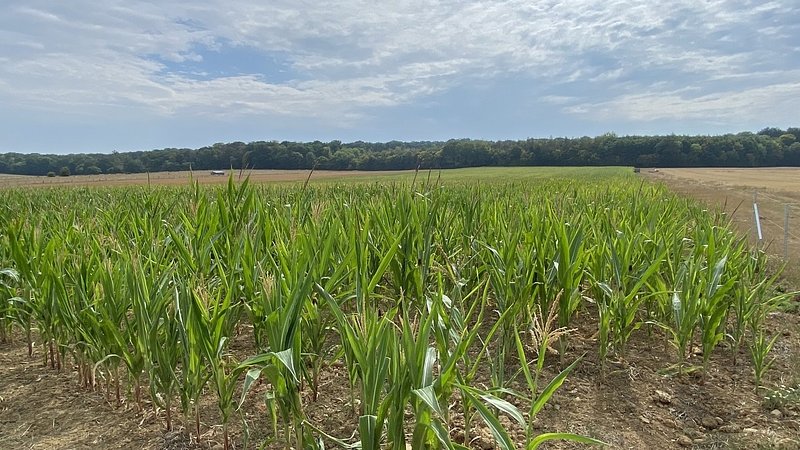 Luxembourg's farmers are among the groups particularly affected by the numerous international crises and want to discuss the situation with Minister of Agriculture Claude Haagen.

It is well-known that agriculture is dependent on the weather, Schroeder explained. Due to the current dry weather conditions, it is impossible to harvest grass and other crops from the fields, according to the President of the Farmers' Alliance, who added that if it does not rain, then no plants can go grow.

Schroeder stated that farmers have been dealing with this situation in Luxembourg "for weeks" but even in the months before, the Grand Duchy only experienced very little rainfall. "It is clear that we have had problems since the spring," Schroeder went on to say, pointing out that there was "less growth in the first and second cut and just after that, grass growth practically stopped for six weeks". Farmers also had problems with corn, despite the fact that it is a crop that can deal quite well with sunshine. However, according to Schroeder, corn crops have suffered to such an extent that they already have to be harvested in some locations, which naturally results in significant economic losses.

Besides the drought, Schroeder thinks that several other issues would also have to be addressed during the agricultural summit.

These issues include, for instance, the new agricultural law and the future of agriculture in general. The President of the Farmers' Alliance demands that a potential summit should feature all of the responsible government officials, such as Prime Minister Xavier Bettel, Minister of Agriculture Claude Haagen, Minister for the Environment Joëlle Welfring, and Minister of Finance Yuriko Backes.

In the autumn, politicians should focus on long-term solutions for the upcoming years instead of short-term measures, Schroeder demanded. In his opinion, the agricultural sector will be more than willing to support initiatives aimed at, for instance, adapting crops to the meteorological conditions.

But production costs cause constraints for both farmers and consumers. The sector fears that it could take months for the market to return to equilibrium.

In general, Schroeder thinks that the markets have been "turned upside down," which is why "we have to think about how to proceed". The President of the Farmers' Alliance also pointed out that if the price of a product increases while the farmers' production costs also skyrocket, then the farmers will not earn any more money than they did before.

However, Schroeder is also thinking about the consumers. Those with low and medium incomes suffer the most from the price increases, he acknowledged, stressing that "they should not be forgotten either".