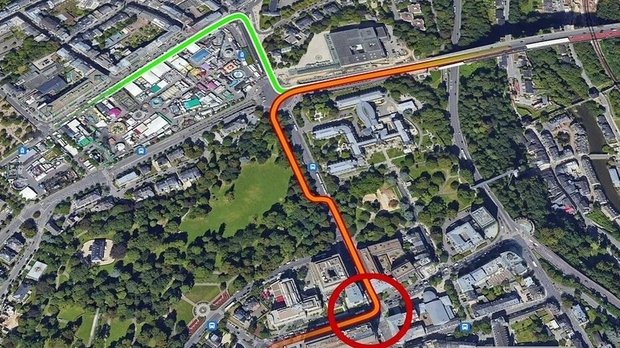 The non-profit nature association expressed concern that plans for a tram expansion along Porte-Neuve would see trees and bushes removed alongside the Kinnekswiss park, and suggested the cars should make way for the tram instead.

In a letter addressed to the City of Luxembourg and Minister of Mobility François Bausch on Tuesday, the Natur&Ëmwelt association asked for guarantees that any new tram construction would not adversely affect flora in the city's municipal park.

Spokesperson Selma Weber told RTL the association was not strictly against any future tram projects, nor did they wish to ban cars from the city. Instead, the association merely wanted assurances that the construction projects would not remove bushes and trees to make more space for a road which already experiences high volumes of traffic. Removal of flora would have catastrophic results for the city's climate and biodiversity, the association added.