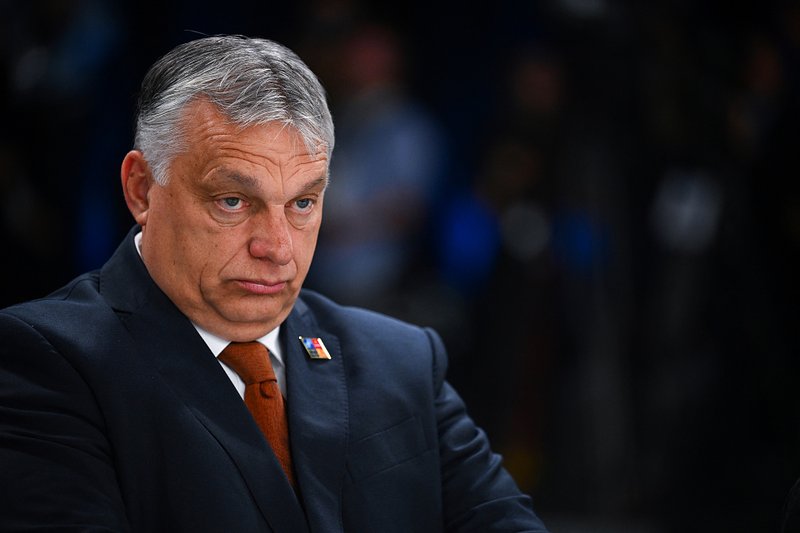 Hungary's Prime Minister Viktor Orban looks on ahead of a meeting of The North Atlantic Council during the NATO summit at the Ifema congress centre in Madrid, on June 30, 2022. / © GABRIEL BOUYS / AFP

Luxembourg Prime Minister Xavier Bettel was accompanied by his husband Gauthier Destenay to this week's NATO summit in Madrid.

NATO leaders and their partners were invited to a dinner at the royal palace on 28 June, where one image drew attention in particular - the sight of Destenay seated beside Hungarian Prime Minister Viktor Orbán, who last year introduced a controversial anti-LGBT+ law, which was widely condemned by human rights groups and also by Destenay's spouse himself.

Last June, Bettel spoke out against the law, calling it both ignorant and intolerant. Leaders of other EU member states also expressed their disagreement with the law, which sought to ban LGBT+content from daytime media, in a signed statement.

It was unclear if the seating arrangement at the palace dinner was purposeful, a nod to Pride month, or simple coincidence.  Destenay is  famously the first same-sex spouse of an EU member state leader, and has often accompanied his husband on state visits or to other summits.

The Spanish royal palace declined to comment on the matter.

Bettel and Destenay were later pictured alongside the Spanish royals in images circulating on social media.