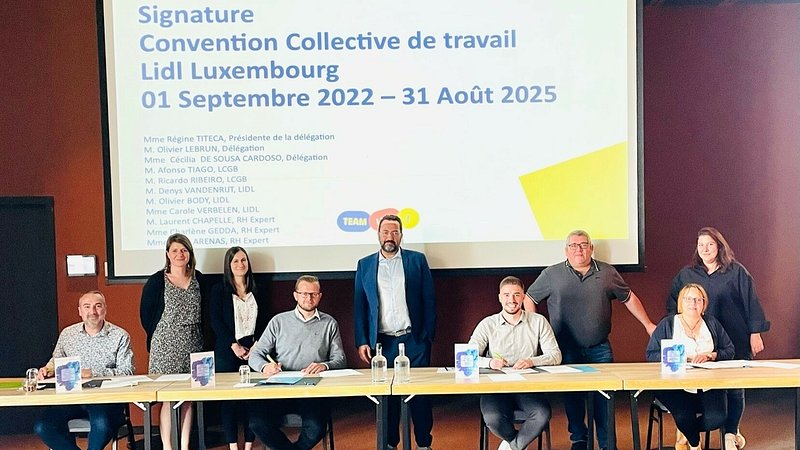 The Luxembourg Confederation of Christian Trade Unions (LCGB) has issued a press release to announce that they reached an agreement over a three-year collective contract with supermarket chain Lidl Luxembourg.

The agreement thus prolongs an already existing contract and stays in effect from 1 September 2022 until 31 August 2025.

In the respective press release, LCGB expresses satisfaction over the constructive negotiations, which have lead to a number of structural changes affecting employees' salary rates over the next three years.

According to Lidl Luxembourg, the supermarket chain employs 300 people across eleven stores here in the Grand Duchy.