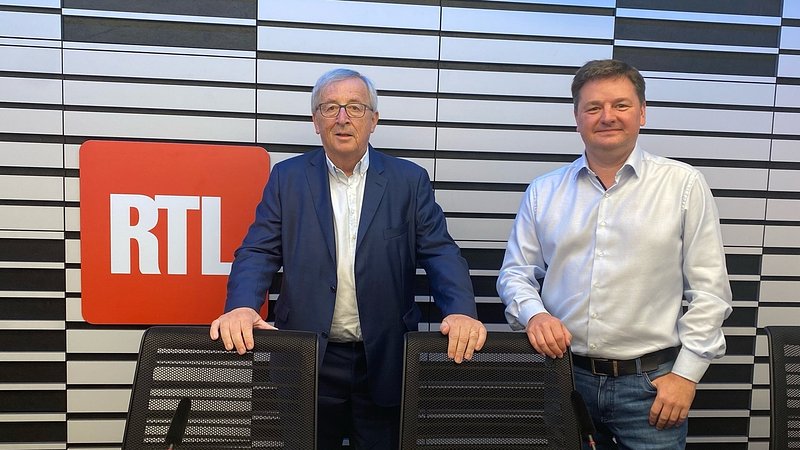 Jean-Claude Juncker, Luxembourg's former Prime Minister and the former President of the European Commission, was a guest on RTL Radio on Saturday afternoon.

In his interview with our colleagues from RTL Radio, Juncker denounced the war in Ukraine and stated that it would set relations with Russia back "into an atmosphere of the Cold War". The fact that the EU has granted Ukraine the status as a candidate is "completely understandable," according to the former President of the European Commission, who added that "any other signal" would have devastated the Ukrainian people.

Juncker stressed that no one should, on the other hand, "buy into the delusion" that this will be a quick and simple procedure. Given that Ukraine is still struggling to combat internal corruption and nepotism, Juncker warned that the country's leadership must not make the mistake of assuming that they are already part of the Union, stressing that "they are not and they won't be for many, many years". Ukraine, Juncker added, is "not an exemplary democracy, far from it".

He pointed out that negotiations with Serbia and Turkey have been ongoing for years, without any significant progress. "The status of 'candidate', in terms of joining the Union, does not mean anything, it's not an important step," the former President of the European Commission stated.

When asked about the former Minister of Finance Pierre Gramegna's bid to lead the European Stability Mechanism (ESM), Juncker said that he "does not really understand it". He explained that the position "requires a lot of travelling and comes with significant responsibilities" and would thus go completely against the reasons Gramegna cited for stepping down. At the time, Pierre Gramegna stated that he would resign as Minister of Finance in order to spend more time with his family.

Regarding the housing crisis, Luxembourg's former Prime Minister stated that solutions from several different angles are required to solve the problem of overvalued land. For one, the property tax should be "substantially increased," and Luxembourgish landowners should stop speculating with their land to inflate selling prices, according to Juncker.

The former Prime Minister acknowledged that the housing crisis was his "greatest defeat". He predicted that social cohesion, public finances, and housing would be the dominant topics of the next national elections.

Juncker thinks that the last tripartite meetings were convened "too late," which could explain the abrupt end and the refusal of the Independent Luxembourg Trade Union Confederation (OGBL) to sign the final agreement. However, the former Prime Minister argued that a "modulation" of the index is "appropriate" to avoid bankruptcies of smaller businesses in particular.

'There is still a need for a people's party'

If he had to choose a political party today, he would re-join the Christian Social People's Party (CSV), Juncker said. The CSV, according to Juncker, continues to stand for ideas that he holds dear: a Christian social doctrine devoid of mindless allegiance to the Church. The former Prime Minister acknowledged, however, that the CSV is currently "not in good shape". He welcomes the party's recent rebranding and effort to make a fresh start and believes that it will continue to be relevant in the future. Despite the fact that the CSV "has to find its way back to its core ideas," Juncker believes that there is still a need for a people's party.

Jean-Claude Juncker stated that he has "no intention" of returning to active political life. Regarding the 2023 national elections, Juncker thinks that the current political climate favours smaller parties.

Finally, Juncker explained that he does not regret the departure of the CSV's former party president Frank Engel, who left the CSV to establish his new party called 'Fokus'. According to Juncker, Frank Engel "gave up too easily," after running into internal problems.