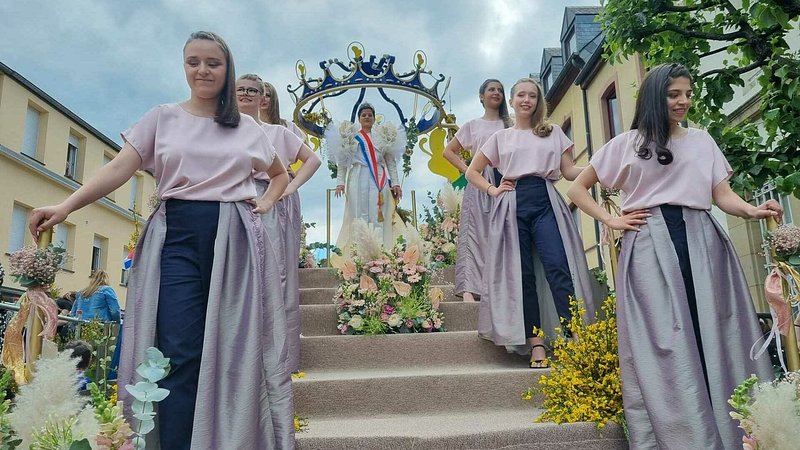 On Whit Monday, the traditional Gënzefest celebrating broom flowers returned to Wiltz after a two-year hiatus caused by the pandemic.

In 1948, Tony Mander, a photographer from Wiltz, organised the event for a first time. The motto of this year's Gënzefest was 'Giant Toys', which lead to some creative dress-up ideas.

The focus of the celebratory event is the common broom, a yellow flower that grows in the north of the Grand Duchy.

Participants and visitors of the local parade were graced by fabulous weather on Sunday.

"Gënzefest" in Wiltz (06.06.2022)
The photos published on this site are subject to copyright and may not be copied, modified, or sold without the prior permission of the owner of the site in question.

Ketty Scheer, a Wiltz resident, was crowned Queen of the 2022 Gënzefest edition.