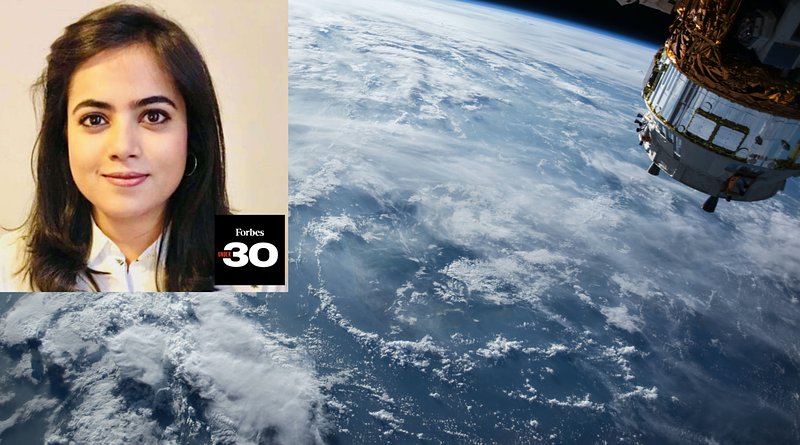 Born in England and raised in Luxembourg, Hannah Rana has risen through the ranks to become one of Forbes magazine's "30 under 30" in the science category.

Despite her remarkable career, Hannah Rana recounts the highlights of her life with great humility. Born in London, the researcher remains very attached to Luxembourg, where she arrived at the age of seven. In fact, Rana describes Luxembourg as "my permanent home", since both her friends from school and her family live in the country. Speaking to us from her parents' house, where she returns from time to time, she tells us how her career path led her to be featured in Forbes, the prestigious US business magazine.

Because I am a woman, I have to surpass others to be taken seriously.

A PhD in space cryogenics

From an early age, Rana was fascinated by science and mathematics, stating that she "always knew" that she would one day work in this field.

After completing her secondary education at the European School in Kirchberg, she returned to her native country to study engineering.

Through determination and, as she admits, "a few privileges", Rana gathered experiences at several prestigious institutions. She worked for CERN (European Organization for Nuclear Research) in Geneva and the European Space Agency in the Netherlands before being hired by NASA's space flight analysis and design department. She also completed her PhD in space cryogenics at Oxford University and published several scientific papers during this time.

But finding a place for yourself as a woman in a predominantly male environment is not always easy: "Sometimes very well-known companies in England organise internships with limited places. All students want to apply. When a girl is selected, some boys say it's for diversity. This has always felt like an added layer of pressure to me. Because I'm a woman, I have to surpass others to be taken seriously."

Forbes: "I didn't even know about it"

Her research into the development of cryogenic instrumentation and detectors is attracting attention. However, Rana stresses that "cryogenics is not about freezing people" (= cryonics). She explains that the detectors that are used in space to make discoveries produce electromagnetic radiation. This "thermal noise" must be eliminated so that it does not interfere with what researchers are trying to detect. To do that, the detectors "need to be cooled down to extremely low temperatures".

Forbes magazine featured her in its "30 under 30" Europe 2022 list (which brings together thirty influential people under the age of 30), in the Science and Health category. "Some people nominated me, I didn't even know about it," Rana admits.

Thousands of European applications were meticulously examined by jury of experts to create this selection.

Only 30 candidates are selected for each category. Rana says that she is "really honoured that such a prestigious magazine selected me for one of its rankings. It gives me the responsibility and the desire to push my research even further."

Luxembourg has become a Space Silicon Valley in Europe.

A return to the Grand Duchy?

Today, space has become Luxembourg's new playground. In 2017, the government passed legislation guaranteeing space mining companies full ownership of their findings, encouraging the development of the sector. Since then, a large number of space-related start-ups have taken up residence in the Grand Duchy: "Luxembourg has become a Space Silicon Valley in Europe," Rana acknowledges.

And according to the researcher, industrialising space would have many advantages. She explains that, for example, the manufacture of certain metals requires very high temperatures. When the sun's rays hit a surface in space, it becomes incredibly hot.  Moving this type of production to space would result in less pollution on Earth, Rana explains.

While Rana is optimistic that it will be possible to buy "a ticket to go into space" in just "10 to 20 years", the research scientist regrets that this experience could end up becoming exclusive to the rich. "I would like to see opportunities for everyone to go," Rana says, "for example by winning places on merit".

The researcher may well consider a future in Luxembourg in light of this rising offer. "I had offers to work here, but I couldn't say no to NASA," Rana says, adding, however, that she believes it is "inevitable" that she will return to Luxembourg to work in the future.