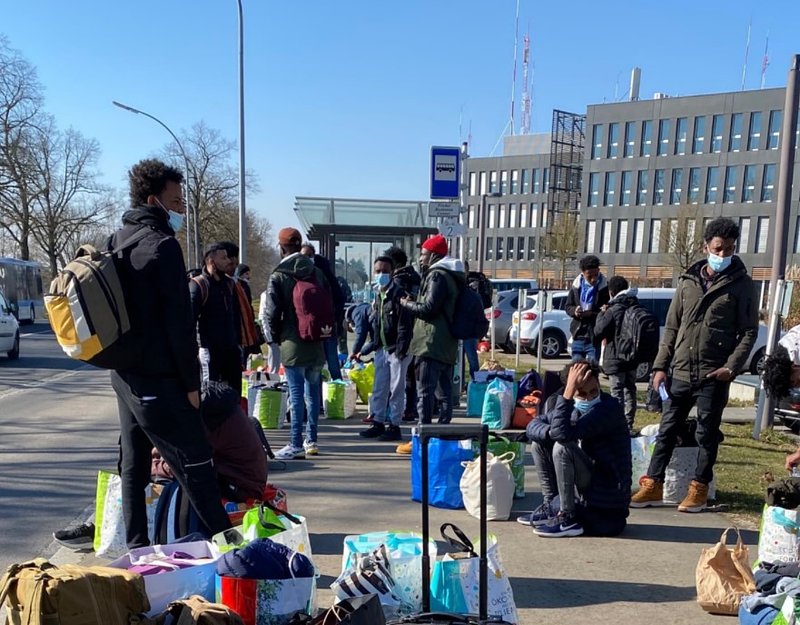 RTL Today spoke with Mohamed, an asylum seeker from Tanzania, who says that at least 50 people from a range of countries were evicted from a shelter in Kirchberg at short notice in order to provide space for Ukrainian refugees.

According to information provided by Mohamed, and later confirmed by the responsible ministry, on 3 March asylum seekers staying at SHUK (Structure d’hébergement d’urgence au Kirchberg) were told that the facility would be limited to Ukrainian refugees only.

SHUK is a 24/7 emergency shelter that provides accommodation, food, and assistance for vulnerable new arrivals to the Grand Duchy.

The following day, 4 March, immigration agents arrived and told Mohamed and others staying at SHUK that they had a few hours to collect their belongings and leave the facility. RTL Today understands the individuals affected came from a range of countries, including Iraq, Syria, Afghanistan and countries in north, east, and west Africa.

Unsure where to go, social workers suggested the asylum seekers go to the Winter Action (Wanteraktioun or WAK) homeless facility in Findel because they were now officially homeless. Mohamed says approximately 50 to 80 individuals were evicted.

WAK is a joint government and NGO humanitarian initiative which aims to prevent homeless people from falling victim to hypothermia during the colder part of the year. It opened for the winter on 1 December and runs through to 31 March.

Mohamed told RTL Today that the affected individuals were subsequently accommodated by WAK. However, he alleges that the living conditions at WAK are inadequate to cater for the needs of asylum seekers. 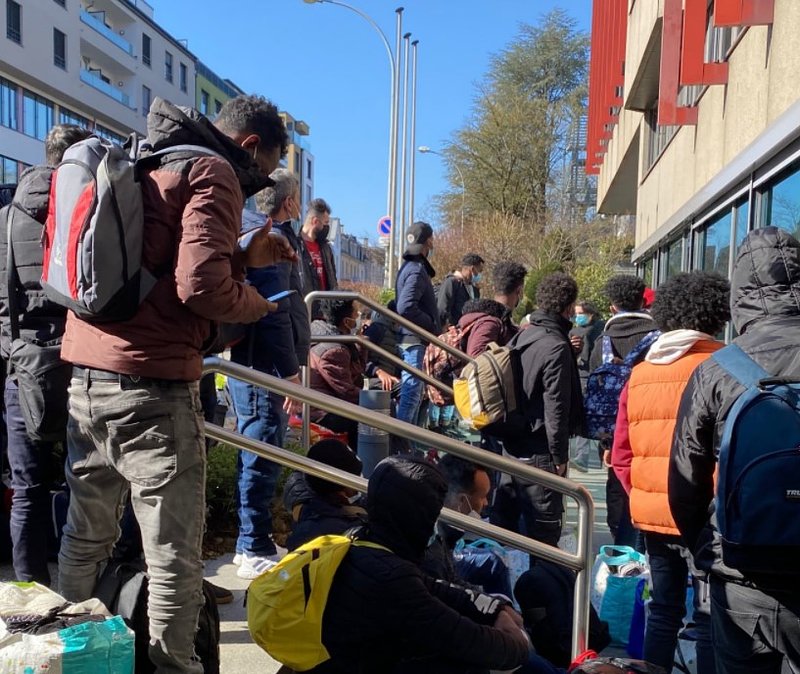 On 4 March, the affected individuals gathered outside the Immigration Directorate to protest the move. / © Image provided to RTL Today

Upon request, the Ministry of Foreign and European Affairs (MAE) referred RTL Today to a statement made by Minister of Foreign Affairs Jean Asselborn during a press conference on 9 March. In his remarks, Asselborn confirmed that approximately 70 people were moved from SHUK to WAK where 'great shelter' was being provided.

Asselborn added that all the affected individuals are currently undergoing the Dublin Procedure, which seeks to establish which country is responsible for deciding on an applicant's claim for asylum. The process can take up to eleven months.

Asselborn said the facility in Findel will be available to the asylum seekers until October.

RTL Today understands that the MAE made the decision to transfer the asylum seekers as the facility at SHUK is larger, with 200 beds available. The ministry therefore preferred to keep the Ukrainian refugees together in one location.

We also requested comment from the ministry responsible for WAK but, at time of publication, have yet to receive a reply.

It seems Mohamed, at least, would contest Asselborn's claim that the offer was 'great'. Mohamed, who is gay, fled his native Tanzania in 2017 after his home government found out about his sexuality.

Homosexuality in Tanzania is a taboo subject, with consensual same-sex acts punishable by life imprisonment.

After living for a while in Spain and then Germany, where he said he faced violence and discrimination, he moved to Luxembourg where his case is being processed under the Dublin Procedure. He is currently appealing an administrative decision to transfer him back to Germany.

Mohamed says the conditions in SHUK, where he had been living for months, were poor, with many suffering from physical and mental illness, and Covid-19 spreading "like wildfire".

However, he finds the decision to force the asylum seekers out and instead classify them as homeless to be cruel. Mohamed adds that WAK is not a suitable place for housing refugees.

He suggests that the Luxembourgish government prioritised the Ukrainian refugees for public relations reasons. He asks of him and his fellow asylum seekers, who also escaped war, discrimination and violence: "Where are our human rights?"