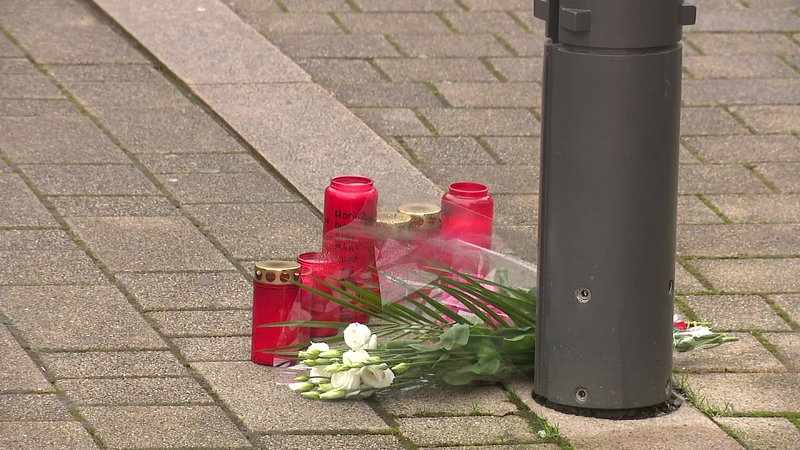 In January 2021, an 18-year-old man was fatally stabbed in Bonnevoie. Shortly after the incident, two minors were arrested.

A year on, candles and fresh flowers are placed on 'Cour du Couvent' in Bonnevoie, where 18-year-old Rafael was fatally stabbed by two minors in the street. The alleged perpetrators were at the time aged 15 and 17.

The death of the teenager provoked numerous political reactions, both at local and national level, with numerous plans for reforms underway.

Some criticised the influence of social networks such as Snapchat, while others highlighted the psychological impact of lockdowns on young people. The incident also led to discussions about broader topics, such as the role of parents, family, and schools, as well as violence and social isolation.

The investigation is still underway. Checks and various expert reports are said to take a long time. The examining magistrate has to wait for the reports before they can draw their conclusions.

In such a serious case, two judges are in charge. At the level of what actually occurred, an examining magistrate investigates both for the prosecution and the defence. A juvenile court judge is responsible for the follow-up of the minor and his family. For serious offences, a minor over the age of 16 can be prosecuted like an adult. This has not yet happened in the case of Rafael's murder.

As for the two alleged perpetrators, the judicial authorities have stated that one of them is still in the Security Unit (Unisec) in Dreiborn, a closed juvenile unit operated by the Socio-Educational Centre. The other is at liberty but remains very closely supervised.

The full report by RTL Télé in Luxembourgish: