Search
Anti-coronavirus restriction demonstrations on 11 December 2021
© Domingos Oliveira
The photos published on this site are subject to copyright and may not be copied, modified, or sold without the prior permission of the owner of the site in question.

More than 20 protestors have been arrested in Luxembourg City as water cannons were deployed against demonstrators and the Christmas market was forced to temporarily close.

Police had created a specific zone in the capital for protests against the government's coronavirus measures, but were forced to intervene after the perimeter was repeatedly breached.

By the early evening, 13 people had been arrested by officers at the scene. One police officer was apparently hit with a fire cracker, but escaped unharmed.

According to police estimates, around 500 people participated in the protests.

After breaching the protest zone, one group of protesters tried to go to the city centre via Avenue de la Porte-Neuve. At this point, a water cannon provided by Belgian police was used to push them back to the Schuman roundabout, where they were monitored by the police.

Another group of protestors then started making their way to Grand Rue at around 5pm, with the goal of reaching the Christmas market on Place d'Armes.

This forced police to temporarily close down the Christmas market on Place d'Armes, with Mayor of Luxembourg City Lydie Polfer stating that the protestors were to blame for the development.

The Christmas market has now reopened.

Around 50 protesters seemed unwilling to leave the centre started walking towards the 'Gëlle Fra' national monument at around 5.30pm, but they have since been dispersed.

Police units have reportedly been stationed in front of the Chamber of Deputies and the private home of Prime Minister Xavier Bettel. 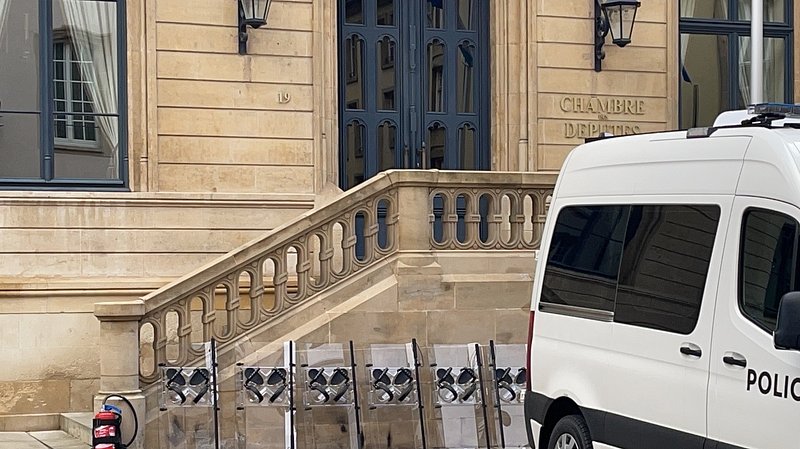