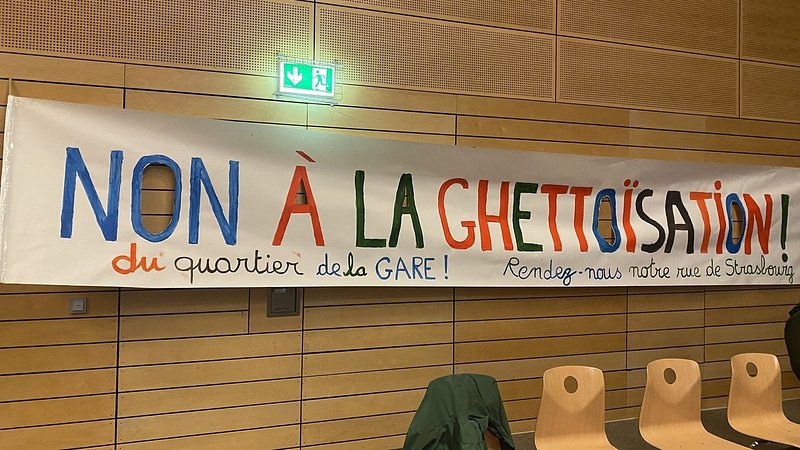 Mayor Lydie Polfer opened the meeting by apologising for flaws in the invitation process, which lead to some residents not receiving a letter.

The Luxembourg City Mayor further underlined that the situation in the Gare district is "unacceptable". She conveyed her determination to find a solution which is supported by the people, especially to combat drug crime, homelessness, and littering.

Minister for Internal Security Henri Kox explained that police officers will be given the right to intervene and remove homeless people who find shelter in doorways.

An analysis of surveillance camera footage will be done to assess the efficiency of those already installed and determine whether additional units are needed. The study is expected to be finished by the end of this year or in January 2022 at the latest. Minister Kox underlined that cameras are useful in solving crimes, but that they do not increase safety, as has become evident from their long-term use in the Luxembourg City district.

It was also emphasised that the police are doing their work conscientiously, with close to 700 monthly checks in the area. Additionally, about 560 identity checks are made per year. Over the past two months, officers showed local presence for over 700 hours. Finally, it was announced that officers are to be equipped with bodycams and canine units.

Locals were also able to voice their concerns during the open council meeting. They argued that the problems are real and that they feel uncomfortable or even scared, especially for their children. Police officers should not just "stroll around", but act.

People also demanded that the local police stations improve their schedules, given that one has to take an appointment to report an incident. Furthermore, many made the case that prostitution in the Gare district is not being tackled seriously.

People concluded that they are tired of repeating the same cycle of meeting and complaining, followed by a lack of inaction from authorities. They also made it clear that they want to have a security firm reinstated in the area.

Mayor Polfer acknowledged: "We have been hearing the same complaints for years and tried to act to the best of our abilities as a municipality. We increased the presence of street workers and launched the 'At Your Side' initiative to support the people."

Minister Kox further underlined that significant investments into the police force have been made over the past ten to 15 years: "Mea culpa. I cannot solve the problem in just two years, but what I can do is focus on recruitment and see to it that the campaign turns out to be a success. And that is exactly what we are doing right now."

State prosecutor Martine Solovieff was also present at the meeting and elaborated on the significant number of cases that are continuously being treated. Luxembourg City prosecutor Georges Oswald used the opportunity to remind politicians that it is not enough to increase the number of police officers: "Not only the prosecution, but all legal departments need to be reinforced by the same amount, otherwise police work will be all for nothing."