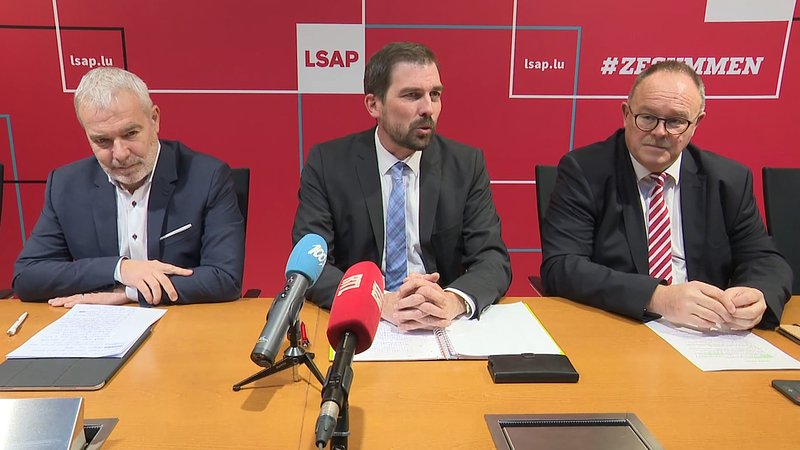 Government ministers Dan Kersch and Romain Schneider have officially confirmed their resignation from their ministerial roles.

LSAP MPs Schneider and Kersch will be replaced by Claude Haagen and Georges Engel respectively.

For Romain Schneider, who has held the posts of Minister of Agriculture, Viticulture and Rural Development and Minister of Social Security, the decision marks the end of a 12 year career in government as he moves into retirement. Schneider said the last few months in particular had been incredibly difficult and he had taken the decision to step down in favour of looking after his own health. He wished his successor well and expressed optimism for the future of the LSAP in the next elections.

For Dan Kersch, deputy Prime Minister and Minister of Labour and Sport respectively, the decision to step down from government will not mark a full departure from politics. Kersch will continue to carry out his duties as an MP and has not ruled out a return to local government. He will be replaced by Georges Engel after Mars di Bartolomeo and Dan Biancalana declined the position as representative of the LSAP in southern Luxembourg.

Kersch said he no longer felt he could give 100% to his roles after eight years in government, and hoped to make way for a more worthy candidate.

Minister of Health Paulette Lenert will replace Kersch as deputy Prime Minister. The LSAP general council will vote on the proposals in eight days' time.

Elsewhere in the party, Diekirch mayor and MP Claude Haagen will move up the list to replace Romain Schneider. Carlo Weber will also join the Chamber of Deputies, while Yves Cruchten is expected to become the new party president in government.