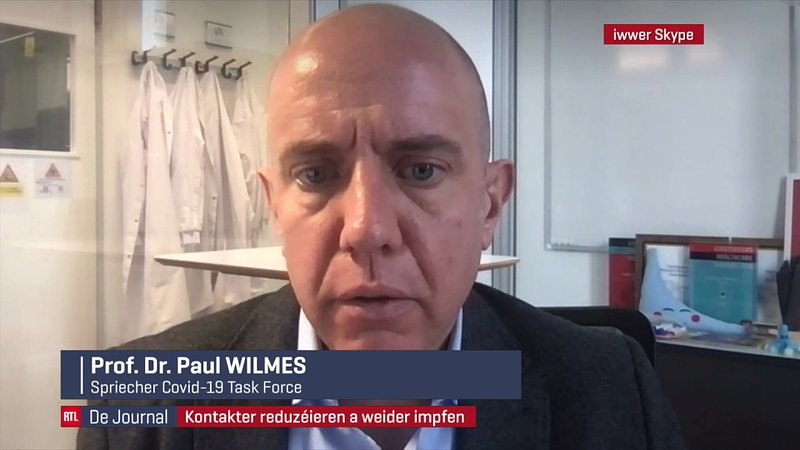 Our colleagues from RTL talked to the spokesperson for the Covid-19 Task Force about the most recent developments in and around the pandemic.

Last week, the Task Force warned of an exponential increase in new infections, especially given that the vaccination rate in the country has been stagnating since the summer. Prof Dr Wilmes commented: "We are facing two problems at the moment. For one, most people's vaccine immunity has already decreased, for another, the more contagious Delta variant remains prevalent in the country."

Social activities have also taken up in pace over the past few months. Since Christmas is slowly yet steadily approaching, an increasing number of events are further held inside. Prof Dr Wilmes therefore underlined the importance of booster shots, of which he hopes that an average of 2,000 doses can be administered on a daily basis. He noted: "If we start right away we should be able to see an impact by late January or early February."

The Task Force spokesman also addressed testing and emphasised that now is not the time to decrease efforts. People in the research community have meanwhile issued a plea that large-scale private events be postponed to spring next year.