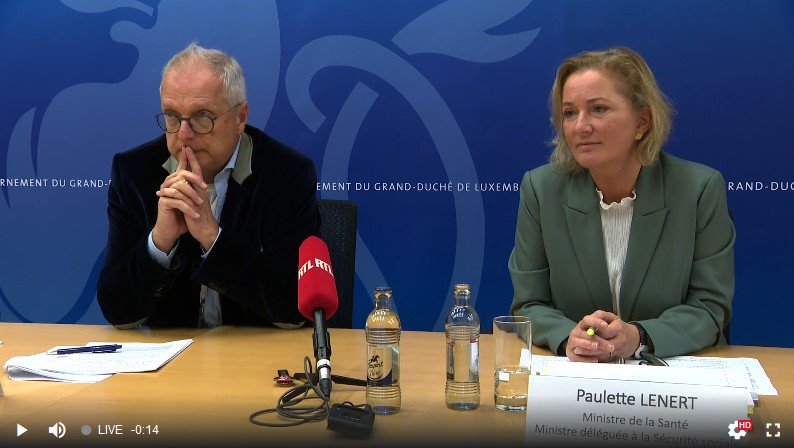 Luxembourg is experiencing its fourth pandemic wave, witnessing a seasonal spike in infections.

The minister also pointed out that 83% of hospitalised patients are not vaccinated. "The risk of hospitalisation is 15 times higher for unvaccinated individuals", Lenert said, citing data. Currently 29 patients are in standard hospital care, with nine in intensive care. One patient has died since yesterday.

One patient has been taken in from Arlon.

With the new Covid law announced two weeks ago, more people are getting vaccinations - over 3,000 per week instead of the "usual" 2,000 before. Last week even saw 5,000 people flock to vaccination centres and GP offices.

Over 75% of people over the age of 12 have received at least one shot, but Lenert said she expects at least 10% of the population never to be convinced that it is the right choice for them, despite the government's information campaign.

People vaccinated with Johnson & Johnson have received an invitation for a mRNA booster jab. It is a recommendation, Dr. Schmit underlines, not a must. There is no information as of yet about potential boosters for people vaccinated with an mRNA vaccine or AstraZeneca.

The government was offering free tests to those who have to wait longer than 1 November for their second jab, but that date has been pushed back to 10 November. People who are unable to get a vaccine for medical reasons can continue requesting free test vouchers.