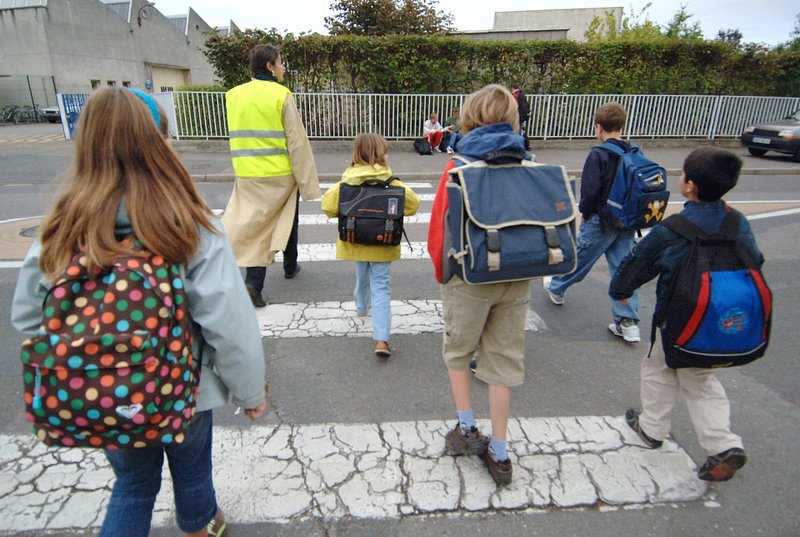 The municipality of Luxembourg City has launched a pilot project called "Pedibus" or "walking bus" to organise a healthy, safe, and environmentally friendly way for primary school students to get to school.

Like a bus, the idea of the "Pedibus" is to propose "lines" that serve a neighbourhood with timetables and stops on a route that the children will take on foot.

They will of course be supervised by at least two adult chaperones, who will welcome and guide the children to their destination: school in the morning, and the nearest stop to home on the way back.

The project will be implemented at the end of September with about twenty pupils for three lines. Two in the Cents neighbourhood serving the sports and school campus in Rue Léon Kauffman and one in Bonnevoie for the school in Rue des Vergers.

The routes comprise between four and six stops and vary between 600 and 1,000 m for a maximum duration of 30 minutes. 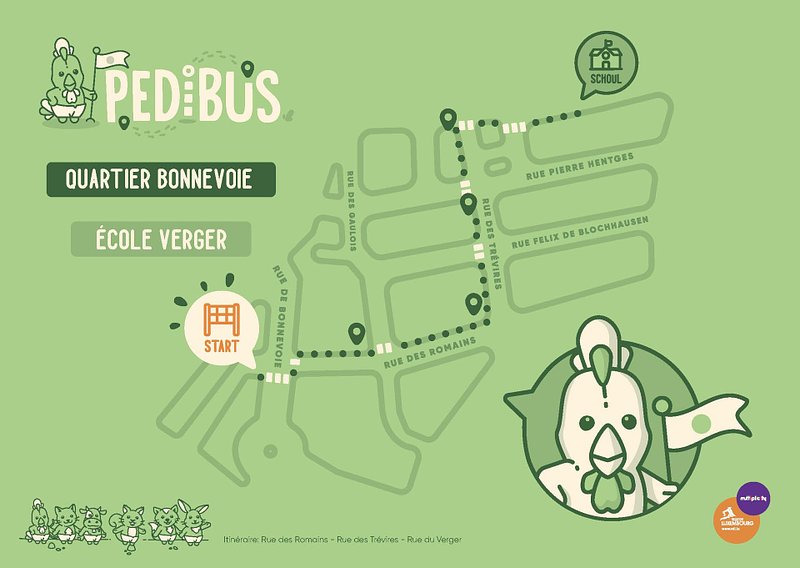 The capital's municipal authorities intend to achieve several objectives with the "Pedibus".

Firstly, the project is meant to encourage soft mobility by travelling on foot.

Secondly, increasing safety around schools by reducing the traffic load caused by the use of private cars.

Finally, the "Pedibus" is meant to raise children's awareness of road safety and environmental protection from an early age. In addition, the programme aims at strengthening cohesion between the inhabitants of the neighbourhood.

To use the service, children must sign up. Interested parties can find information and an application form for the lines currently set up on the municipality's website.