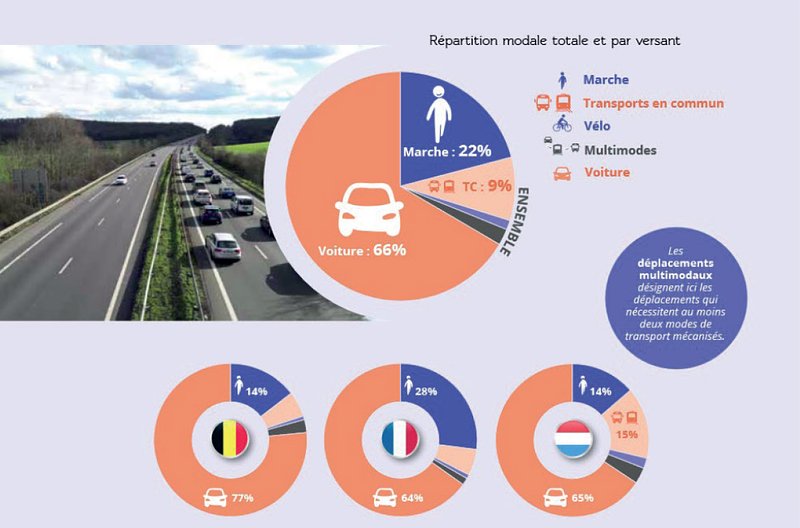 The Luxembourg Institute of Socio-Economic Research (LISER) conducted an extensive poll, which included about 57,000 participants.

An average of 4.7 million movements are recorded in the Greater Region between Luxembourg, Belgium, and France on a daily basis. This equals about four movements per person, considering that 1.7 million people live in said region.

This does not solely include commuting, but any form of movement outside the house.

66% of this mobility is done by car, one fifth on foot. Only every tenth trip takes place with public transport.

On average, people commute about one and a half hours per day, with most taking at least 30 minutes. A third of daily movement is related to work.